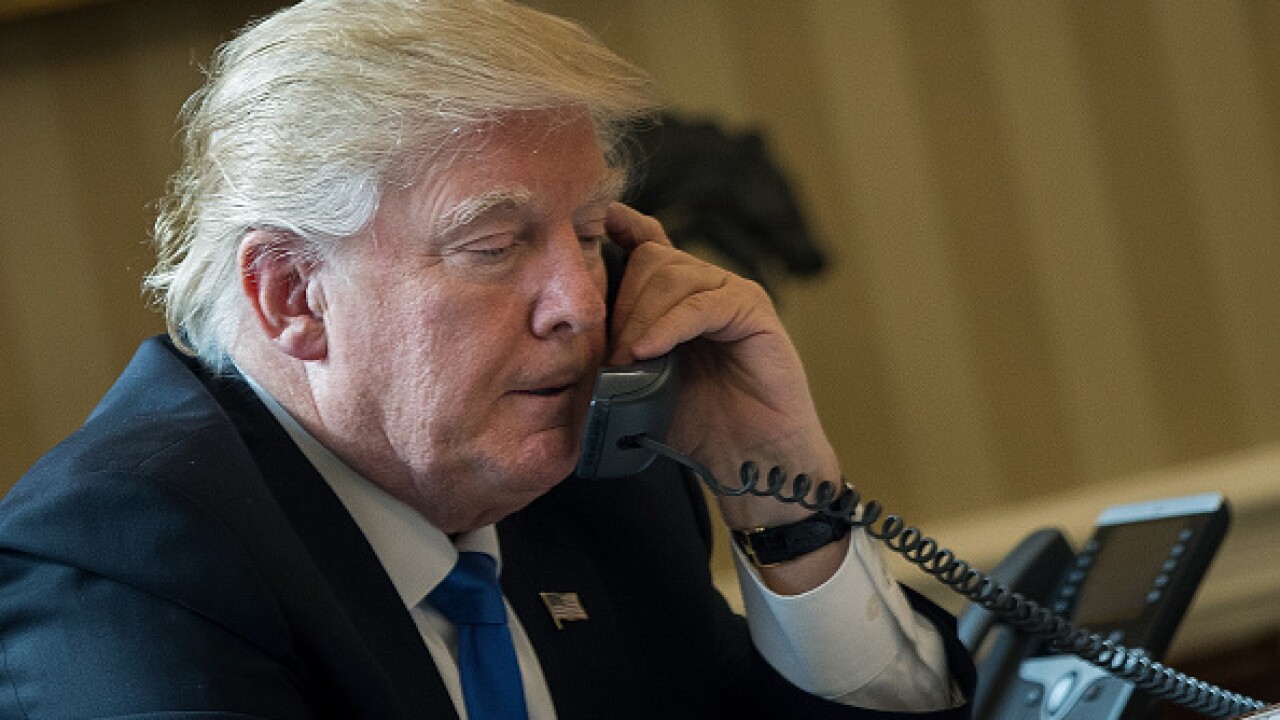 In early June, I joined a small CNN crew on the little ferry — which leaves only during calm weather — to Tangier Island, Virginia. Located in the middle of the Chesapeake Bay, less than 100 miles from Washington, the island has no cell phone service.

So if you are out on your boat crabbing — like the mayor of Tangier was on Monday — and expecting a call, it may take a while to get to the nearest phone, no matter how important the caller.

After talking with residents for two days, we did a story about how sea level rise and erosion is expected to wash away this island in as little as 20 years.

The people of the town made it clear that they needed help protecting the island. That’s when the mayor of Tangier made a plea to President Trump for help.

The phone rang — and it was the President

“My wife said only an expected call from Trump would get me off the water on a Monday morning,” Mayor James “Ooker” Eskridge said.

The mayor said he was out crabbing on the bay, as he does every day, when his son drove up in his boat to tell him to “get home and wait by the phone; the President wants to talk to you.” Eskridge didn’t believe his son at first but eventually decided to head in. Sure enough, about 2 p.m., the President called his home.

Eskridge said the President told him that “one of his staff members told him he needed to see this CNN report on Tangier,” and he watched it that morning. Trump saw in the report that 90% of the island voted for him and thanked the mayor for the support.

Trump also heard Eskridge say in the CNN story how he loved the President as much as anyone in his family. Eskridge said Trump told him, “I’ve got to talk to this guy.”

However, studies show that sea level rise is affecting Tangier at an alarming rate. A graphic from the the Army Corps of Engineers shows what the island will look like in the next century if nothing is done. In fact, Tangier is losing up to 16 feet of shoreline per year. On an island that’s only 1.3 square miles, that’s significant.

“The sea level rise, I just don’t see it,” Eskridge said. “The reason we’re focused on erosion is because we can see it. Erosion will take us away long before sea level rise will.”

In speaking with the CNN crew, the mayor and his inner circle all agreed that regardless of what’s causing it, Tangier is shrinking, and fast. They are sick of being studied and want something done.

Eskridge told Trump that he hoped the President would cut down the time on studies and maybe help with funding a sea wall. But he said they didn’t go into detail about the wall, which the mayor says Tangier needs to survive, or about the jetty the island is expected to get next year for erosion of the harbor.

But Eskridge said the President told him, “If you are ever in Washington, I want to meet you, and I want you to stop by.” Eskridge wants to take up President Trump on his offer and has some people working on it to make it happen.

“I know you don’t just stop into the White House,” he said. He’s hoping he can sit down to talk to the President about the logistics of saving Tangier.