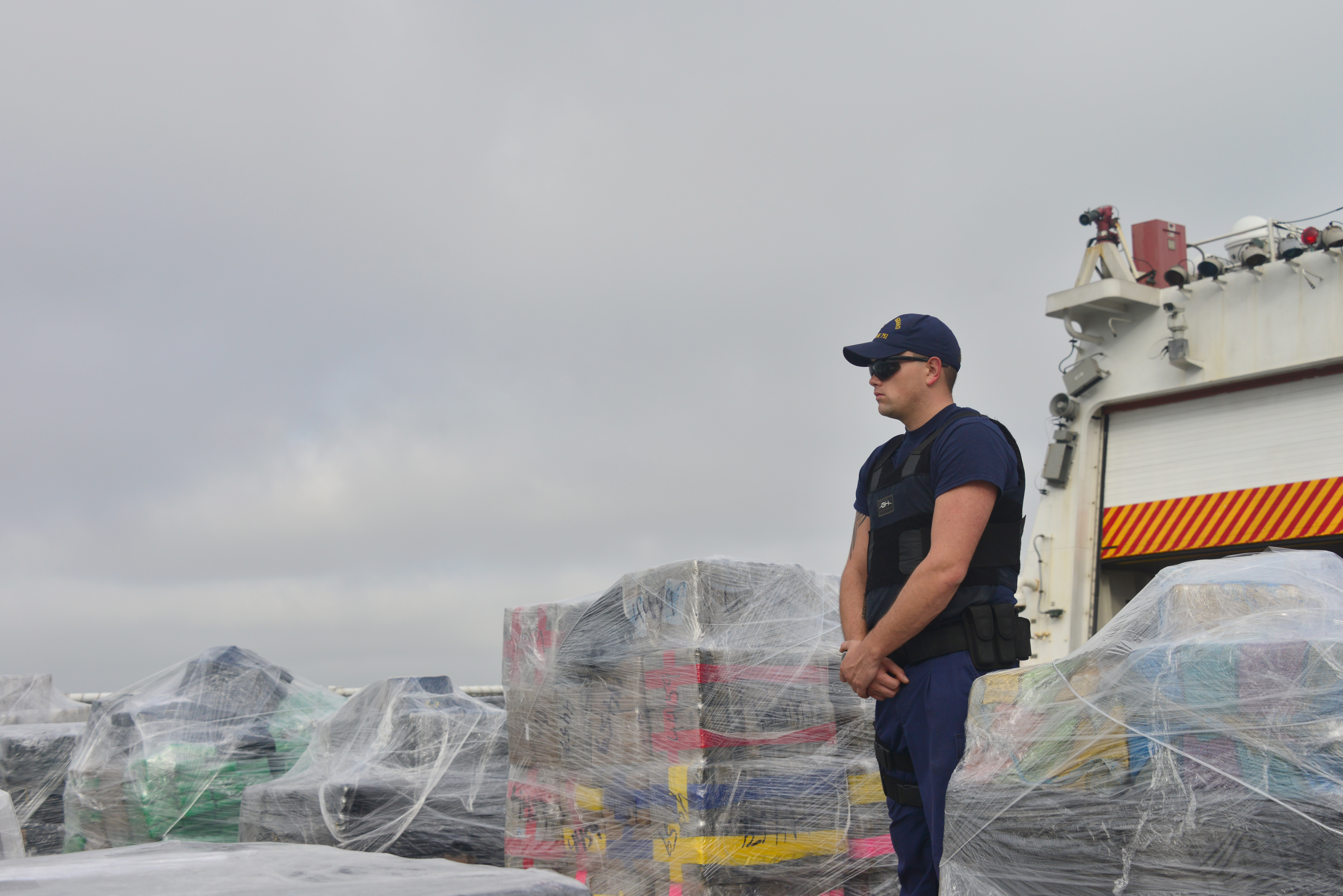 In keeping with the notion that nothing really happens until it’s posted on social media, the US Coast Guard took to the web to tout its latest high-seas haul of illegal drugs.

The drugs, stacked on pallets and surrounded by crew members of the Coast Guard Cutter Waesche, went on display Thursday at the 10th Avenue Marine Terminal in San Diego.

The 36,000 pounds of cocaine, with an estimated street value of a half-billion dollars, had to be lifted off the vessel by cranes.

The drugs were seized between March and June in the eastern Pacific Ocean, the Coast Guard said in a statement. Ten cutters took part in the operation, centered along the Central and South American coasts.

The narcotics were turned over to the Drug Enforcement Agency for processing into evidence.

The US Coast Guard last fiscal year seized more than 416,600 pounds of cocaine and took 585 suspected smugglers into custody from the eastern Pacific, the Coast Guard statement said.