What’s the future of coal country? These grads aren’t sure 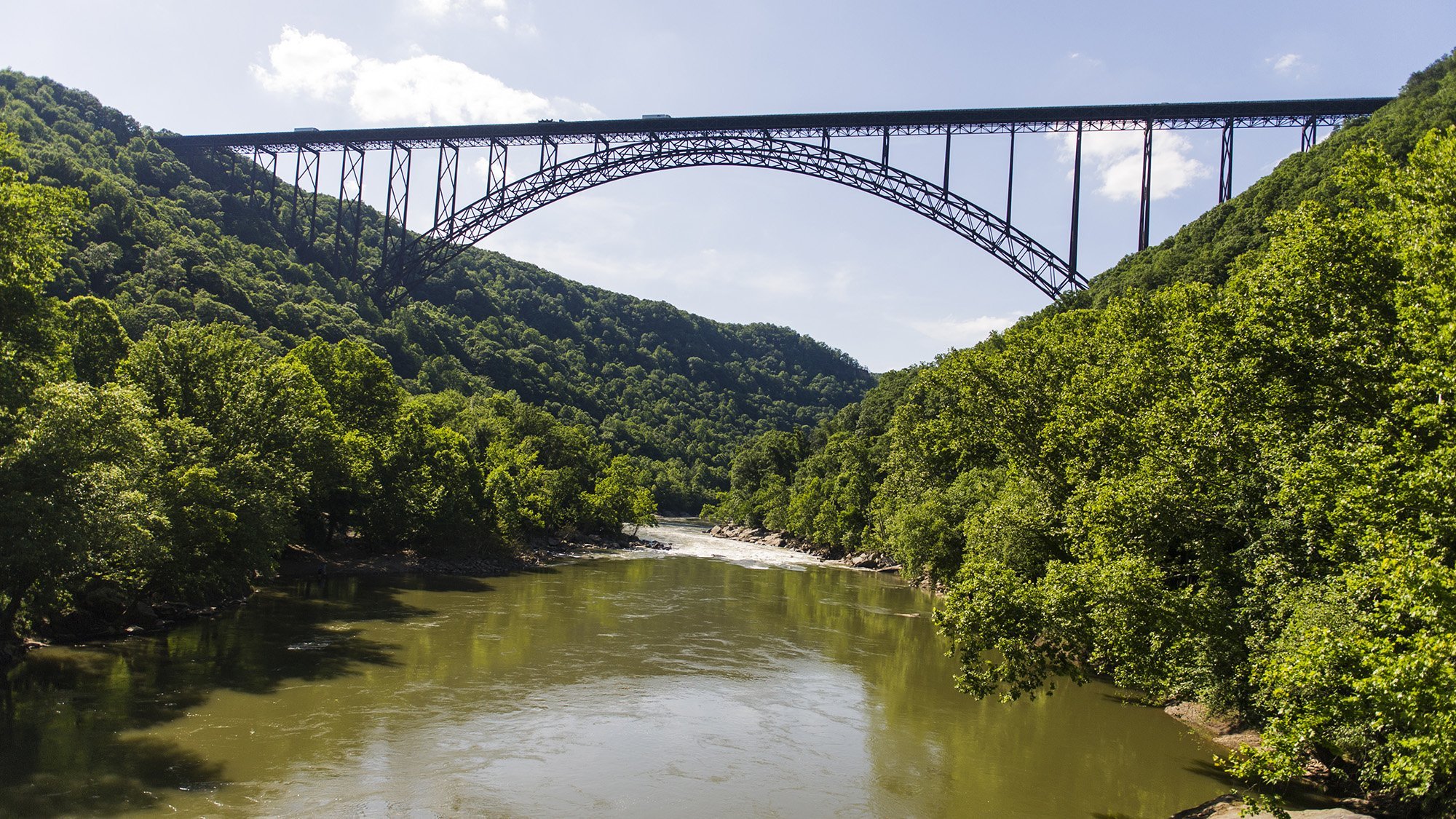 Straddling US Route 52 as it winds through the mountains of southern West Virginia, Iaeger is a town of just 350 residents.

For most of his life, Cody DeLong has been one of them.

“McDowell County is the hometown that you see in all those high school football movies,” said DeLong, 22. “It’s two-lane roads. … We have one stoplight in the whole county. And the people are the greatest people you’ll ever meet in your life.”

A graduate of Concord University, DeLong said McDowell County was an excellent place to grow up.

But as he prepares to head to pharmacy school in the fall, he’s not sure whether the home that shaped him — and gave him his love for hunting and fishing — will be a part of his future.

The state, and this region in particular, has been hit particularly hard — from diminished demand for coal, long the economic bedrock of the region, to the opioid crisis gripping many rural towns.

Most problematic for McDowell County’s future: People are leaving and not coming back.

The loss of coal mining jobs has accelerated in recent years. In the fourth quarter of 2011, coal employed 26,000 West Virginians. By the second quarter of 2016, that number had plummeted to just 12,000.

In 1950, McDowell County had nearly 100,000 residents, many of whom worked in the area’s coal mines. Today, McDowell is one of the poorest counties in the country, with median household income under $25,000 and just over 20,000 people in the county.

West Virginia high school grads go to college at a lower rate than their American peers, with 55% enrollment, compared to 64% nationally.

With the future of southern West Virginia uncertain, we asked recent graduates from the region: Do they plan to stay in West Virginia to build a life and career, or do they feel the need to get out to succeed?

All the students we spoke with will enroll in college or have already graduated. Here’s what six of them said about their futures — and that of their home.

From the coalfields to Cambridge

This fall, Logan County’s Grace Bannister is heading to a place worlds away from where she grew up: Harvard University.

“I think there’s a very large gap in the quality of life between where I’m from and where I’m going,” she said.

Bannister has lost family members to drug overdoses and seen her father’s mining supply company weather tough times to stay in business. She’s concerned about the future of her home.

“I almost feel like it’ll become like a ghost town because most of the population at this point is older,” she said.

At Harvard, Bannister plans to major in government or anthropology. Unlike some other recent graduates we spoke to, Bannister wants to be a part of the change she says her home needs.

“I hope to someday come back and either try to make a difference working in the legal sector to help people get their lives on track, or I’d really like to someday run for public office — maybe Senate or governor to try to help on a national level.”

‘They just want to jump on the bandwagon to make fun’

This fall, DeLong will begin his first year at Marshall University’s School of Pharmacy. When he finishes school, he doesn’t think he’ll return home but he plans to settle somewhere in rural Appalachia.

Growing up in McDowell County and witnessing the toll that drug abuse took on many families led him to discover his life’s calling.

“There are a lot of doctors and pharmacists that — you can’t really blame it all on them — but they really contribute to the big epidemic of opioid abuse that we have.”

He doesn’t deny the problems facing McDowell County — “The facts are the facts” — but is critical of how the mainstream media has covered his home.

“They don’t really find any of the success stories,” he said. “They just want to jump on the bandwagon to make fun.”

‘We basically had to start over from nothing’

In 2001, as deadly floods swept through McDowell County, Joseph Hayes’ mother fetched him from day care in a panic before meeting his father and fleeing to higher ground.

By the time the waters subsided, the family’s home, dogs and nearly everything they owned was gone.

“We basically had to start over from nothing,” Hayes said.

With FEMA’s assistance, Hayes and his family relocated to a trailer park near Welch, West Virginia, where he spent much of his childhood.

Despite the hardship, Hayes excelled in the classroom and on the football field. This fall, he will play football at Glenville State College. If his NFL dreams don’t pan out, he’d like to pursue a career in physical therapy. And though he says it’s unlikely, he remains open to the idea of returning to McDowell County.

The ‘tree hugger’ who is pro-mining

In Gilbert, West Virginia, where the mascot of nearby Mingo Central High School is the “Miners,” coal mining is a deeply entrenched way of life — one that Daniel Buchanan knows well. His father spent much of his life working in the mines.

So when Buchanan says he wants to major in biology or environmental science, the potential conflicts between the livelihood of his hometown and his own future are obvious. But Buchanan doesn’t see it that way. He says you can care about the natural world and also hope that coal returns to its former glory.

“A lot of people ask me the question, ‘What are you going to do when you get older?’ I tell them that I want to do something with the environment, and the first thing they think is, ‘Oh, so that means you’re a tree hugger.’ But in reality, I am all for the coal mines,” Buchanan said.

Buchanan is open to the idea of returning to Mingo County after college, but feels that staking the hopes of the region on a rebounding coal industry is risky.

“I think it would be wonderful if coal came back to where it was, say, 10 or 15 years ago. But we still need to diversify,” he said. “We need to have other options other than coal, because coal is not going to be around forever — it’s simple science.”

Emma Pino lost her father to cancer when she was only 13, but her time growing up with him in Oak Hill, West Virginia, inspired her to pursue a career helping others.

Pino says her father struggled with mental disorders for years, but found success with treatment. And though he didn’t finish college, he pushed his daughter to shine academically.

After graduating at the top of her class this spring, Pino will attend West Virginia University in Morgantown, where she plans to major in psychology and work with people like her father.

“‘[Psychological treatment] helped him turn his life around, so I would really love to do that for somebody else,” she said.

Pino isn’t sure where she’ll settle to start her career but says it probably won’t be in West Virginia.

“For me personally, I think I need to go somewhere a little more progressive,” she said. “It’s just sort of sad to watch people so hopeful for even the current president to fix all the problems that we have here, and I don’t see it happening.”

‘… A close-knit family, no matter the race’

Growing up in a town with fewer than 200 residents, Nadia Johnson says she loved the community where she was raised.

Johnson is African-American, and though McDowell County is nearly 90% white, she says she never experienced racism or discrimination.

“When I first started going to school, my best friend was of a different race, and we are still best friends to this day,” she said. “We are a close-knit family, no matter the race.”

Lately, residents of all races have experienced adversity. Over the course of her 18 years, Johnson has seen businesses and jobs flee the area. Last year, a Walmart supercenter — one of the few grocery suppliers nearby — closed its doors.

“There are other grocery stores we can shop at, and thankfully, I live close enough to the surrounding counties so I can easily go … but for other people, they have to travel 45 minutes to an hour just to get to Walmart,” Johnson said.

Others in her family have gone to college, but Johnson — who finished at the top of her class and plans to study chemistry at Concord University — is aiming to become the first to complete a higher degree. If she succeeds, she doesn’t think she’ll be back in McDowell County.

“I plan to come back to visit … but coming back and just living here all my life? I don’t think I’ll do that.”