NORFOLK, Va. - Hundreds of adult oysters were planted in the Lafayette River as part of the Chesapeake Bay Foundation's oyster gardening program.

The oysters were given to volunteer growers as babies and after a year, the volunteers bring them back to be planted in large oyster reefs.

There are dozens of growers who participated, but the youngest of them is Graham Mitchell, who is 6-years-old.

He planted them along with Walter Zadan, who is 90 years old.

Oysters are important to the Chesapeake Bay's ecology since they can filter up to 50 gallons of water a day. Both Mitchell and Zadan went out on a boat onto the Lafayette River to plant the oysters Tuesday evening.

Mitchell told News 3's Kim Cung he got into oyster farming because he always wanted a pet, but didn't want one he would have to let out at night, such as a dog.

"It's kind of a big experience because they start as tiny as your pinky nail and they can grow up to the size of my two hands and they're pretty big," said Mitchell.

His Mom said even though he is 6-years-old he did most of the work himself, which included checking on the cage weekly and keeping it clean.

Growers who brought back adult oysters Tuesday were given baby ones to grow for the next year. 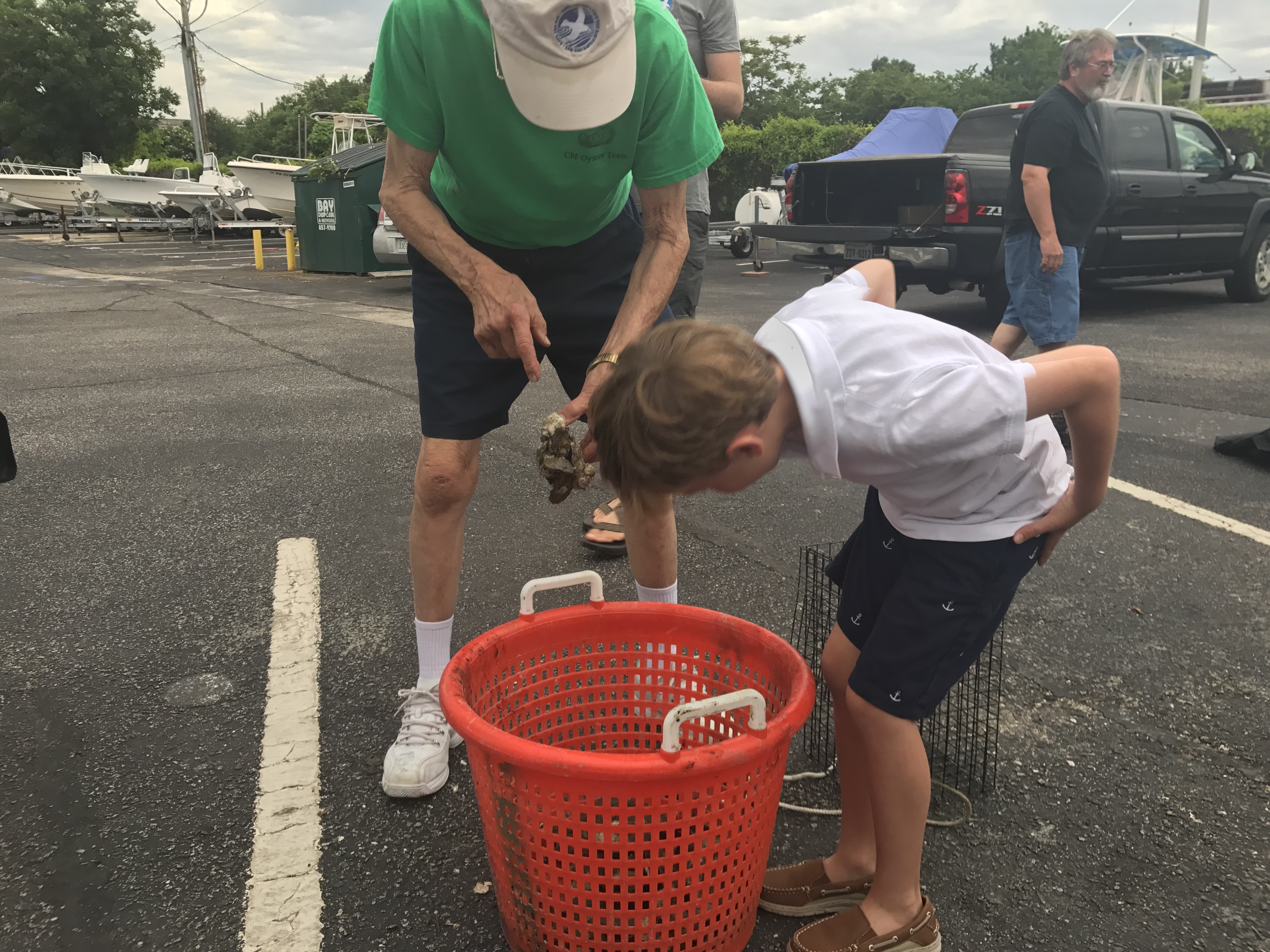