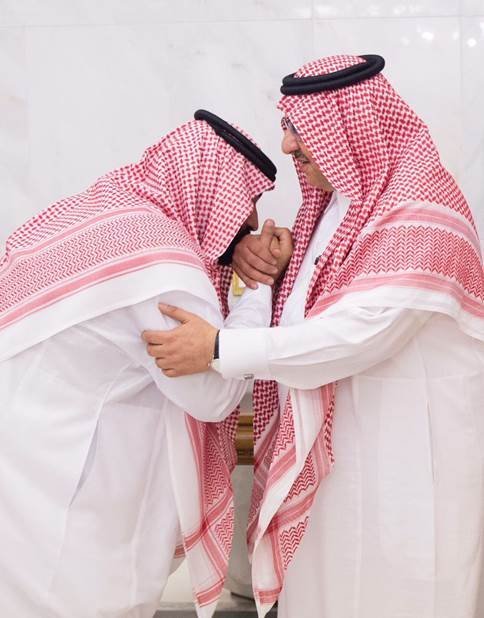 In a surprise reshuffle at the top of Saudi Arabia’s royal hierarchy, the country’s crown prince has been deposed and replaced by the king’s son, Mohammed bin Salman bin Abdulaziz.

According to state media, Mohammed bin Salman will now be first in line to succeed King Salman as ruler of the key US ally.

The 31-year-old has been appointed deputy prime minister and will continue in his role as defense minister, according to a royal decree cited by state media.

Mohammed bin Salman has always had a visible role in the government, and has spearheaded the kingdom’s attempts to wean itself off oil as part of an economic strategy announced last year.

As defense minister, he also oversaw the Saudi-led military campaign against Yemen’s Houthi rebels, which has caused the deaths of thousands of civilians since 2015 and left the country spiraling towards “total social, economic and institutional collapse,” according to the United Nations.

The now former Crown Prince Mohammed bin Nayef bin Abdulaziz was named to that role in 2015 in what many called a surprise power-shift.

He replaced the king’s half-brother Prince Muqrin as future ruler, bumping Mohammed bin Salman to second in the line of succession.

That has now been reversed, with Mohammed bin Salman now first in line to succeed the king and Mohammed bin Nayef stripped of his title and his roles as deputy prime minister and interior minister.

“This is a much more rapid consolidation of power than was expected,” longtime CNN Middle East correspondent John Defterios said.

“It gives allies and the Kingdom’s counterparts a clear indication of who is in charge today and who will lead the Kingdom, potentially for decades.”

Defterios added that many key reform policies currently in place — such as the Vision 2030 plan and a planned IPO by Saudi oil giant Aramco — were already being driven by Mohammed bin Salman.

Images published in Saudi state media showed the new crown prince kissing the hand of his cousin Mohammed bin Nayef, who was said to have pledged allegiance to the man who has replaced him at the Safa Palace in Mecca.

When and if Mohammed bin Salman succeeds his father, he will be the first Saudi king who is not the son of the country’s founder King Abdul Aziz Al Saud, also known as Ibn Saud.

There has been speculation for years as to the future line of succession, with the throne moving between the increasingly aged sons of Ibn Saud.

By elevating his own son first to deputy crown prince, and now crown prince, King Salman appears to have cut off other branches of the family from the throne.

Mohammed bin Salman has long been a prominent figure in Saudi politics, seen as a key power player behind the king and a reformer by Kingdom standards.

He visited the United States in March, where he had lunch at the White House with US President Donald Trump.

In an interview with the Washington Post in April, he praised the country’s relationship with the US, saying that without American influence “we would have ended up like North Korea.”

He has also called for Saudis to be given more influence in government, telling the Economist last year that he wanted to build a country that “guarantees the participation of everyone in decision-making.”

According to US-based NGO Freedom House, Saudi Arabia “restricts almost all political rights and civil liberties through a combination of oppressive laws and the use of force.”

In the most recent “Freedom in the World” report, the group listed Saudi Arabia as the ninth least free society in the world.

The Saudi political reshuffle comes amid the biggest crisis to hit the Middle East in decades — an unprecedented, Saudi-led diplomatic freeze of Qatar by key allies and neighbors which started on June 5.

Gulf allies have accused Qatar of allegedly supporting terrorist groups but many observers have been surprised by the excessive response.

US State Department spokeswoman Heather Nauert told reporters this week Washington is “mystified” by the continued blockade of Qatar.

“The more time goes by, the more doubt is raised about the actions taken by Saudi Arabia and the (United Arab Emirates),” she said.