London Tower fire families to be rehoused in luxury complex 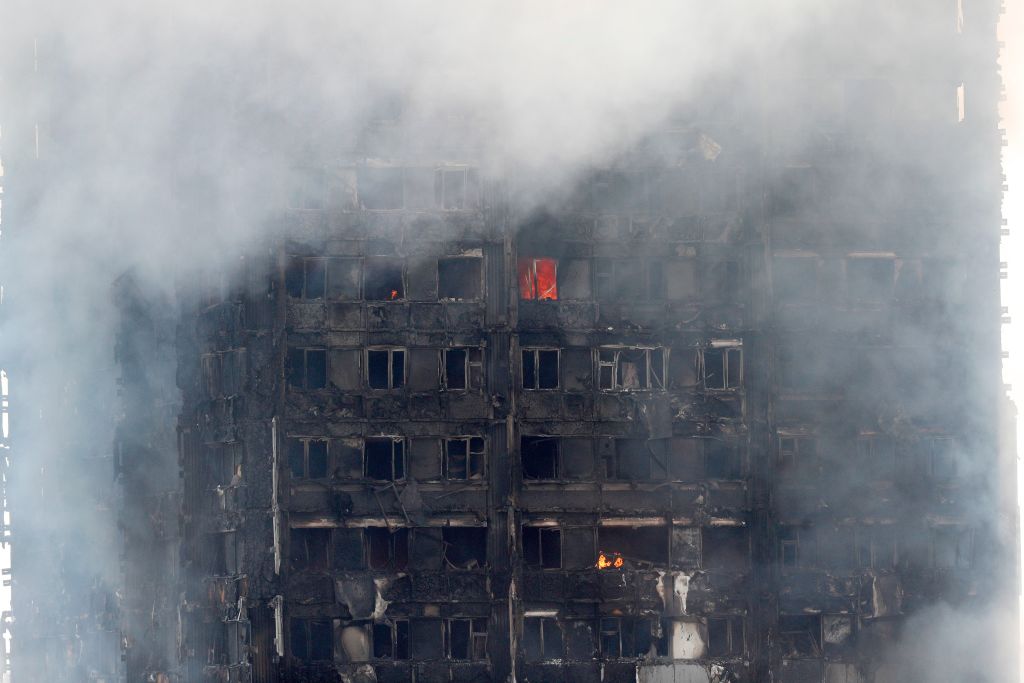 Families made homeless by the Grenfell Tower fire are to be rehoused in new, affordable apartments right next door to luxury private homes in one of the most exclusive — and expensive — parts of London.

Sixty-eight apartments in the upscale Kensington Row development have been acquired by the UK government and will be offered to some of those who lost their homes in last week’s blaze, which left at least 79 people dead or missing.

The government has been heavily criticized for its response to the fire — and has pledged to house the Grenfell Tower fire survivors speedily.

“Our priority is to get everyone who has lost their home permanently rehoused locally as soon as possible, so that they can begin to rebuild their lives,” UK government Communities Secretary Sajid Javid said after announcing the plan.

Apartments cost up to $4 million

Kensington Row is on Warwick Road, off Kensington High Street — one of the most desirable addresses in London.

It’s close to the exclusive rooftop bar, Kensington Roof Gardens, which houses a celebrity hangout restaurant and nightclub. It is also less than two miles from Grenfell Tower.

Most of the properties are designed for private sale or rent, and come equipped with luxury facilities including a gym, private cinema and spa, with current price tags ranging from $2 million to $4 million.

The Grenfell residents will be moving into two separate blocks within the development which were specifically designed for affordable housing — and do not include the same facilities.

Some residents not happy

Some residents of the adjoining luxury blocks at 375 Kensington High Street had a mixed reaction to the news about their prospective new neighbors.

A 24-year-old student, who would only give his first name as Saif, told CNN that he has been living in a one bedroom flat there for three years.

“Actually for me, it’s good and it’s bad. It’s good (that) the government … give them houses, because they don’t have houses, but it’s unfair, you know?”

“I was thinking to buy one here after a few years. But I want to see. They say they are going to move at the end of July. So I want to see what will happen. I might move to another place,” Saif said.

Another resident, who identified himself as A.J., has been living at the development for two months. “Honestly, I didn’t care at first, but if I was to live here (longer term), it would affect me. It’s not just about the money.

“If they were to screen the people that were living there, for example if families want to come here, it wouldn’t really affect me.”

“The cheapest one here is £575 ($730) a week. So it’s not like living in Queensway for example, where they’re surrounded by benefit houses or affordable homes. People pay a certain amount here just to be secluded.”

Other residents were more supportive of the plan.

A 21-year-old student from Azerbaijan, who gave his name as Naghi, has lived in the development for a few months.

“It doesn’t bother me. Of course, after what happened, I’m more than happy,” said Naghi — who added that he had already donated money to a charity supporting the Grenfell victims.

“If I could help … if we had space, of course I would be more than happy to help until they get a place from the government,” he says. “I’m a Muslim, and I really love helping people out.”

The builders are now working to an accelerated timetable to complete the new apartments by the end of July.

“We will work night and day to get these homes ready,” said Tony Pidgley, chairman of the Berkeley Group, the developer of the project.