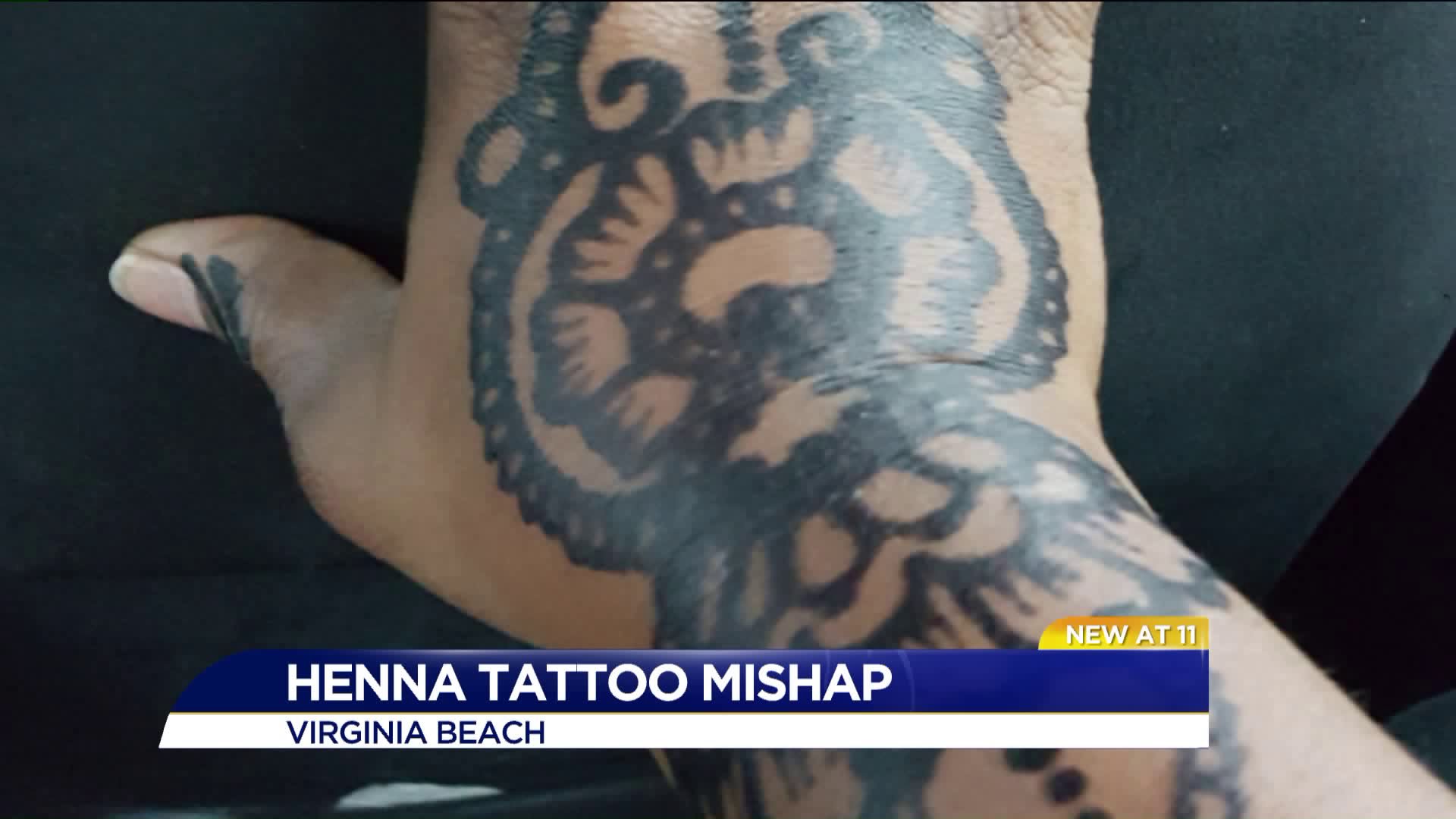 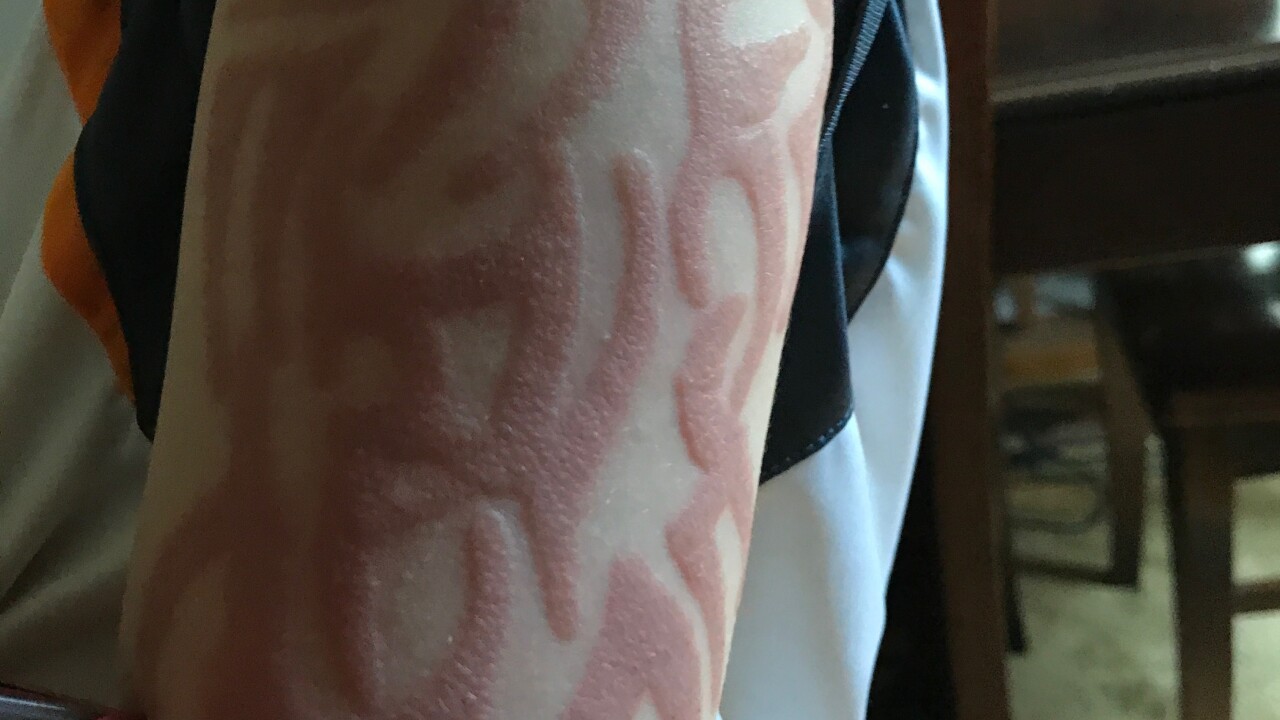 VIRGINIA BEACH, Va. - A mom has a warning for other parents after her son had a bad reaction to a black henna tattoo he got at the Oceanfront.

"It was just a whimsical thing, a ton of people get henna tattoos," said Emily Knauer. Her family spent their Memorial Day Weekend at the Oceanfront with friends.

Knauer said they all had a blast. Before leaving, her 5-year-old son, Peyton, wanted a souvenir of sorts.

"We've always told him tattoos are for much later, but he's always wanted to be like Dad. So we thought this was a good opportunity to show him this was temporary," said Knauer.

The family popped into Karma off Atlantic Ave. for the black henna tattoo. Knauer said she didn't need to sign a waiver and there were no caution signs in the store about potential allergic reactions. Knauer added she had gotten henna tattoos as a kid and thought this would be fine. Until one week later, when Peyton's skin was red and raised.

'I was horrified. I can't even explain the guilt and just the how did we have this happen?" said Knauer. 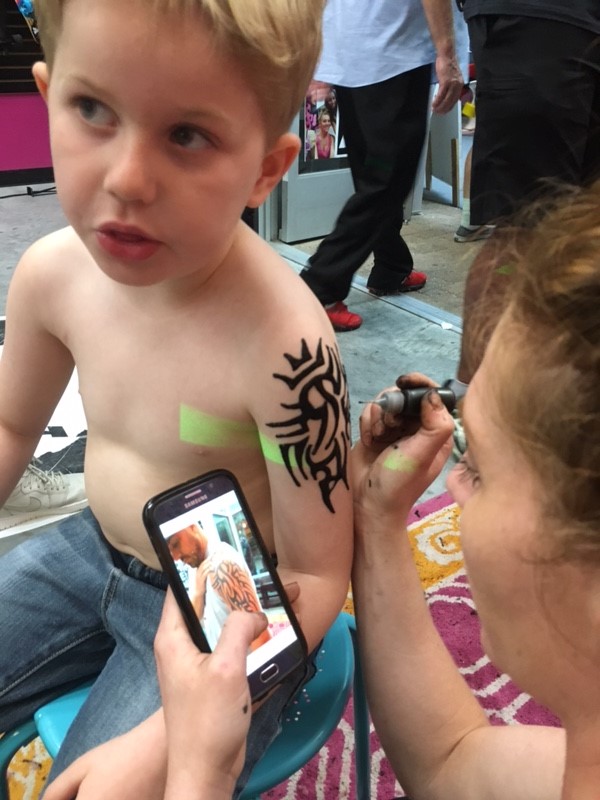 Emma Evans, who came to Virginia Beach to see her son off before deployment said she also got a henna tattoo at Karma. She had gotten henna and other tattoos before without a problem. When it dried black, she immediately became concerned and called the store.

"I said ma’am this is drying but it’s drying black, is there a reason why it’s black because normally they’re not black. And she said 'oh yeah most people like the black because it shows up on the skin,'" said Evans.

Two days later, Evans said her skin started blistering and her skin felt like it was burning from the inside out.

"It progressively got worse over the days and I kept contacting her at first. And then she told me she was advised not to talk to me anymore," said Evans, who added she had sleepless nights crying because her hand had swollen to the point she couldn't use it.

Eventually, she went to a burn unit and got surgery to fix it.

Knauer said it's been weeks now and after doctor visits and steroids, her son still isn't completely in the clear.

"My warning to parents is to absolutely think twice. Think twice if it's worth it. You never know. My biggest thing is thank God it wasn't on his face," said Knauer.