The launch delays started on May 31, with the last attempt, on June 24, foiled by extensive cloud cover. Previous attempts were scrubbed for various reasons, from strong winds and clouds to boats in the potential payload landing area.

The rocket's mission including deploying 10 canisters about the size of soft drink cans, each containing a colored vapor that forms artificial, luminescent clouds. 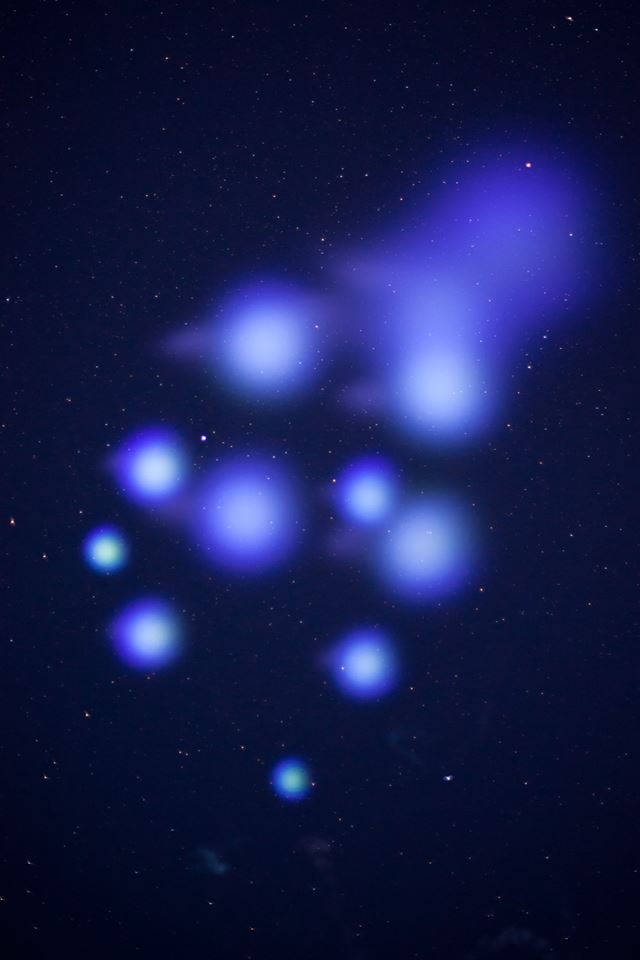 The clouds, or vapor tracers, are formed "through the interaction of barium, strontium and cupric-oxide," according to NASA.

Since the canisters were released about 100 miles (160 kilometers) above the ground, the space agency says they "pose absolutely no hazard to residents along the mid-Atlantic coast."

The whole mission lasted about eight minutes before the payload landed in the Atlantic Ocean, about 90 miles (145 kilometers) out to sea from its launch point.