Jay-Z apologizes to Beyoncé in one of his ‘best songs’ 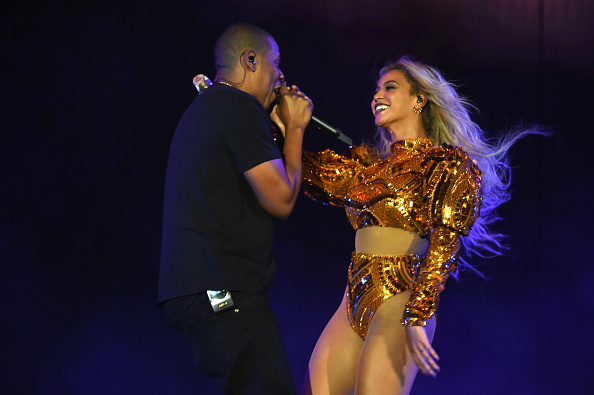 Jay-Z dropped his new album “4:44” at midnight on Friday and sent the Internet into a frenzy.

The rapper is calling his title track, “4:44” off the album one of the “best songs” he’s ever written.

“‘4:44’ is a song that I wrote, and it’s the crux of the album, just right in the middle of the album. And I woke up, literally, at 4:44 in the morning, 4:44 AM, to write this song,” he told iHeartRadio’s The Beat in an exclusive interview. “So it became the title of the album and everything. It’s the title track because it’s such a powerful song, and I just believe one of the best songs I’ve ever written.”

Fans are questioning whether “4:44” is a response to his wife’s 2016 visual album “Lemonade” in which she seemingly called him out on nearly every track, sparking rumors of infidelity.

Here are some of the most intriguing moments from “4:44.”

About that elevator fight

It was the fight seen around the world. The rapper, Bey and his sister-in-law, Solange Knowles, were leaving The Standard Hotel in 2014 following the Met Ball. Solange was caught in leaked surveillance footage kicking the rapper, but for years the cause of the scuffle was unknown. In Jay’s song “Kill Jay Z” he addresses that night. “You egged Solange on, knowin’ all along all you had to say you was wrong / You almost went Eric Benét, let the baddest girl in the world get away / I didn’t even know what else to say. Never go Eric Benét / I don’t even know what you woulda done, in the future, other playing football with your son.”

In his title track “4:44” the rapper seems to address Beyoncé’s hints from “Lemonade” that the couple hit a rocky patch in their marriage. “And if my children knew, I don’t even know what I would do / If they ain’t look at me the same, I would prolly die with all the shame / You did what with who? What good is a ménage à trois when you have a soulmate, you risked that for Blue?”

In addition to name-dropping his first born Blue, he mentions his newborn twins in his apology to Bey.

“I apologize often womanize / Took for my child to be born / See through a woman’s eyes / Took for these natural twins to believe in miracles / Took me too long for this song / I don’t deserve you.”

Firing back at Kanye West?

Kanye West famously called out Jay-Z while on stage at one of his concerts last year for not being there for him during tough times, and Jay appears to be fire back in his track “Kill Jay Z.”

“You gave him 20 million without thinking/He gave you 20 minutes on stage, was he thinking?/wrong with everybody?’ is what you sayin’, But if everybody’s crazy, you’re the one that’s insane.”

After several months of teasing the album with mysterious subway ads and teaser video clips, Jay-Z on Friday released “4:44” exclusively to TIDAL and Sprint customers. iHeartMedia will also play the album across 160 stations until Saturday.

On social media, reaction sparked a Twitter “moment” with humorous memes and GIFs.

Jay-Z will kickoff a concert tour tied to the album later this summer.