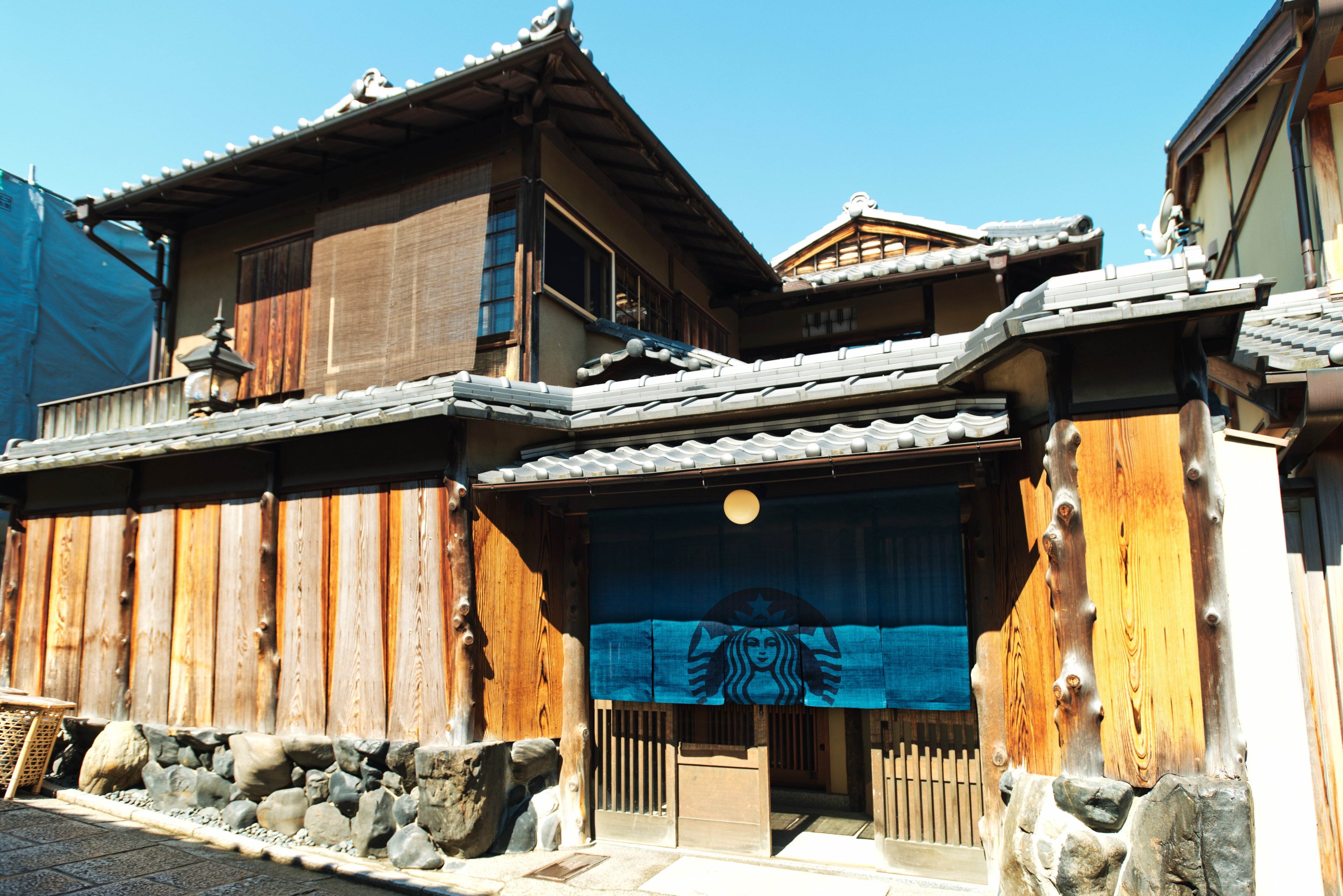 Opened on June 30 in Higashiyama — one of the city’s best-preserved historic districts — the cafe feels like it’s been locked inside a Meiji-era time capsule.

Thanks to its vernacular architecture and tiled roof, the coffee house blends in amongst the neighboring 19th-century Japanese houses and shrines.

Even the signage is subtle — a deep teal logo graces the traditional “noren” door curtains, but otherwise, the cafe is unmarked.

“Walking through the noren at the entrance and venturing inside, we want customers to experience a feeling of being inside a traditional Kyoto machiya wooden townhouse,” Takafumi Minaguchi, CEO of Starbucks Coffee Japan, tells CNN.

“As this store is in an area of great cultural significance, we feel a responsibility to be the stewards of the building’s traditional architecture and ensure that it remains an integral part of its historic neighborhood for many years to come.”

Tallying up more than 26,000 stores worldwide across 75 countries — 1,260 of which are in Japan — the American coffeehouse chain is the largest in the world.

The brand already has 26 other Starbucks in Kyoto, but this one stands out — or rather, fits in, depending how you look at it.

As you pass under the noren at Starbucks Kyoto Ninei-zaka Yasaka Chayate, a traditional Japanese garden provides a zen feel to the ground floor space.

Upstairs, three more rooms provide tatami mat seating and a mix of traditional details — from hanging scrolls on the walls to traditional silk cushions, made with kimono fabric from Kyoto’s Tango region.

Following Japanese tradition, visitors are asked to take off their shoes before settling in for a coffee.

Looking around the world, such concept cafes aren’t new to the Seattle-based coffee chain.

Cafes like Starbucks Dazaifu, in the southwestern port city of Fukuoka, Japan, come to mind.

Designed by Japanese architecture firm Kengo Kuma and Associates, the cafe is located in a historic pedestrian street that leads to the Dazaifu Tenmangu Shrine, a major national shrine welcoming about 2 million visitors every year.

The coffee shop is set inside a traditional two-story shophouse, with a striking cedarwood installation made up of 2,000 interlaced pieces that seem to float in mid-air.

On the other side of the world, “The Bank” made waves when it opened in Amsterdam’s central Rembrandtplein Square in 2012.

It’s also the only Starbucks to feature an on-site bakery and an experimental subterranean lair — formerly the vault — where small-batch coffees are brewed.