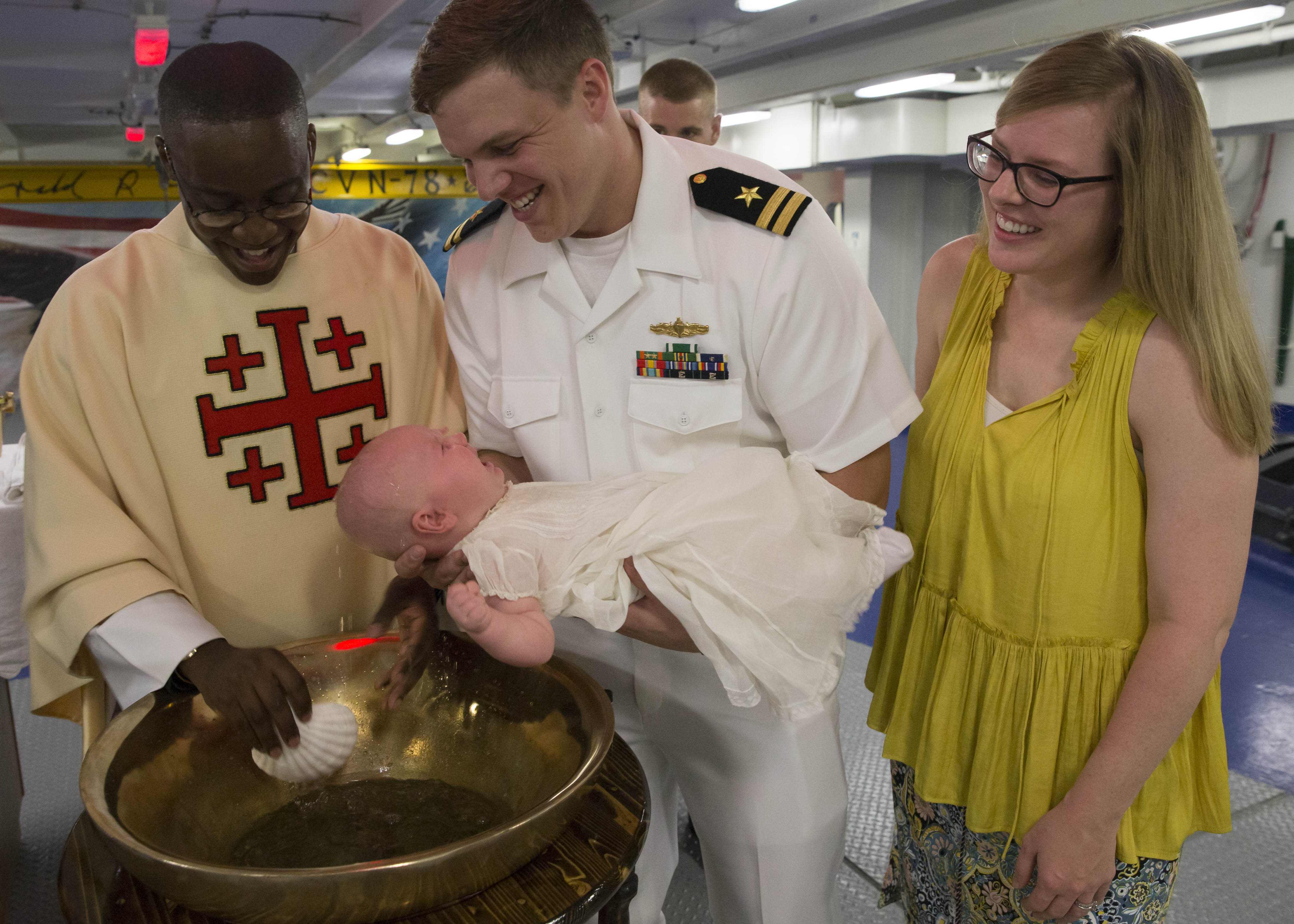 NORFOLK, Va. – The future USS Gerald R. Ford served as the setting for a very important ceremony June 24 — the baptism of of a three-month-old baby!

Lt. John “Jack” Curran, from Silver Spring, Maryland, a Ford deck division officer, and his wife, Lt. Emily Curran, from San Antonio, Texas, an assistant project officer for carrier new construction at the Supervisor of Shipbuilding and former Ford surface warfare officer [nuclear], celebrated the baptism of their three-month old son during a ceremony in front of family and Ford Sailors.

Presiding over the baptism was Lt. Jamal Scarlett, a Ford chaplain from Murrieta, California.

“Because Jack and I both served on this ship, we hold a special place in our hearts for this ship and our extended Navy family,” said Emily Curran. “We thought it would be an honor to have our son baptized into the faith and into our Navy family here on a ship that has meant a lot to the both of us.”

The custom of baptizing infants on ships dates back to the British Royal Navy, when baptisms were conducted at sea or in foreign ports. Traditionally, the infant is baptized in the ship’s bell.

“The tradition blesses the child and all the seas that he will go on,” said Jack Curran. “It’s a time-honored tradition that we got to continue today.”

The baby’s name will be engraved on the inside of the bell where it will stay with the ship through the entirety of the ship’s service in the fleet.

Every child who is baptized in or under the bell will have their name engraved in it, but the bell will be given to the Curran family when the ship is decommissioned.

The Ford is scheduled to be officially commissioned on July 22, so it will be many decades before the

“We are really grateful to be the first on board to have our son baptized and grateful to have friends and family to be able to come and support us to welcome our son into the faith and the Navy family,” said Emily Curran.