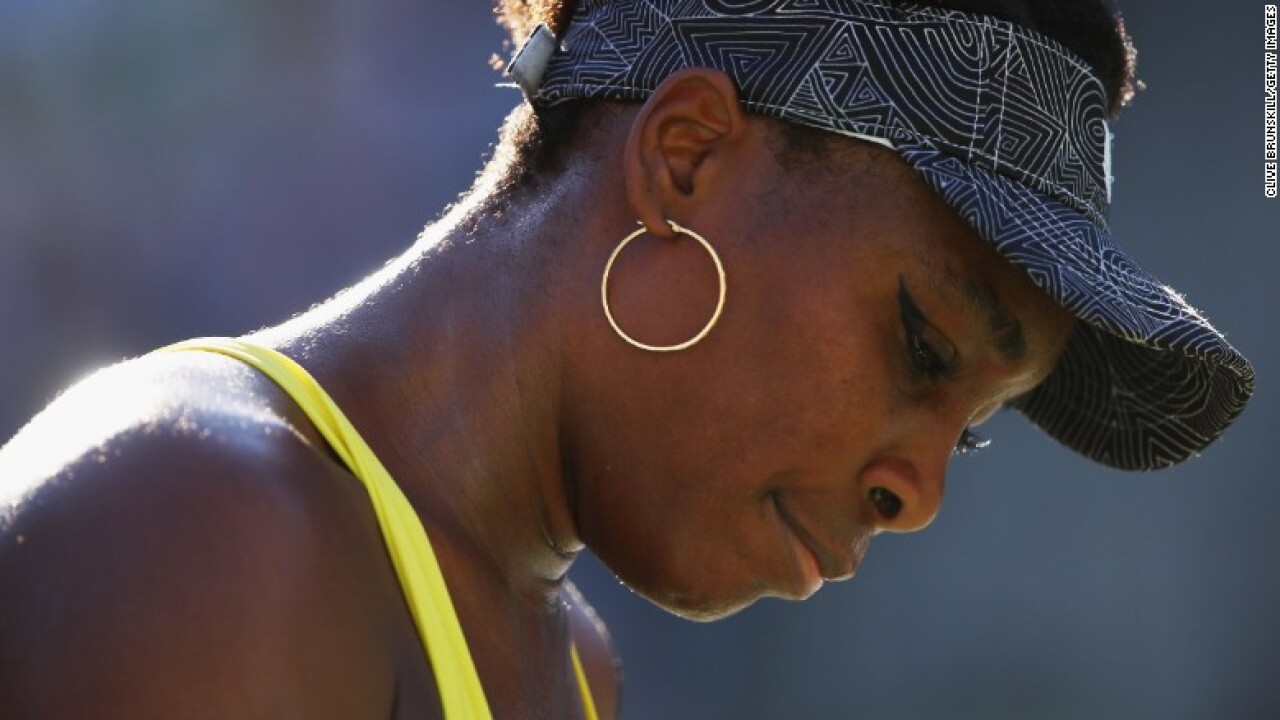 The Palm Beach Gardens Police said surveillance video was obtained from the guard gate of a residential community near the intersection after they started investigating the June 9 collision that injured Jerome Barson, 78, who later died, and badly injured his wife, Linda.

“It has been determined the vehicle driven by Venus Williams lawfully entered the intersection on a circular green traffic signal, and attempted to travel north through the intersection to Ballenisles Drive,” police said in a statement.

Williams came to a stop as she traveled through the intersection “to avoid a collision” when a a car going on the opposite direction made a left turn in front of her.

She then continued north, in accordance with state law, before another car collided with her vehicle, police said.

“The vehicle driven by Linda Barson was traveling west on Northlake Blvd, in the outside lane, approaching a steady red traffic signal,” the statement said. “The traffic signal then cycled to green, at which time Barson continued westbound and entered the intersection. The front end of Barson’s vehicle collided with the right front of William’s (sic) vehicle.”

A police accident report issued earlier said Williams was “at fault for violating the right of way” of the oncoming car. In the statement released Friday, police did not state who was at fault in the wreck.

“The investigation is still underway and a final determination has not been made at this time,” said Paul Rogers, spokesman with the Palm Beach Gardens Police.

No criminal charges have been filed.

Two weeks after the crash, Jerome Barson died in a hospital and his family filed a wrongful death lawsuit against Williams, citing negligence.

Earlier this week, Williams’ attorneys filed a protective order claiming they were given less than 24 hours notice that Barson’s council were going to download vehicle data from the tennis star’s SUV, CNN affiliate WPEC reported.

On Friday, a judge granted an emergency motion that will allow Williams’ SUV to be searched in connection with the crash. Now, both parties will be able given a chance to download and inspect crash data from the two vehicles involved.

“They are pleased the evidence will be properly examined and preserved and it will prove that Miss Williams is at fault,” said Gary Iscoe, an attorney for the Barson family.

Malcolm Cunningham, an attorney for Williams, said the data will help both parties understand how the crash occurred.

“The vehicles involved in the accident are believed to contain critical information within their computer systems,” Cunningham said in a statement obtained by CNN Sports. “The motion for protective order ensures both parties have sufficient opportunity for their legal teams to prepare for an inspection and to establish a protocol that will govern the inspection which will ensure extraction of critical information by both parties in a way that preserves the evidence.”

Williams, who just turned 37, is a seven-time Grand Slam champion. She’s in London playing at Wimbledon, which she has won five times, the last time in 2008. Her next scheduled match is Monday, in the round of 16.

Williams broke down in tears at Wimbledon when reporters questioned her about the wreck.

“There are really no words to describe, like, how devastating and — yeah. I’m completely speechless. It’s just …” Williams said.