Four men between 18 and 22 went missing over several days last week within miles of each other in Pennsylvania.

Since then, local and state police and the FBI have embarked on an “all hands on deck” search for the men that, to this point, remains “wide open,” officials said.

Jimi Patrick, 19, of Newtown Township was last seen at 6 p.m. July 5 and was reported missing the next day after he had no contact with friends or family and didn’t show up to work, police said.

The investigation has centered on sprawling farmland property in Solebury Township, where the search began Sunday.

Weintraub said Wednesday that investigators had not found human remains on the property, but he said they had recovered important pieces of evidence about the missing men at that site and at other locations.

“We here are utilizing every resource at our disposal to try to find these four missing men and to solve this case,” Weintraub said.

“This is just really, really rough on everybody involved because of the heat, the magnitude, the scope and the stakes are incredibly high — life and death.”

“We’re going to continue in the direction that we’re going,” Weintraub said. “We’re going to keep digging and searching that property until we are satisfied that they are not there.”

Weintraub said the scope of the search was “mind-boggling.”

“Take the biggest (investigation) you’ve ever seen and multiply it by a million,” he said.

The connections linking these four men together, and to this property, has not been made explicitly clear.

The main search site is a property owned by Antonio and Sandra Dinardo.

Their son, Cosmo Dinardo, 20, was arrested Monday on a charge of possession of a firearm, an offense dating back to February. The charge does not relate or pertain to this case, Weintraub said.

Dinardo allegedly possessed a 20-gauge shotgun, according to a court documents, even though he was prohibited from possessing a firearm because he was known to be suffering from mental illness and had been involuntarily committed to a mental institution for inpatient care.

A judge dismissed the charge in May, according to court documents. The Bucks County district attorney’s office authorized police to reinstate and refile charges in the case in June, leading to Monday’s arrest.

Dinardo was released Tuesday evening after his father paid 10% of his $1 million bail in cash, according to Weintraub. 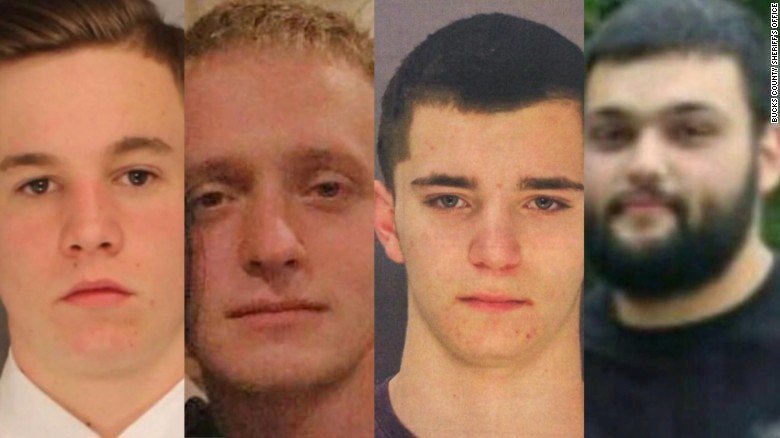