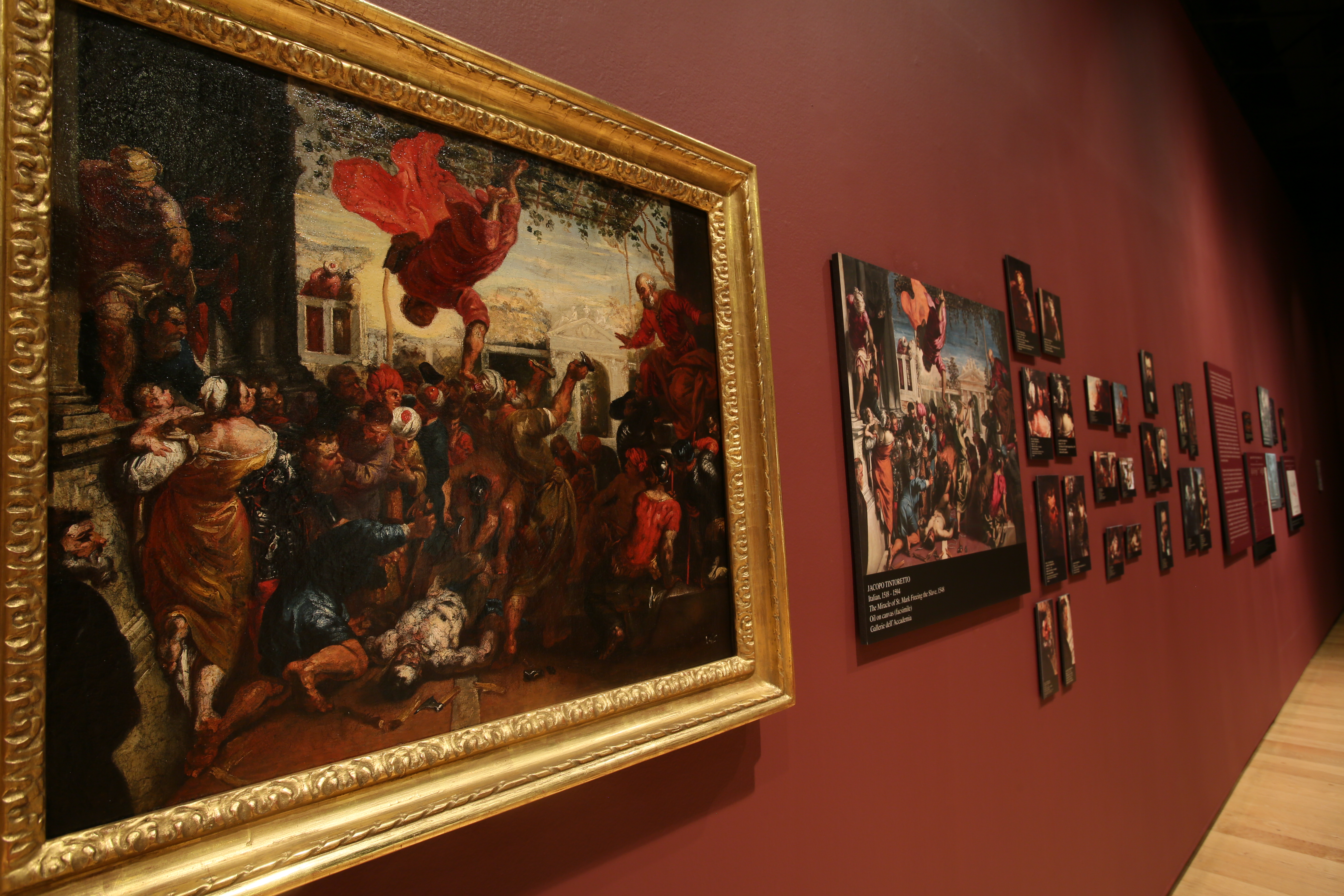 WILLIAMSBURG, Va. – A painting at William & Mary’s Muscarelle Museum of Art was recently identified as a work from French artist Paul Cezanne.

The painting, “The Miracle of the Slave,” is part of the museum’s exhibition The Art and Science of Connoisseurship that runs through August 13. The exhibition features six paintings from Old Masters that the museum was able to buy because they weren’t correctly identified.

The painting is a copy of one done by Jacopo “Tintorentto” Robusti in 1548, which is currently housed in the Gallerie dell’Accademia in Venice, Italy.

When the copy went up for auction in Vienna, Austria in 2013, it was unattributed.

However, Muscarelle Chief Curator John Spike knew it was a work of Cézanne’s.

“And I saw it and I realized that it was a Cézanne of his earliest experimental juvenile period, the latter 1860s,” said Spike, who is one of the world’s most recognized connoisseurs of Old Master paintings.

Spike contacted Muscarelle Director Aaron De Groft and they went to look at the painting to make sure it was a Cézanne before purchasing it for the museum.

Although they were sure of their find, the painting underwent a full battery of tests, including X-rays and infrared paint testing.

“The hand-ground (paints) are simply not as finely ground as machine ground,” Spike said. “And so the way the light rakes across it, it looks different.”

Kristin Wustholz, an associate professor of chemistry at William & Mary, said the scientific examination backed up the belief that this was a painting from Cezanne.

For seven years, Wustholz has been working with Shelley Svoboda, senior conservator of paintings at the Colonial Williamsburg Foundation, on a technique to identify pigments in historic paintings and other artifacts.

The Svoboda-Wustholz technique is minimally-destructive to the works and can identify synthetic organic pigments using the smallest samples.

Using the technique, an arcane pigment known as a mauveine was found in the painting.

“Mauveine is a very intense, pure hue,” Svoboda explained. “It’s a violet, maybe a little bit more toward the red family than the blue family.”

The color was only produced between 1856 and 1869, during which time Cézanne would have been between the ages of 17 and 30. He would have been in his early romantic period, and copying the works of other artists at that time, according to Spike.

Svoboda says the mauveine is another convincing element, but there is another aspect that’s not so positive.

“From what we have been able to determine, no one has found mauveine in a painting before,” she said.

Svoboda went on to explain that the scholarly literature on Cézanne and other artists is full of detail about materials and techniques, “but mauveine is not in any of the catalogs. No one, to my knowledge, has even looked for it.”

The presence of the unusual pigment mauveine was the “most amazing and surprising thing,” Spike said.