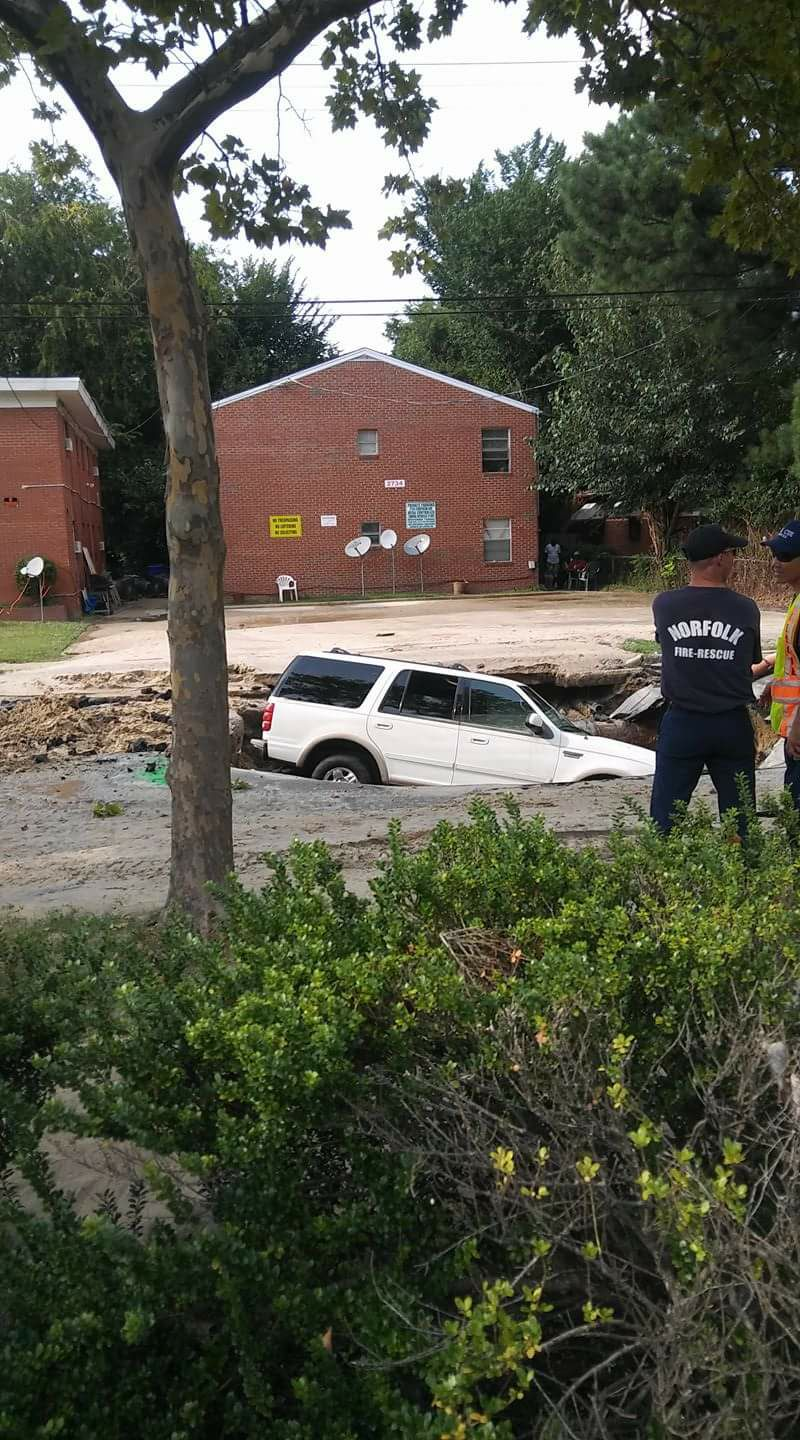 NORFOLK, Va. – A man was rescued after driving his SUV into a collapsed hole early Thursday evening.

The 2700 block of Corprew Ave. between Majestic and Norchester Ave. was closed to traffic due to a 20-inch water main break early Thursday afternoon. Emergency crews received the call at approximately 12:14 p.m.

Traffic was rerouted, but no businesses or homes were evacuated. A part of the street collapsed due to the break, creating a large hole.

At approximately 5:46 p.m., a man in an SUV drove around a police vehicle staged in the area. As he drove around the barricades put into place, his vehicle ended up going into the collapsed hole headfirst.

Crews pulled the man out of the vehicle without injuries.

The man was then charged with Reckless Driving and Failing to Yield to a Police vehicle.

Crews continued to work on the break; residents had water back in their homes shortly before 11 p.m.

Although the cause of the water main break is under investigation, it is thought that it may be due to hot temperatures.

Corprew Ave. will be closed until Friday morning. Crews are also working on filling the hole.