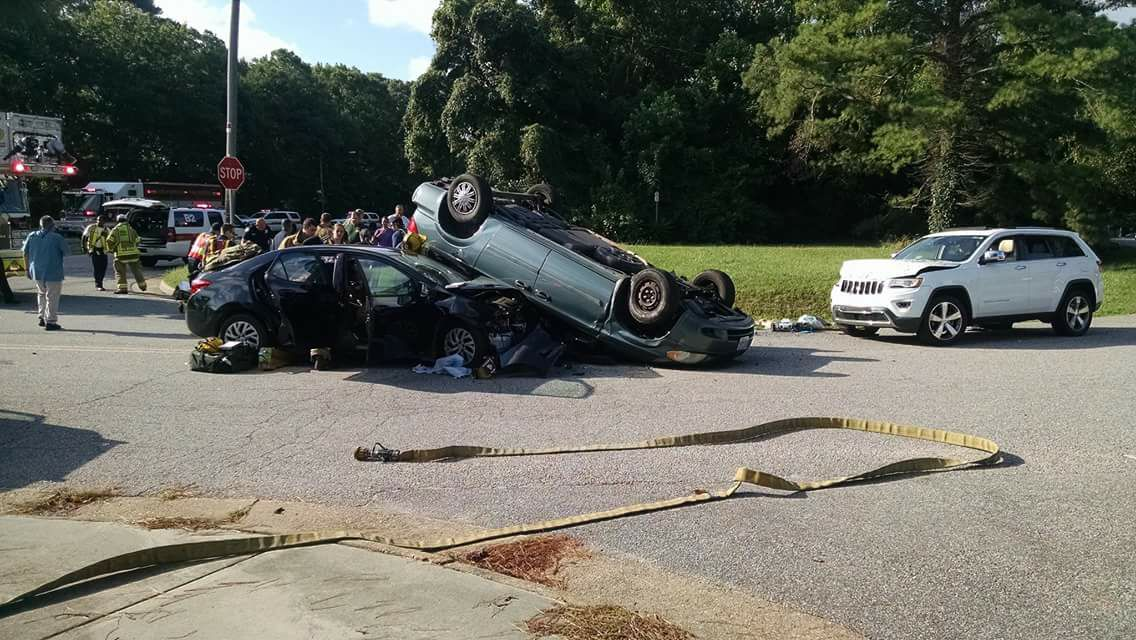 Police said of the eight injured, six were taken to a local hospital for treatment of non-life threatening injuries.

The crash happened around 8:15 a.m. in the area of South Independence Blvd.

A vehicle was traveling south when it struck a van who was coming from Shelton Road.

Police said the driver of the van will be charged with Failure to Yield.