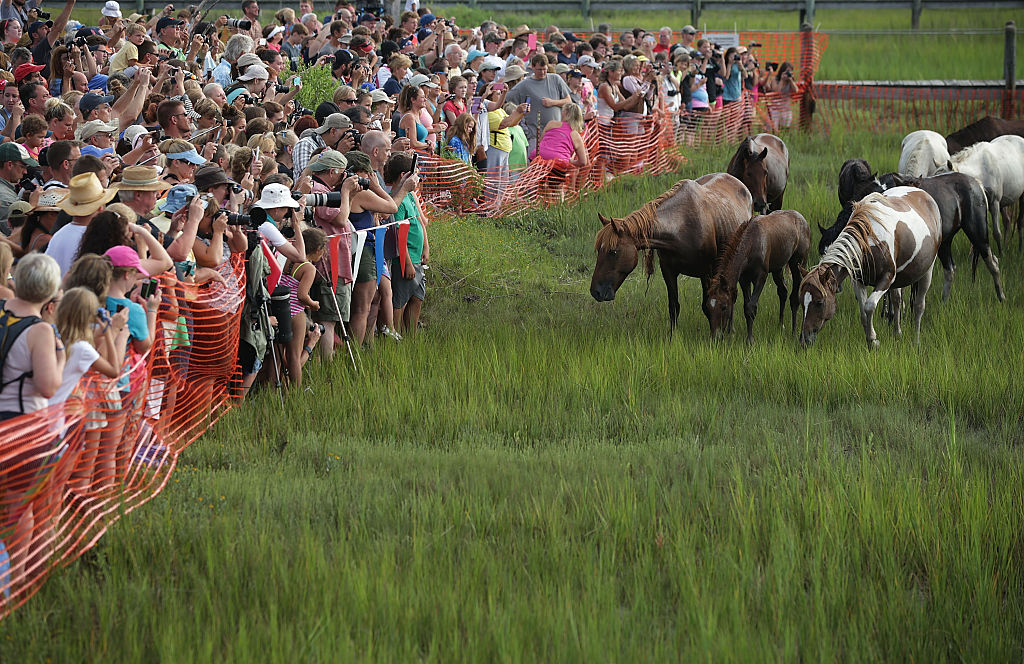 CHINCOTEAGUE, Va. – Thousands of visitors turned out to watch dozens of ponies make their 92nd annual swim from Assateague Island to Chincoteague on Wednesday morning.

The famed Saltwater Cowboys rounded up approximately 150 ponies living on Assateague for the swim, which got underway at around 7 a.m.

The first foal ashore was crowned “King Neptune,” and will be given away at a raffle on the carnival grounds.

The other foals will be auctioned off Thursday morning to raise money for the Chincoteague Volunteer Fire Department, which takes care of those ponies. Organizers say the auction helps to cut down on the size of the herd and raises money for veterinary services for the ponies throughout the year.

Auction winners receive a certificate saying they have purchased an official Chincoteague pony.

Ponies that go unsold and those that are donated back to the fire department will roam free for another year on Assateague Island.

The annual spectacle was celebrated by Marguerite Henry’s 1947 novel “Misty of Chincoteague.”