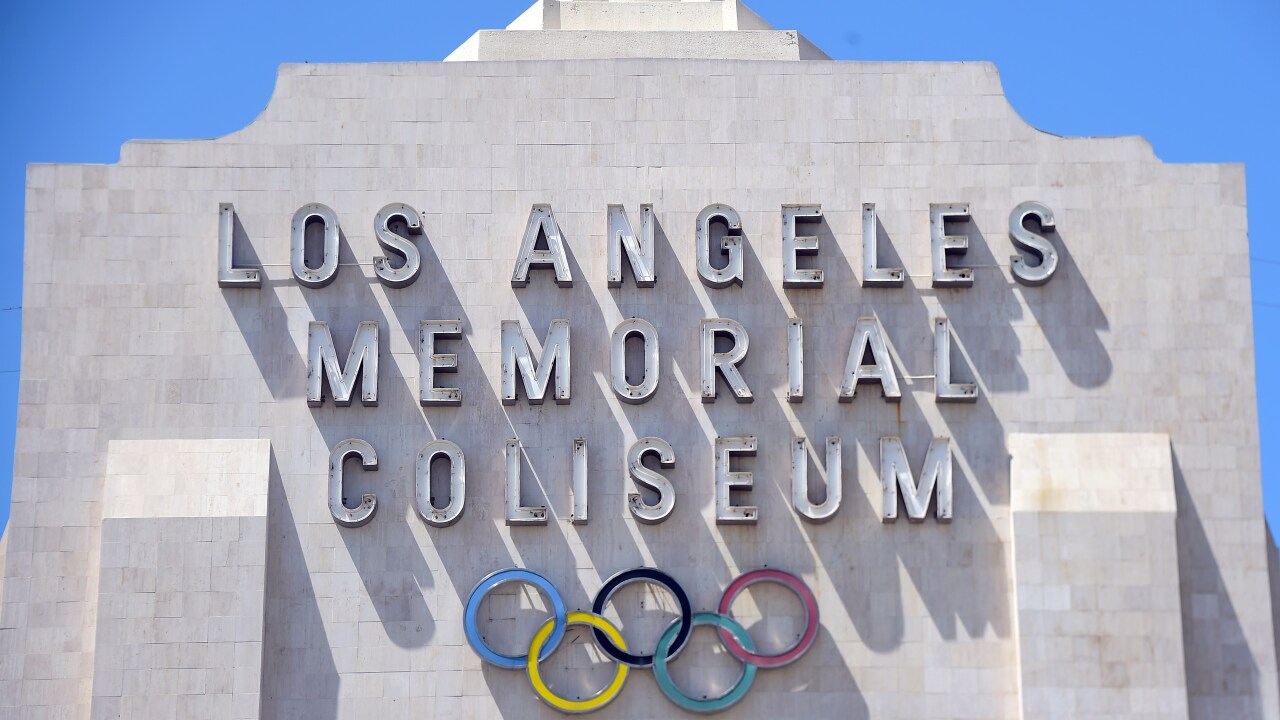 A worker manouevers is vehicle past an entrance to the Los Angeles Coliseum, which played host to the 1932 and 1984 Summer Olympics, in Los Angeles, California on August 31, 2015. The Los Angeles city Council members vote September 1,on the city’s bid for the 2024 Olympics in a move seen as an important step toward securing nomination as a candidate by the US Olympic Committee. AFP PHOTO /FREDERIC J.BROWN (Photo credit should read FREDERIC J. BROWN/AFP/Getty Images)

A worker manouevers is vehicle past an entrance to the Los Angeles Coliseum, which played host to the 1932 and 1984 Summer Olympics, in Los Angeles, California on August 31, 2015. (FREDERIC J. BROWN/AFP/Getty Images)

The Summer Olympics will head to Los Angeles in 2028, according to a spokeswoman for L.A. City Council President Herb Wesson.

The city has struck a deal with the International Olympic Committee to host the games.

“LA 2024 and the Olympic Organizing Committee have worked out a deal for Los Angeles to host the 2028 Olympic Games,” said spokeswoman Caolinn Mejza. “The LA City Council will hold an ad-hoc meeting on Friday to discuss accepting the deal.”

It’s the first time the Summer Olympics will be held in the U.S. since the 1996 Olympics in Atlanta.

The move clears the way for Paris to host the Olympics in 2024. Earlier this month, the International Olympic Committee decided to award two games at once, and said the 2024 and 2028 games would go to Paris and L.A. — it just hadn’t decided which city would get which year.