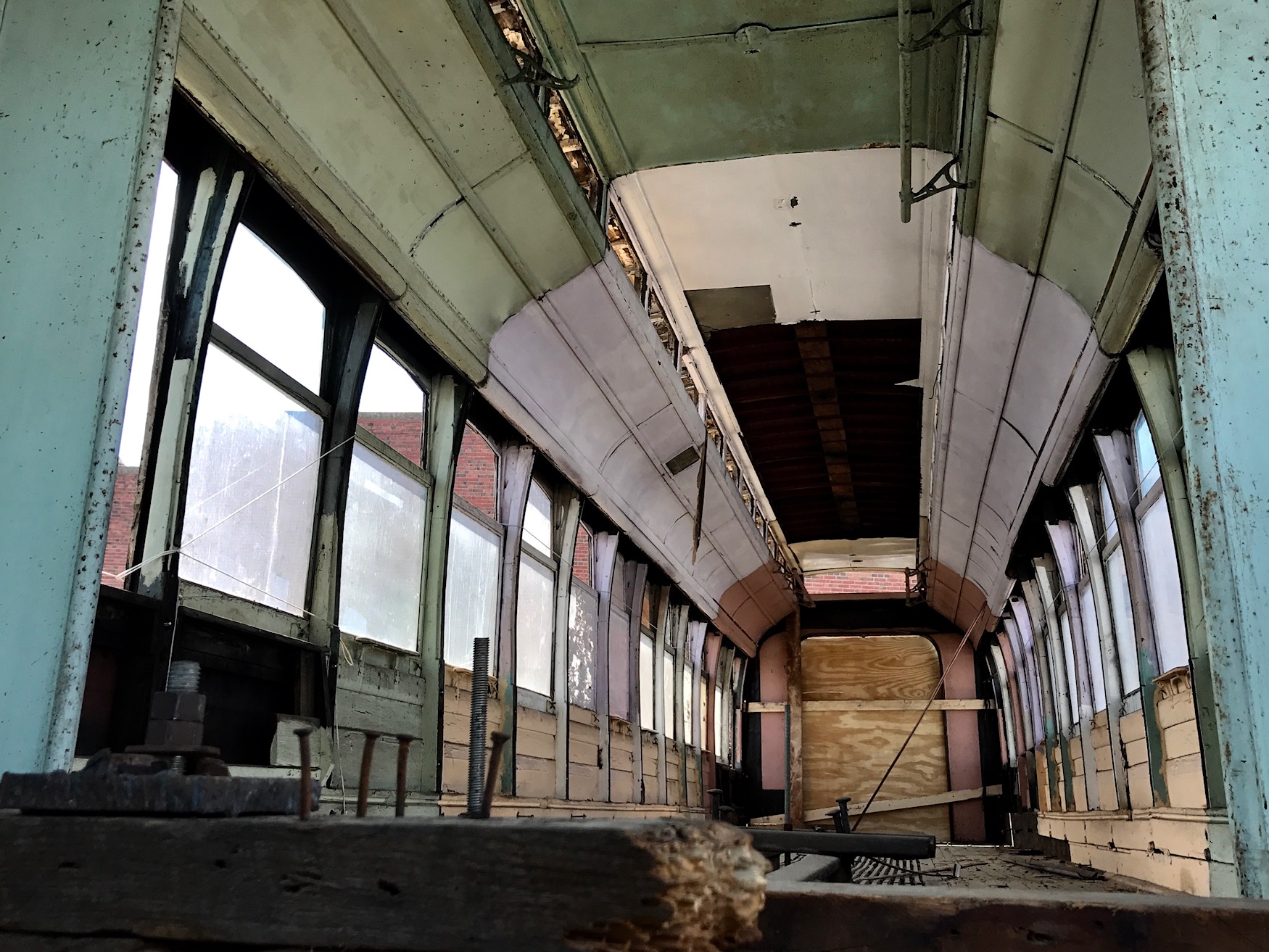 HAMPTON, Va. – The Hampton streetcar 390 is coming home after more than seven decades away.

The Hampton History Museum will host a welcome home ceremony Wednesday at 10 a.m. at 47 Patch Rd. on Fort Monroe.

The streetcar 390 was built by the J.G. Brill Company of Philadelphia in 1917 and was delivered to Hampton in 1918, where it stayed in use until January 1946. It was one of 20 remaining running streetcars before the mode of transportation was done away with in favor of the more ergonomic bus. It is one of two streetcars of its kind left in the United States.

The 390 was classified as a “semi-convertible” due to its windows that opened completely to allow air to flow throughout the car, which made rides more comfortable for passengers than other models of the era. At 8 feet 6 inches wide and 46 feet 7 inches long, it could carry 52 seated passengers and approximately 47 standing riders.

The streetcar was sold to John and Mary Anderson of York County for $100 after it was pulled from service. The couple converted the car into their home, where they lived until 1977.

That same year, a member of the Baltimore Streetcar Museum noticed the 390 along the side of Route 17 while he was on his way back home to Maryland from Virginia Beach. Since the museum did not have one in its collection – surprisingly, since the semi-convertible model was once common in Baltimore – he had the car donated, and the 390 has been at the Baltimore Streetcar Museum ever since.

In 2013, the museum offered the 390 back to the City of Hampton. Hampton’s Streetcar 390 project, along with the Hampton History Museum and the Fort Monroe Authority, spearheaded efforts to restore the historic trolley. Once restoration is complete, it will be placed in a custom-built pavilion in Downtown Hampton, which will also include interactive, multi-media displays about how the streetcar system functioned and how it shaped the physical and cultural development of Hampton.

Click here for more information about the project and to read about the history of the streetcar in Hampton.