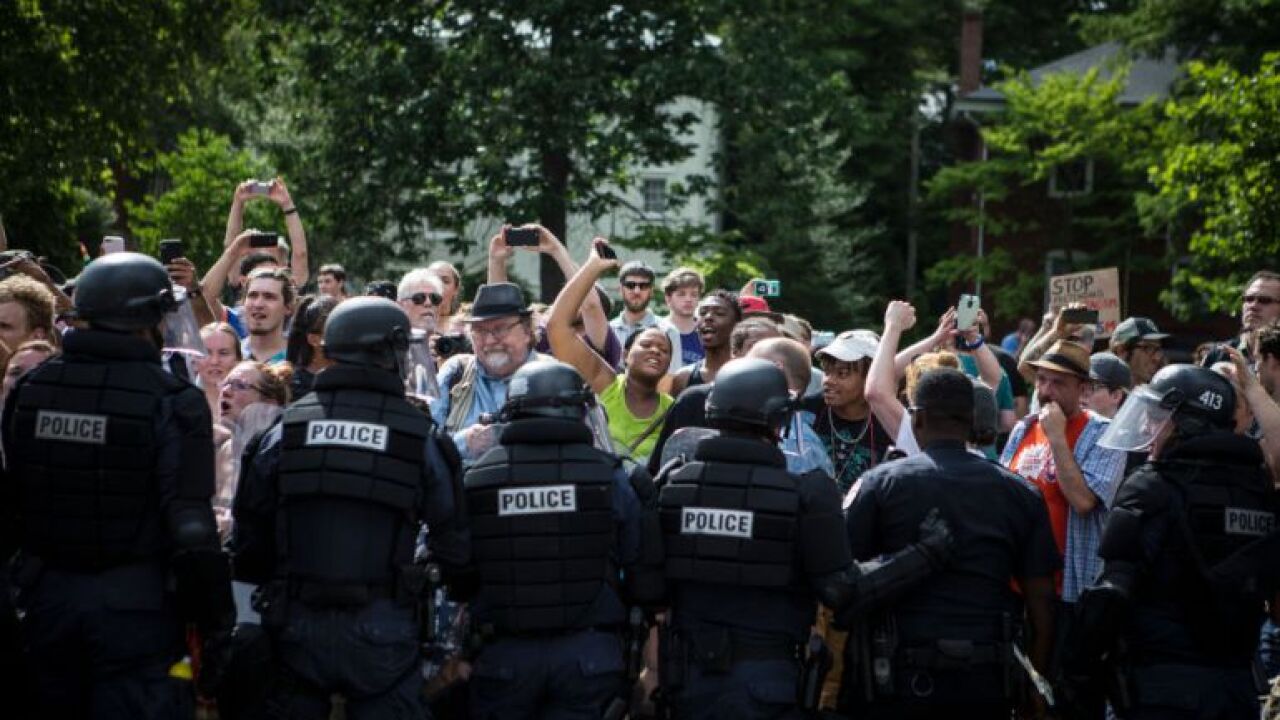 Counter protestors are held back by riot police as the Ku Klux Klan leaves a staged rally on July 8, 2017 in Charlottesville, Virginia. The KKK is protesting the planned removal of a statue of General Robert E. Lee, and calling for the protection of Southern Confederate monuments. (Photo by Chet Strange/Getty Images)

CBS 6 reports that the department said their response to the rally cost the city $23,352 in salaries, the most expensive portion of the expense sheet. That number includes $16,299 in overtime for Charlottesville police officers.

The grand total of expenses, $32,835, does not include expenses by Virginia State Police or Albemarle County law enforcement.

The rally in Charlottesville’s Justice Park drew about 50 Klan members and supporters and about 1,000 counter protesters.

The event was held by the North Carolina-based Loyal White Knights of the Ku Klux Klan. Authorities said 23 people were arrested during the rally and counter protest.

View this document on Scribd
Copyright 2020 Scripps Media, Inc. All rights reserved. This material may not be published, broadcast, rewritten, or redistributed.