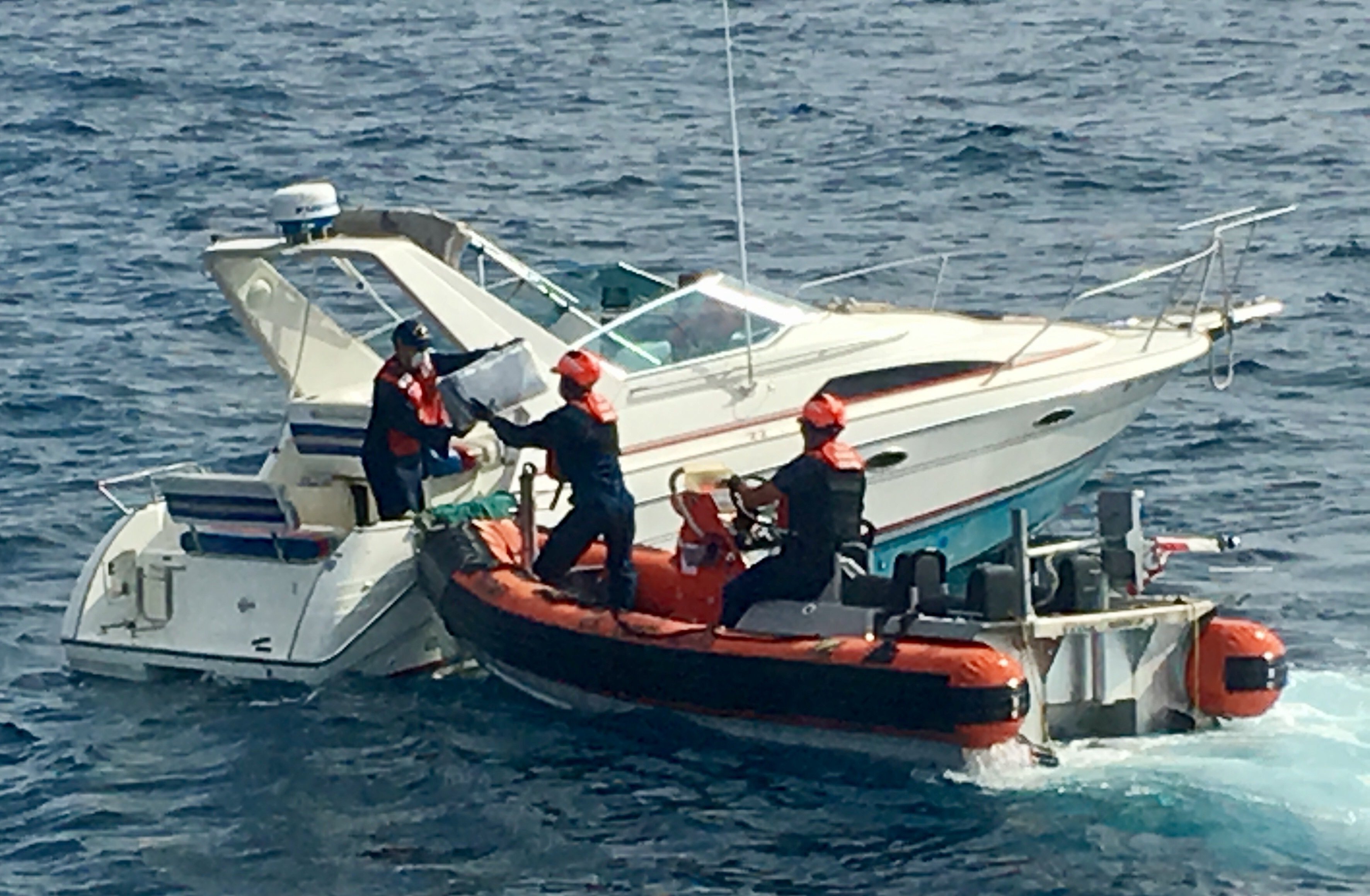 If you’ve got drugs aboard and are having battery issues on your boat, maybe you shouldn’t call the Coast Guard for help.

That’s what happened in San Diego on Sunday morning, leading to the seizure of 1,200 pounds of marijuana, the US Coast Guard said Tuesday.

The distress call came in over the radio to the Coast Guard from a person on the boat, who said they were having battery trouble. When members of the Coast Guard Cutter Sea Otter arrived to the boat, located southwest of Point Loma, they discovered more than an issue with a battery.

Around 50 bundles of weed, weighing 1,200 pounds, were discovered during the inspection of the boat, the Coast Guard said.

“Working together with multiple Coast Guard assets we were able to make another seizure and slow down the flow of illegal drugs into America,” said Senior Chief Petty Officer Justin Eaton in a statement. “It’s never an individual effort, but always a team effort, that make these cases so successful.”

Both people aboard the the boat were arrested.