RICHMOND, Va. -- Protesters screaming "take down the monuments" marched from a park in downtown Richmond to the beginning of historic Monument Avenue before surrounding the statue of J.E.B. Stuart and planting a flag in the mouth of the Confederate general's horse Sunday night.

News 3's sister station, WTVR CBS 6 in Richmond, has been covering the protests since they broke out late Sunday night.

Police followed the crowd and posted updates on social media that the group was moving down West Broad Street around 10:20 p.m.

Police said the demonstrators turned onto Lombardy Avenue and were headed for Monument Avenue as of 10:50 p.m. with the goal of reaching the statue of Gen. Robert E. Lee.

However, the group settled for the Stuart statue when Capitol Police said only 20 people could gather at the Lee monument.

"Tear the racist statues down," the group yelled as one person attempted to climb the Stuart monument before nearly taking a spill and slipping down the statue.

The man, who was shirtless and wearing a mask, was successful on his second attempt. The crowd cheered as he walked back and forth before he successfully planted a flag on J.E.B. Stuart's horse. 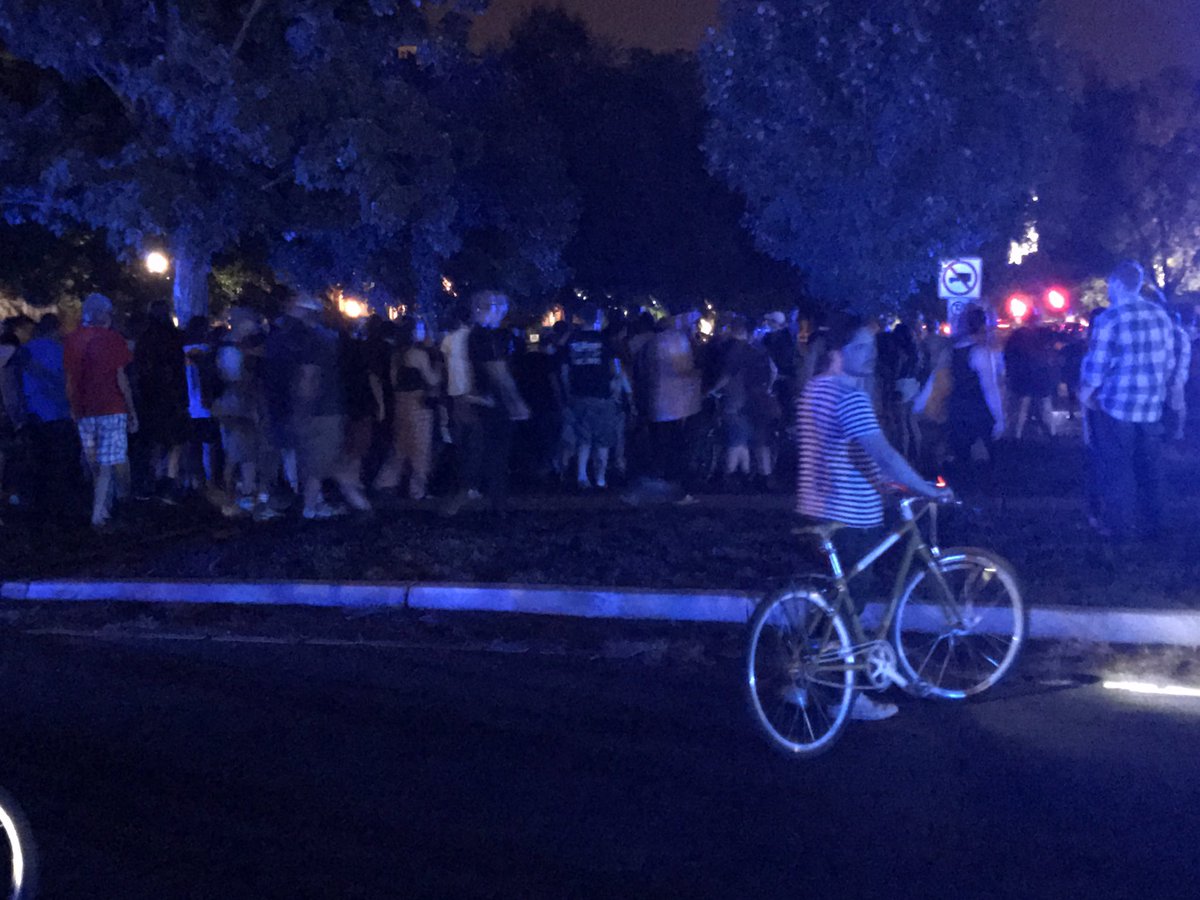 Roads were blocked and police urged drivers to "proceed with caution" as people flooded the street.

The noisy crowd accosted members of the media filming and live streaming the event.

The crowd then began to chant the message and a man on a bike attempted to grab a WTVR CBS 6 camera.

The CBS 6 crew backed away and when they turned around the man on the bike extended his middle finger before finally moving along with the crowd.

At one point a journalist from CBS 6 was assaulted by a protester, the station reported. The journalist was not on the clock but was recording video for a newscast on his phone.

He has since been treated and released from the hospital.

Another exchange happened around 11:30 p.m. after protesters surrounded the statue and were headed east back to park where the group originated.

"We're trying to sleep," one man yelled. "I have to be at work at six in the morning."

"Congratulations you won the argument. You look really cute. Enjoy your [expletive] job at 6 a.m.," a protester responded.

The march ended just after 12:30 a.m. when the group returned to Abner Clay Park and dispersed.

Richmond Police said one person was arrested, but it was not the person who climbed the statue nor the person believed to have assaulted a WTVR CBS 6 staffer.

Chief Durham said he was proud of all the officers who aided in crowd control.