Sierra Leone is in a “race against time” to avoid a new landslide, an official has said, only days after a devastating mudslide on the outskirts of the capital claimed more than 330 lives.

Authorities have already been evacuating people around the site of Monday’s landslide at Mount Sugar Loaf, about five miles outside the capital, Freetown, after examining drone images.

Now aerial images of an adjacent hill have revealed a crack that is likely to collapse and that covers a much larger area, Tourism and Cultural Affairs Minister Sidie Yahya Tunis told CNN.

“After looking at drone images, we have realized that we have a bigger portion of about 29.1 hectares (71 acres) that is likely to collapse,” Tunis said. “We don’t know how much coverage that will have (on the ground)… This is even more worrisome for us.”

About 1.9 hectares (4.7 acres) of the hillside collapsed in Monday’s landslide, which covered homes in an area spanning 3.6 hectares (8.9 acres), the minister said.

More rain is expected to fall in the country over the next few days, which increases the threat of a new landslide, the minister said.

“We are really very worried; the weather conditions are still not favorable. The prediction is that we are expecting more rain in the next couple of days… We want to be able to evacuate as much people as we can before we find ourselves in this situation again.”

The country is already overwhelmed as it tries to respond to the fallout from Monday’s landslide, Tunis said.

“We are now busy evacuating people. We have mounted tents and shelters. … It is a race against time and the resources that are available,” he said. “At this point, more hands are needed on deck, both locally and internationally. The gravity is huge and the magnitude is just so much for this nation to handle. I pray that other countries will come in to assist.”

Mourners were gathering to pay respects at a mass burial Thursday afternoon as the search continues for other victims.

The mass burial, initially planned for Wednesday, was postponed for a day to allow families to identify their loved ones. The country’s President, Ernest Bai Koroma, and other dignitaries including Liberian President Ellen Johnson Sirleaf were expected to attend the ceremony.

The death toll has climbed to 331, Tunis said, with rescue workers recovering the bodies of 122 children, 111 men and 98 women from the wreckage so far.

Around 600 people are still unaccounted for after heavy rains struck the Regent district in the early hours of Monday, according to government officials and aid agencies.

Houses that hugged the slopes of Mount Sugar Loaf, many of them little more than wooden shacks with tin roofs, were buried after torrents of mud poured down under the force of the water.

Rescue workers told CNN they were losing hope of finding whole bodies in the debris. Some body parts have washed up on nearby beaches.

Many residents appeared shell-shocked in the wake of the disaster, crying as they walked along or looked for missing loved ones. One woman told CNN she had lost most of her family members, including her heavily pregnant sister.

Another resident, Ishmael Tomboyeke, said he was looking for his sister’s body. After seeing the mudslide, he said, “I ran there, I saw where the house was, everything was demolished.”

The city morgue at the Connaught Hospital has been overwhelmed by the influx of victims in what is one of the deadliest natural disasters to hit Africa in recent years.

Between 2,000 and 3,000 people have also been displaced, Abu Bakarr, spokesman for the Red Cross in Sierra Leone, told CNN on Tuesday.

Flooding is not unusual in the region, which is experiencing its rainy season.

But this year has been particularly wet, with Freetown receiving more than 27 inches of rain between July 1 and August 13 — more than double the average of 11.8 inches, according to the US National Weather Service’s Climate Prediction Center.

Nonetheless, rights group Amnesty International said the authorities could have done more to avert the crisis.

“While flooding is a natural disaster, the scale of the human tragedy in Freetown is, sadly, very much man-made,” said Makmid Kamara, the organization’s deputy director of global Issues.

“The authorities should have learned lessons from previous similar incidents and put in place systems to prevent, or at least minimize, the consequences of these disasters. Devastating floods are now an annual occurrence in the country’s capital. Yet, due to a lack of regulation and insufficient consideration for minimum standards and environmental laws, millions of Sierra Leoneans are living in dangerously vulnerable homes.”

International aid is now needed to provide temporary accommodation, proper sanitation and health care to those affected, Amnesty said, as it warned that the death toll was likely to rise “substantially.”

“Our thoughts and prayers are with all who have lost loved ones and those whose homes and livelihoods have been affected,” she said in a statement posted on her official Twitter account. 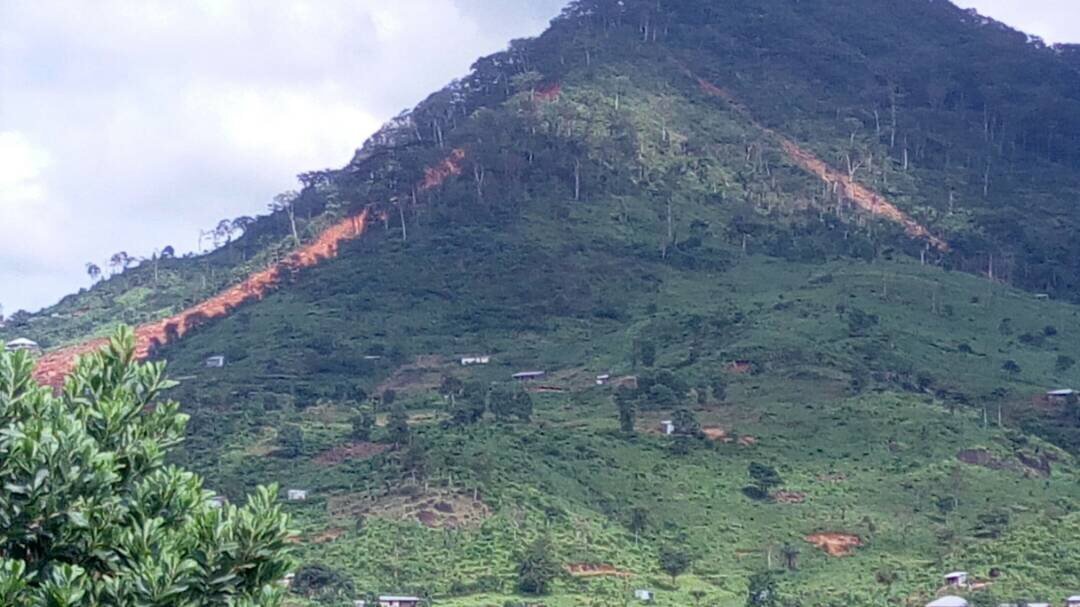