A student pilot was also injured when the plane crash landed in a field off Route 665, near Crosses Grove Road, in the Quinton area of the county at 11:05 a.m.

"A small, fixed-wing, private aircraft crash landed into a field and then struck a fence," a Virginia State Police spokeswoman said. "There was a pilot and one passenger onboard at the time of the crash."

The instructor and student pilot were doing touch and go training, according to Virginia State Police Sgt. Ricky Williams.

On the fourth touch and go, the pilot and student experienced engine trouble while looking for a safe place to land.

The pilot and flight instructor, 38-year-old Andrew M. Jones, of Richmond, Virginia, was flown to VCU Medical Center with life-threatening injuries. He succumbed to his injuries later Friday.

The student-pilot, a 67-year-old New Kent County man, was transported to a nearby hospital with minor injuries.

The NTSB and FAA, who are investigating the cause of the crash, spent hours Friday afternoon assessing the scene.

Ed Augustine said Jones was a pilot for Paramount Builders before he started a flight school in New Kent County.

Augustine remembered the 38-year-old as a very careful and conscientious pilot.

"I flew with him a hundred times," Augustine said. "My friends and family were amazed at how careful he was."

The cause of the crash is under investigation. 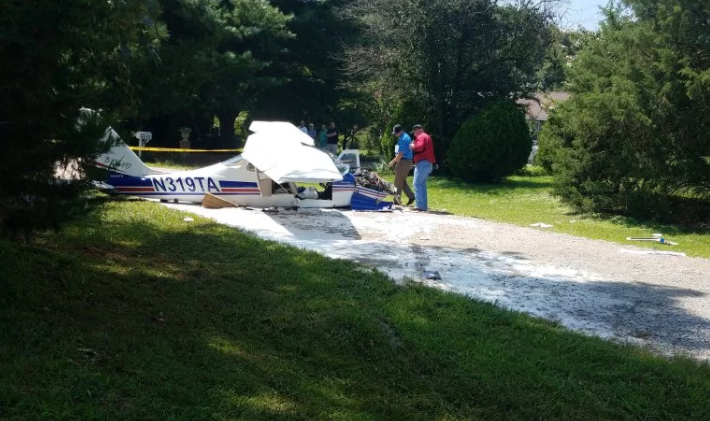