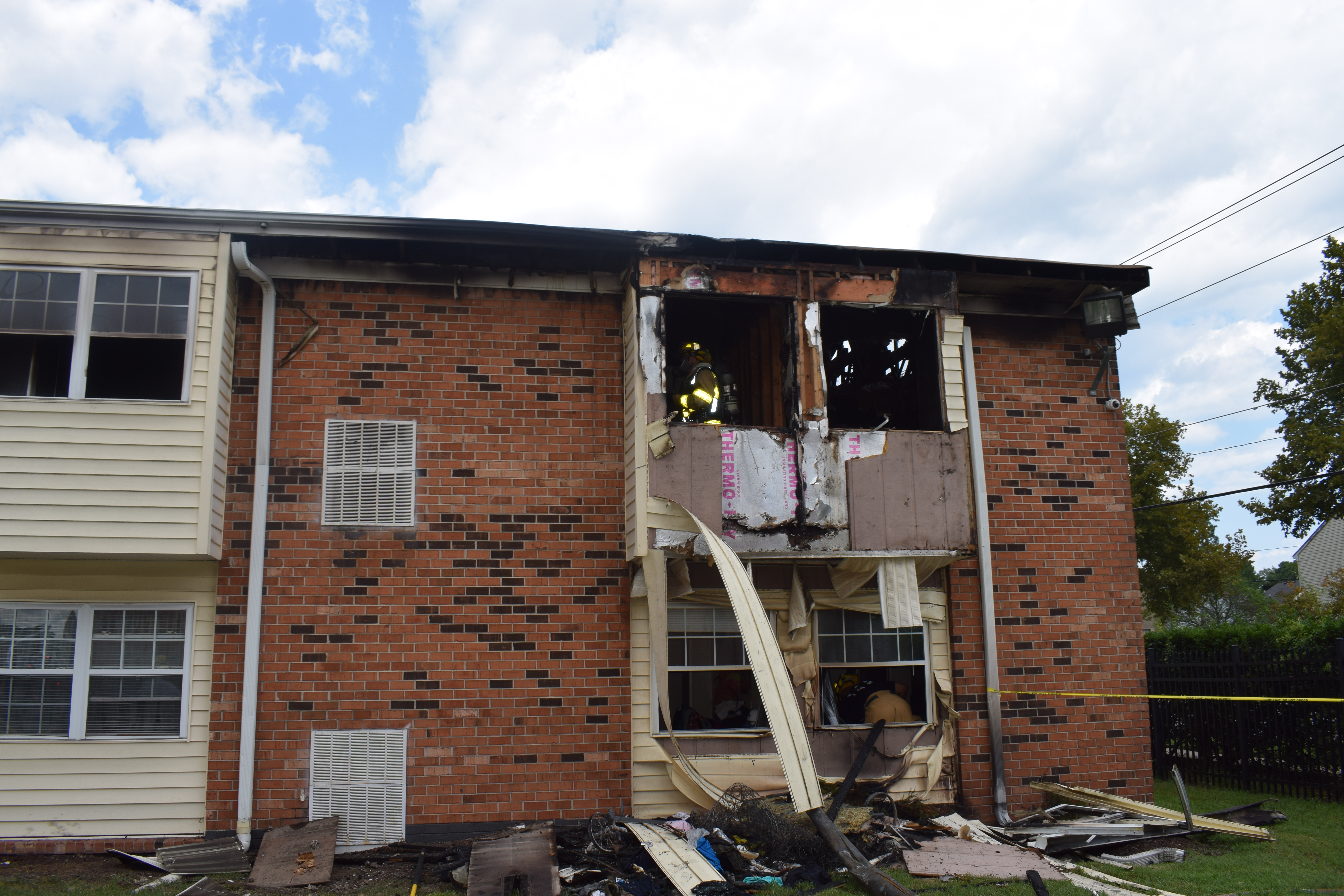 NORFOLK, Va. – Seventeen people have been displaced after a two-alarm fire at an apartment complex in the 7100 block of Sewells Point Road Friday.

The fire was reported at 11:12 a.m. and crews with the Norfolk Fire-Rescue arrived approximately four minutes later.

An adult female occupant inside the apartment smelled smoke and self-evacuated along with her five-year-old grandson. She notified neighbors of the fire as she evacuated.

Engine Company-14 reported heavy smoke visible from the second floor of the two-story apartment building. Crews advanced a fire hose inside the building for an interior fire attack and to conduct a primary search of the apartment.

Firefighters encountered heavy smoke and high heat conditions as they attempted to suppress the fire. A second alarm was called due to the magnitude of the fire and the size of the building.

Norfolk Fire-Rescue Battalion Chief Julian Williamson said the fire was brought under control at 12:30 p.m. Crews used fire suppressant efforts to tackle the blaze and contain the fire to the building of origin. Approximately 45 firefighters responded to the fire.

No injuries were reported to any civilians or firefighters. Chief Williamson believes that a person that was treated on the scene was evaluated just as a precaution.