“Everywhere I walk, every crew members comes to me and express their concern over the people in the affected area and they just wanna do what they can do to help,” Captain Dave Guluzian said.

“We carry a lot of shallow draft boats and vessel that will allow us to move large bulk, supplies and quantities to a lot of affected areas,” Admiral Jeffrey Hughes explained.

The ships will provide medical support, maritime security and heavy lift air support. State and local agencies are in the lead for this response effort, which will most likely be long-term.

Hughes said they don’t have any direct orders at the moment but will be ready when needed.

“We have the ability to move supplies and logistics all over the place,” he said.

It’ll be at least three to four weeks before the Marines and Sailors return from their mission. 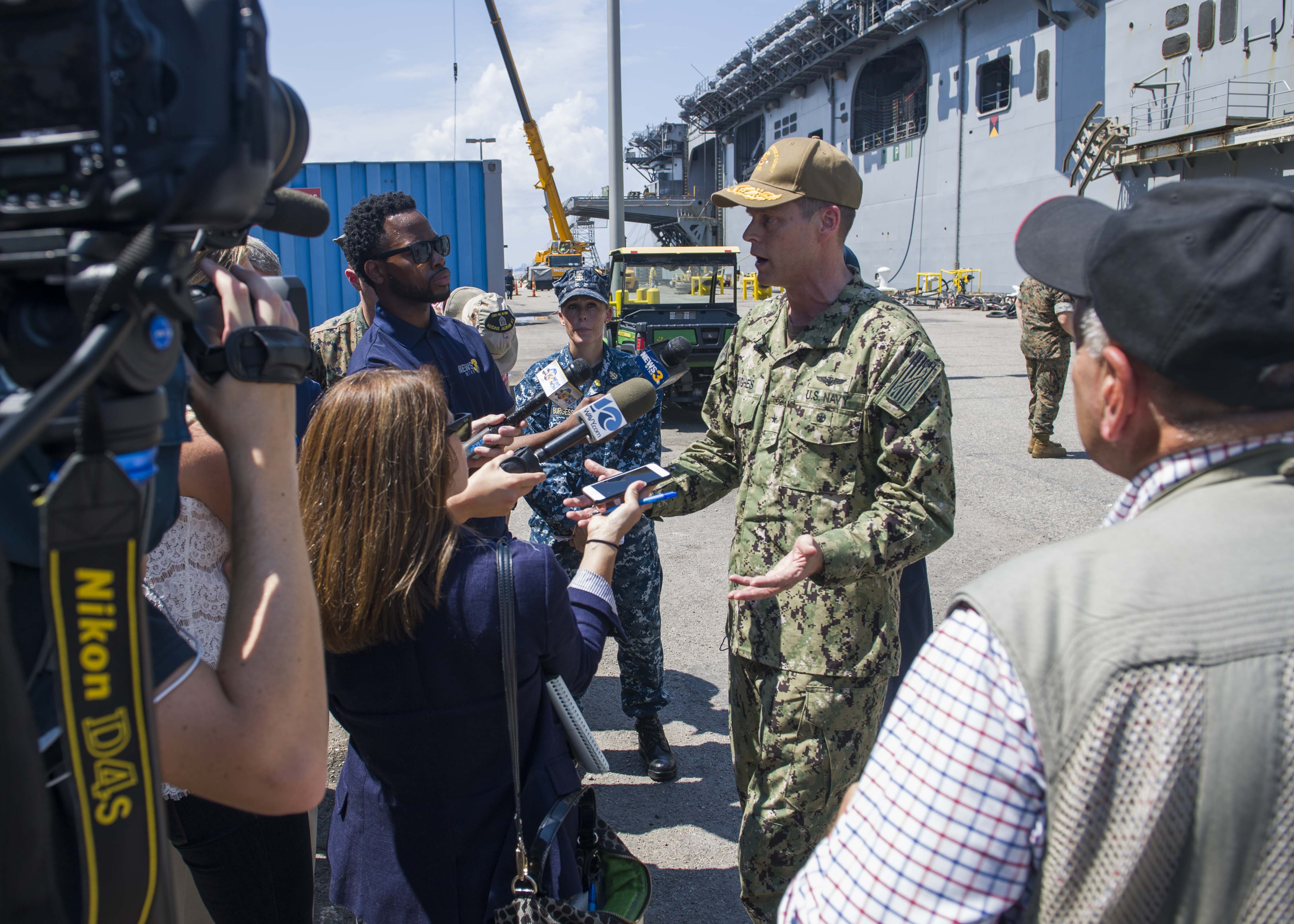