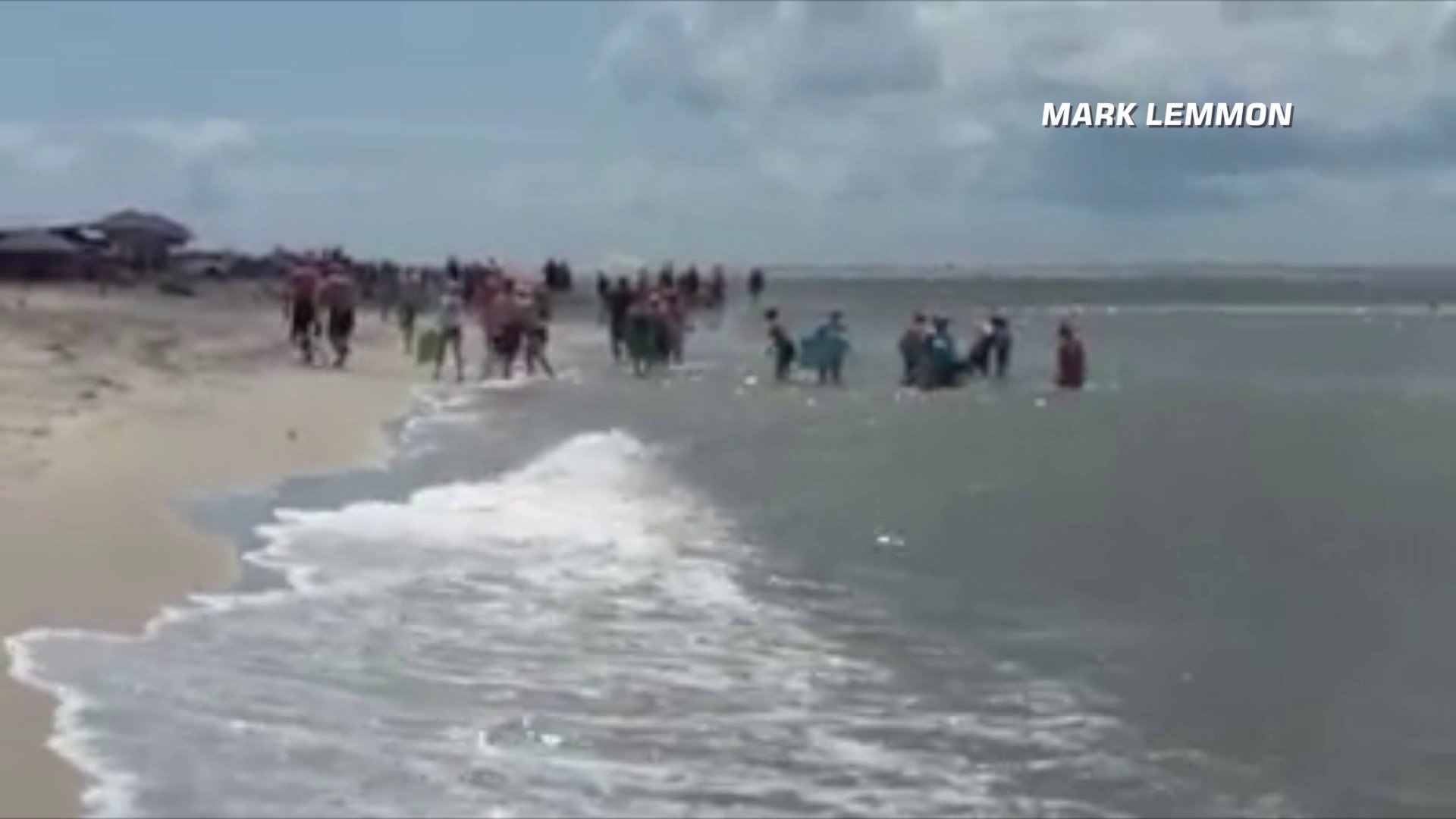 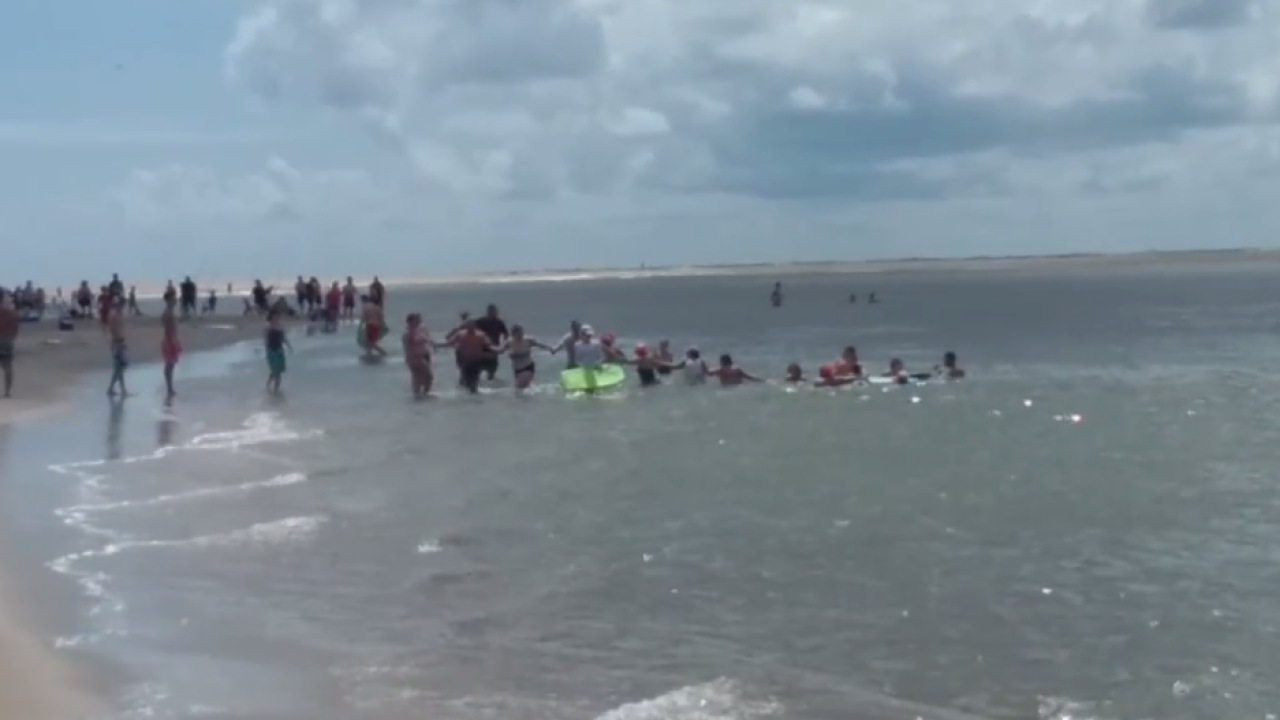 The swimmer was in the ocean off Shelly Island, according to Lemmon. The video shows a large group of people holding hands to help the swimmer in need.

Some rescuers even got as deep as their shoulders to reach the swimmer. As the video ends the chain is seen coming out of the water and everyone appears to be just fine.

Dare County dispatchers said they did not get a call about a water rescue and that the people in the area took it upon themselves to save the swimmer.

Shelly Island appeared in the ocean almost overnight in June and visitors have enjoyed exploring the new shoreline but the current can be dangerous at times.