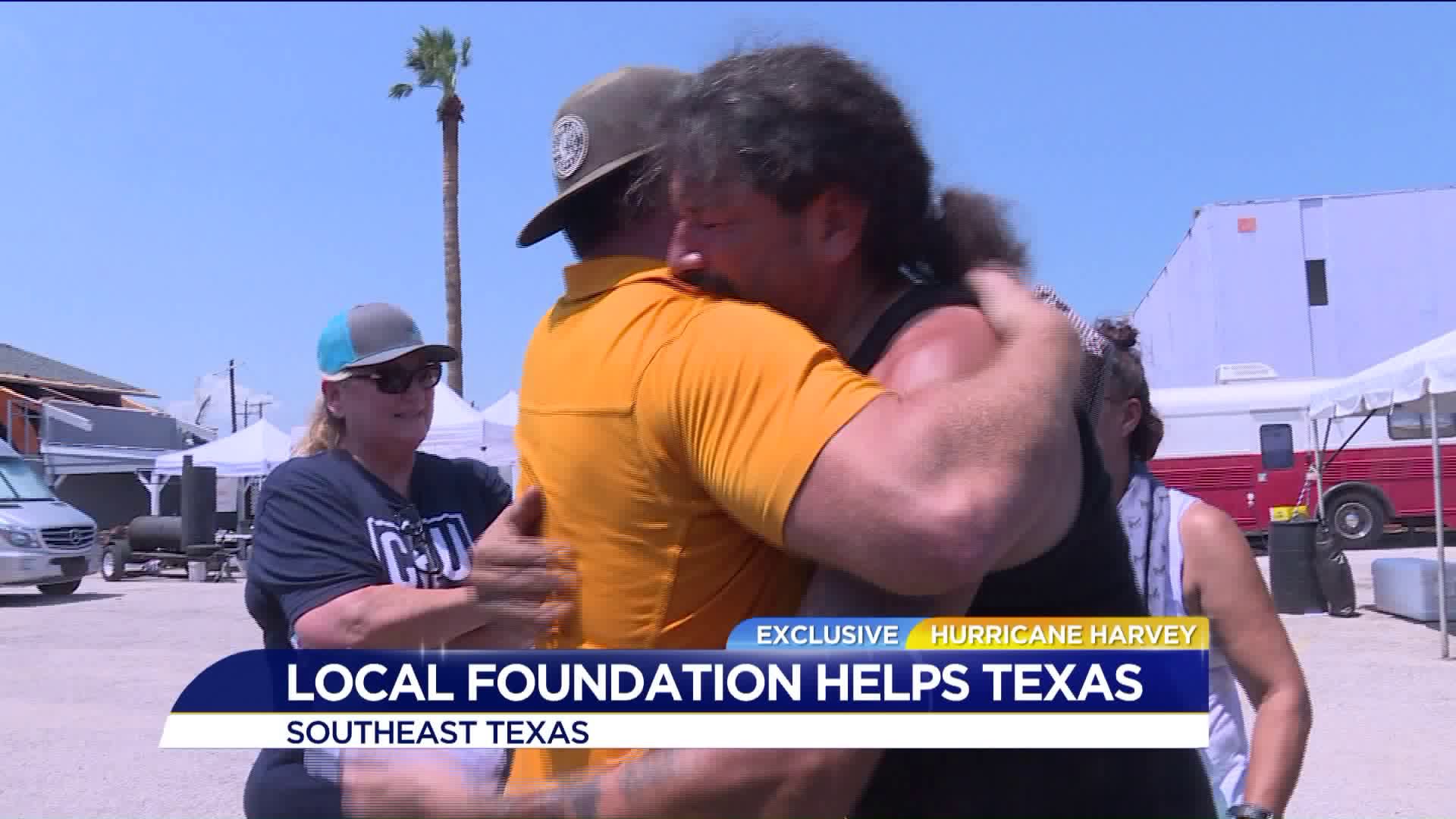 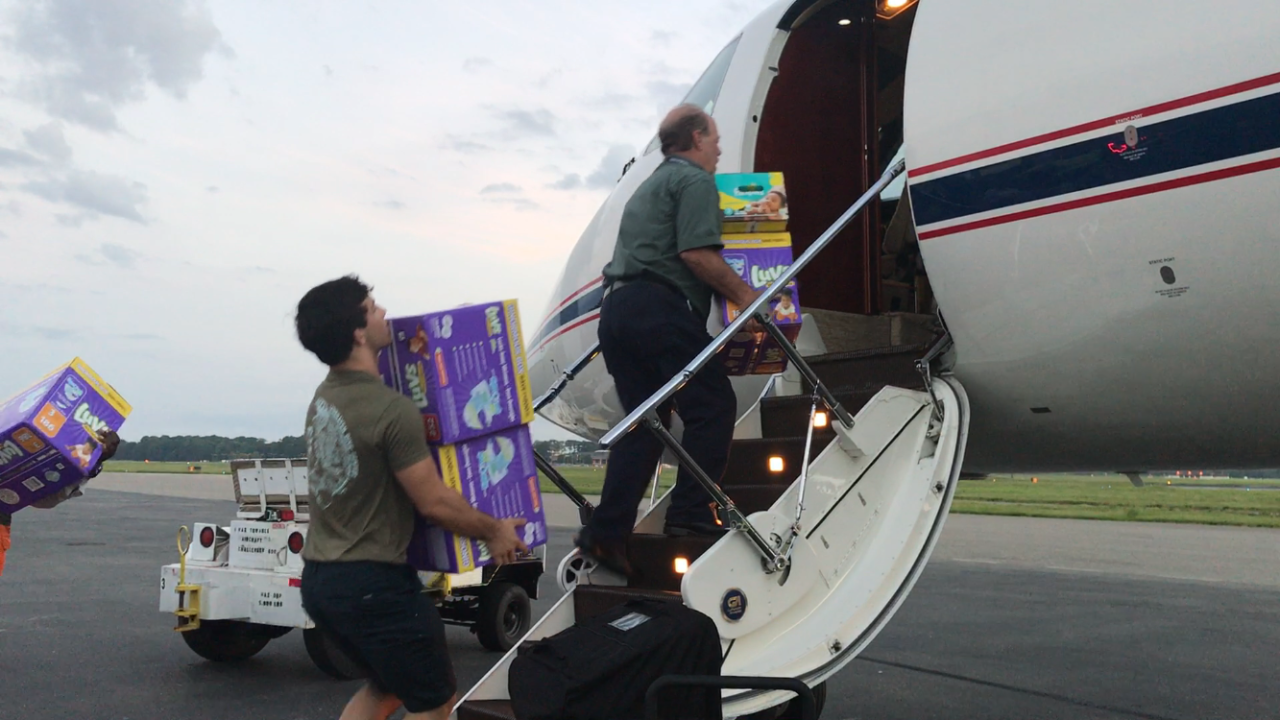 The idea came about Tuesday evening when Luke Hillier was watching the news and saw the devastating video. He wanted to take action and help the victims any way he could, but wanted to go beyond donating money. Hillier wanted to bring supplies himself.

Early Thursday morning, Hillier's plane was full of supplies, including more than 750,000 water purification tablets, kevlar gloves, hard hats and more. After traveling through the remnants of the storm Harvey left behind, Hillier Ignite, Hillier's foundation, landed in Corpus Christi. They unloaded box after box of supplies from the plane and drove to Church Unlimited, which was heading the relief efforts for Corpus Christi and smaller cities hit hardest by Hurricane Harvey, including Rockport.

The main church building served as the distribution center and was bustling was volunteers of all ages. The supplies unloaded from a 19-foot moving truck were more than welcome.

Then, Hillier Ignite drove to Rockport, which had buildings destroyed by Harvey's gusty winds.

"We just found people buried underneath their homes and been there since the hurricane happened. No food, no water," said Cathy Harwick, a pastor at Church Unlimited and helping to lead relief efforts.

Harwick told the foundation the story of a family who weathered the storm inside their home. They couldn't leave their father in law behind, so they were holding on to anything they could find inside so they wouldn't get blown away. Hillier, immediately touched by the story, gave the family a donation.

The head of the family, a man named Chief responded with tears. "I used to do relief work for FEMA, go to Florida everywhere and now I can't do it."

Hillier responded, "Now we’re here to do it for you."

Harwick, watched the entire interaction. "It took my breath away. I got extremely emotional because though that may be small to someone, to this family, you might as well have given them a million dollars," said Harwick.

Showing compassion and a hug all the way from Virginia can have a big impact, even in the great state of Texas.