Vice President Mike Pence traveled to hurricane-struck Texas on Thursday and met with Texans affected by the storm.

He visited the Corpus Christi area, which was the point of initial landfall for Hurricane Harvey in the state.

The Cabinet secretaries and the vice president joined Graham in prayer, bowing their heads along with about 100 people from local congregations.

“There is no storm as tough as the people of Texas!” Abbott, who introduced Pence, told the crowd energetically. He declared this coming Sunday a day of prayer for the state.

Pence thanked the first responders and local officials, saying, “I also want to pay a debt of gratitude to all of those that have stepped forward and shown their work in this dark hour.”

He added that he spoke to President Donald Trump on the plane en route to Texas, who told him that “We love Texas.” Pence emphasized that Trump wanted Texans to know that the “full resources of the national government are being brought to bear in a consistent way.”

As he shook hands after the short remarks, a few people broke down in tears as they hugged the vice president and shook hands. Many offerings of “God bless you” passed through the crowd. Pence looked flushed and emotional.

At another stop down the road in Rockport, Pence rolled up his sleeves as he met with victims of the storm whose homes were badly damaged. At one young couple’s house, Pence pulled on blue work gloves and dragged tree branches out of a front lawn, sweat dripping down his nose.

On Tuesday, Trump visited Corpus Christi and Austin as he met with federal, state and local officials about the ongoing rescue and recovery efforts after Hurricane Harvey made landfall over the weekend.

When aides advised Trump that visiting the hardest-hit areas would divert important resources from the recovery efforts, he

It is not the first time Pence has visited natural-disaster ravaged regions. In August 2016, when he was governor of Indiana, he paused campaigning on the Trump ticket to visit regions of his state that were hit by tornadoes.

Harvey is projected to be one of the most expensive natural disasters in US history. Two estimates on Wednesday put total losses — including property damage, lost wages and disrupted business — at as much as $75 billion.

Trump said earlier this week that he believes Congress will act quickly to provide disaster relief funding to the areas affected by Harvey, predicting “very rapid action” on the matter.

While Pence served in Congress, he voted for the final package for Katrina relief in 2005, though he made comments on the House floor that expressed concern in raising taxes to fund it.

At the time, Pence was head of the House Republican Study Committee, a group of fiscal conservatives who were pressing for some spending cuts to pay for the relief package. 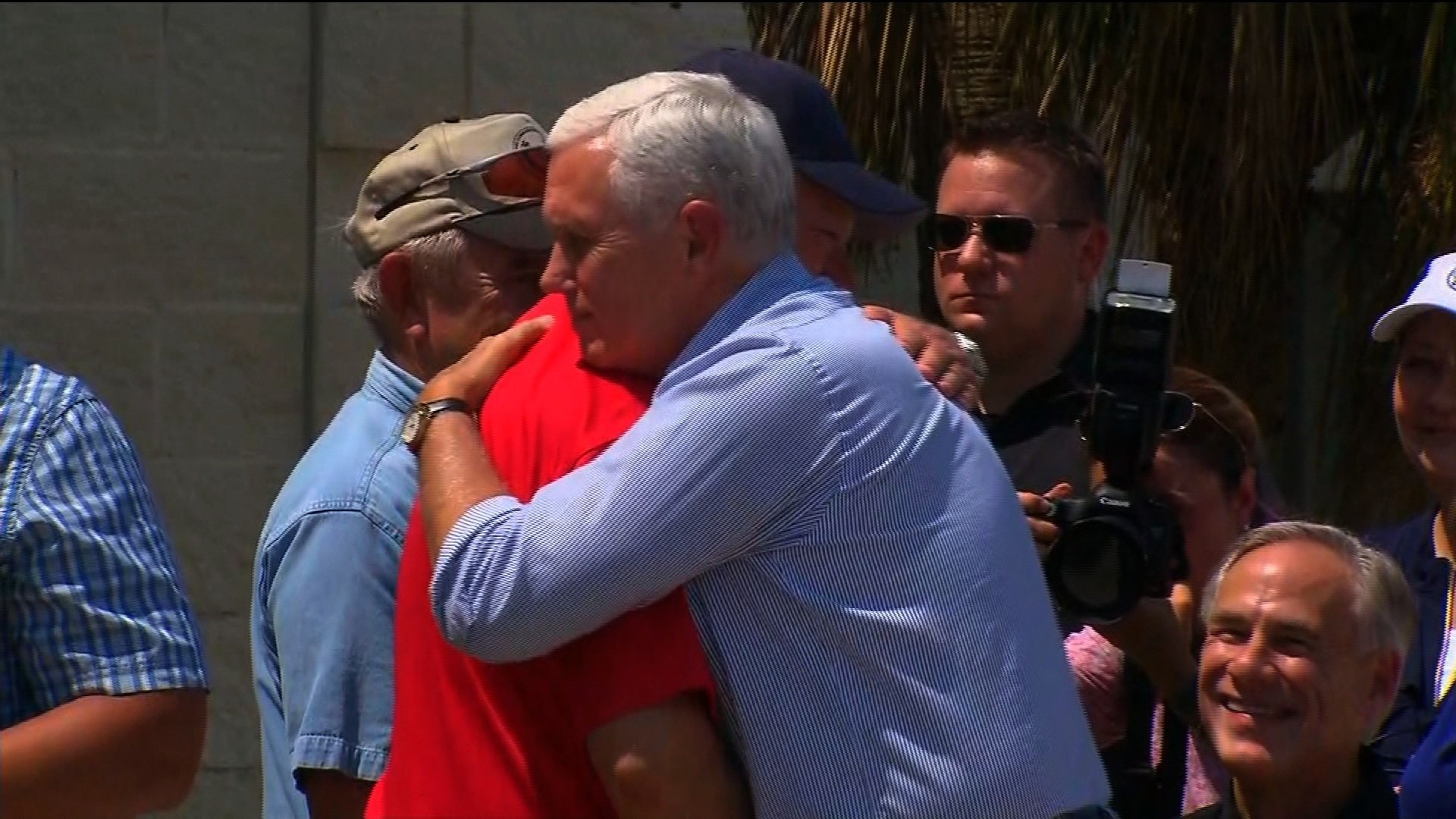