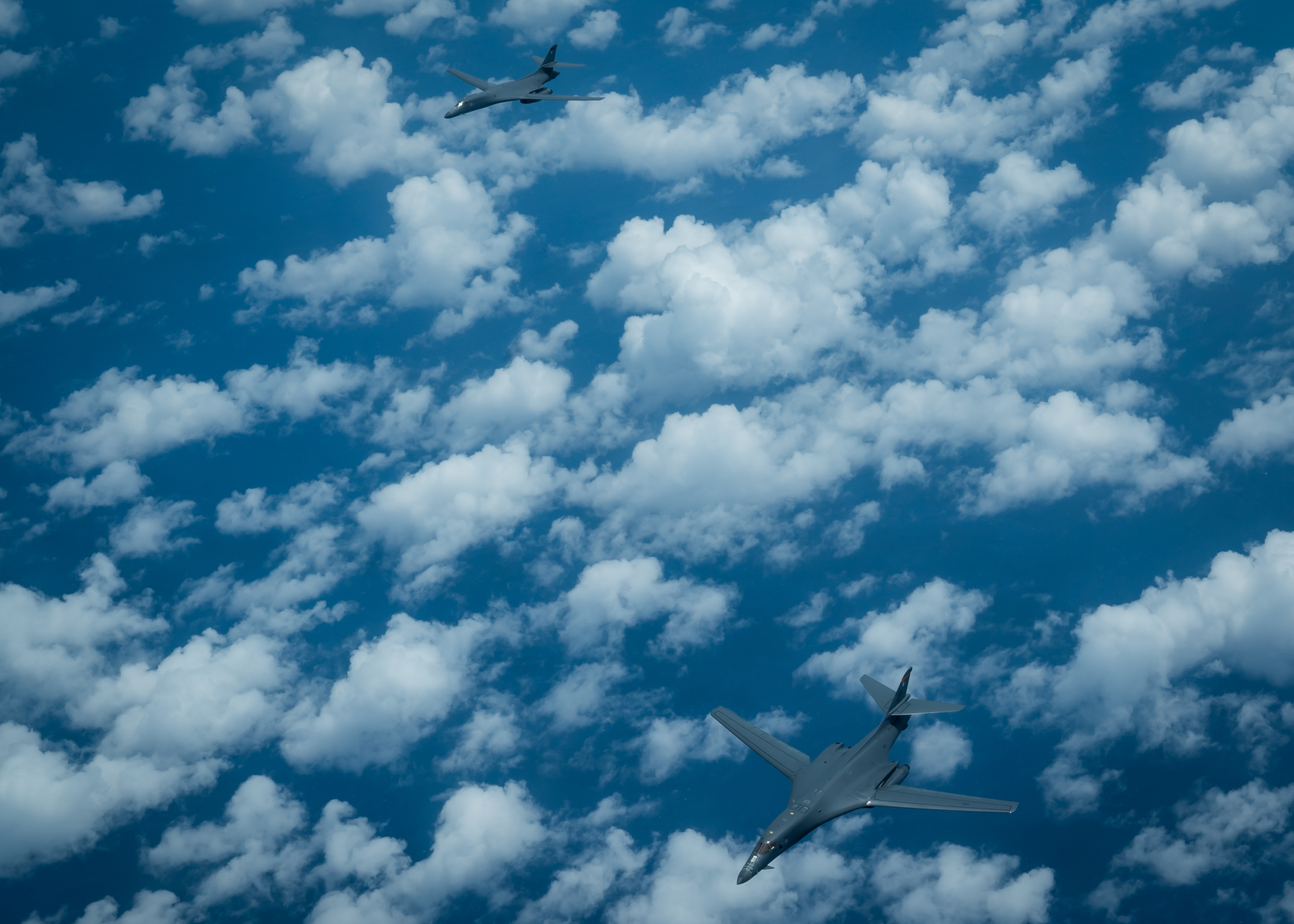 Two days after North Korea flew a missile over Japan, the United States and South Korea staged their own show of force with state-of-the-art stealth fighters Thursday.

In a statement, the air force said the US bombers flew out of Guam and four stealth fighter jets from a US Marine Corps base in Japan.

They conducted a mock bombing drill, which simulated a surgical strike of key enemy facilities, over the Pilsung Range in the eastern province of Gangwon.

In a statement, US Pacific Command said the flyover was a “direct response to North Korea’s intermediate range ballistic missile launch.”

“North Korea’s actions are a threat to our allies, partners and homeland, and their destabilizing actions will be met accordingly,” said Gen. Terrence O’Shaughnessy, commander of Pacific Air Forces.

North Korea has been test-firing missiles at a rapid clip this year. With each launch, experts say Pyongyang can further refine and perfect its missile technology.

The bomber flights are a common response to North Korean actions that the United States and its allies perceive as hostile.

B-1s flew over the Korean Peninsula following both of Pyongyang’s successful tests of intercontinental ballistic missiles, the type of weapons designed to deliver nuclear warheads to far-off locations such as the US mainland.

The bombers flew from Andersen Air Force Base on Guam, the closest US territory to North Korea and the target of North Korean threats in recent weeks.

The state-run Korean Central News Agency said that Tuesday’s missile launch was “a meaningful prelude to containing Guam,” which it called the “advanced base of invasion” for US forces.

In a follow-up statement Thursday, the agency promised future launches “targeting the Pacific, where the US imperialist aggressor forces’ bases are stationed.”

“It should not be forgotten even a moment that the whole of South Korea can turn into ruins,” the statement said.

South Korea and the United States are currently engaged in joint military exercises, which kicked off last week. The annual exercises always infuriate Pyongyang, and some have called for them to be called off or scaled back as a show of good faith that might bring North Korean leader Kim Jong Un back to the negotiating table.

At a news conference Thursday, Chinese Ministry of Foreign Affairs spokeswoman Hua Chunying seemed to be referring to the largely simulated drills when she said the situation in the Korean Peninsula “is not like a movie script or computer game.”

“It is real. It exists,” she said. “It is an important and serious issue that directly affects people’s safety in the South and North. And it also affects the peace of the whole region. We hope every side makes rational judgments and wise decisions in a responsible manner for the people and regional peace and stability. ”

The F-35 Joint Strike Fighter, the most expensive and one of the most controversial weapons systems in US history, is held out as “the cornerstone” of US defense in the Pacific.

Based at a US base in Iwakuni, the first of 16 fighters arrived in Japan in January, showing Washington’s “commitment to the defense of Japan with the most capable and modern equipment in the US inventory,” a US Marines official told CNN at the time.

According to the Marines, the deployment of the fighters to Japan was ordered under the Obama administration, and was not related to ongoing tensions with North Korea.

Nevertheless, analysts said the fighters’ presence in Japan sends a strong message, and the country’s Ministry of Defense claimed they increased Japan’s deterrent capability amid an “increasingly severe” security environment.

“I would like to make the utmost effort to protect the lives and assets of the Japanese people under a strong alliance between Japan and US,” Abe recounted Trump saying after the call.

The F-35 stealth fighters would be a key part of any US pre-emptive strike on North Korea designed to neutralize the country’s defensive and counterstrike capabilities, Jerry Hendrix, a retired Navy captain and senior fellow at the Center for a New American Security, told CNN earlier this month.

Corey Wallace, a security analyst at Freie University in Berlin, told CNN the use of the F-35s out of Japan showed the United States had various options for potentially striking North Korea.

“(Washington has) platforms from Guam and Japan linking up and operating together over South Korea with South Korean assets, with all of the governments supporting this,” he said.