He says he’s not usually emotional but begins to break down as he surveys the damage from Hurricane Harvey for the first time.

“This has been too much for me. To be honest, I don’t know if I’m going to be here long,” he says after seeing pictures of his sons.

Wolfe is among thousands of Texans who are slowly leaving shelters to face Harvey’s massive destruction up close a week after the catastrophic storm hit. They wait on muddy banks for a boat ride to homes that remain under several feet of water.

“Surreal is probably the understatement of the century here,” Wolfe says as a rescuer navigates him through waters on a neighborhood street Thursday.

“You know, watching a 30-foot fishing boat drive down your street is like something you’ve never seen before.”

‘This is the stuff you can’t replace’

Knee-deep in floodwater, Ryan Short pushed his way through a sea of toys, floating bits of laminated floor, and other knickknacks as he returned to his family’s Houston apartment.

The 34-year-old, his wife and baby had only been in their home for four months after living with family for two years. They had not even met their neighbors until now.

“Hopefully, you don’t need disasters to talk to your neighbors,” he said.

Evacuees have lost many of their possessions. But the loss of personal mementos such as family albums and birthday notes is what Wolfe and others say hurts the most.

“This is the stuff you can’t replace, right?” Wolfe says as he picks up a son’s birth announcement that’s dripping wet.

And more than 103,000 people in Texas have been approved for emergency assistance, including financial aid for rent and lost property, the Federal Emergency Management Agency said Friday.

Returning home can be overwhelming for some.

“This is very confusing, can’t get it wrapped in my mind,” said Ed Windler, 86, who went back to get his medications.

Mattresses, water-soaked couches and pieces of wood are piling on up sidewalks in Houston and across southeast Texas.

Ruben Rincon and some friends have started removing laminated floors and looking for anything that can be salvaged at his Houston home.

“We bought the house two months ago. We moved away from Galveston because of the hurricanes, and we are going through the same thing here,” Rincon said.

In Victoria, southwest of Houston, about a dozen volunteers from the Christian relief organization Samaritan’s Purse are rebuilding Mary Martinez’s home, hard hit by Harvey. Part of the ceiling has come down.

“I didn’t think it was going to be this bad,” Martinez said as volunteers, covered head to toe with plastic suits, filled wheelbarrows with debris.

Willie Marie Burton is one of about 10,000 evacuees who took temporary shelter in downtown Houston’s George R. Brown Convention Center. On her 66th birthday, she returned home hoping to find her dog, who had run away as Harvey approached.

“I know that storm scared you, but I’m glad you made it,” Burton told Lassie as the animal emerged to greet her.

As Burton walked through her house, she saw that furniture was out of place and that her refrigerator had fallen over.

“The house is a mess, but that’s OK because you can get things, but you can’t get a life,” she said. “I’m glad to be alive.” 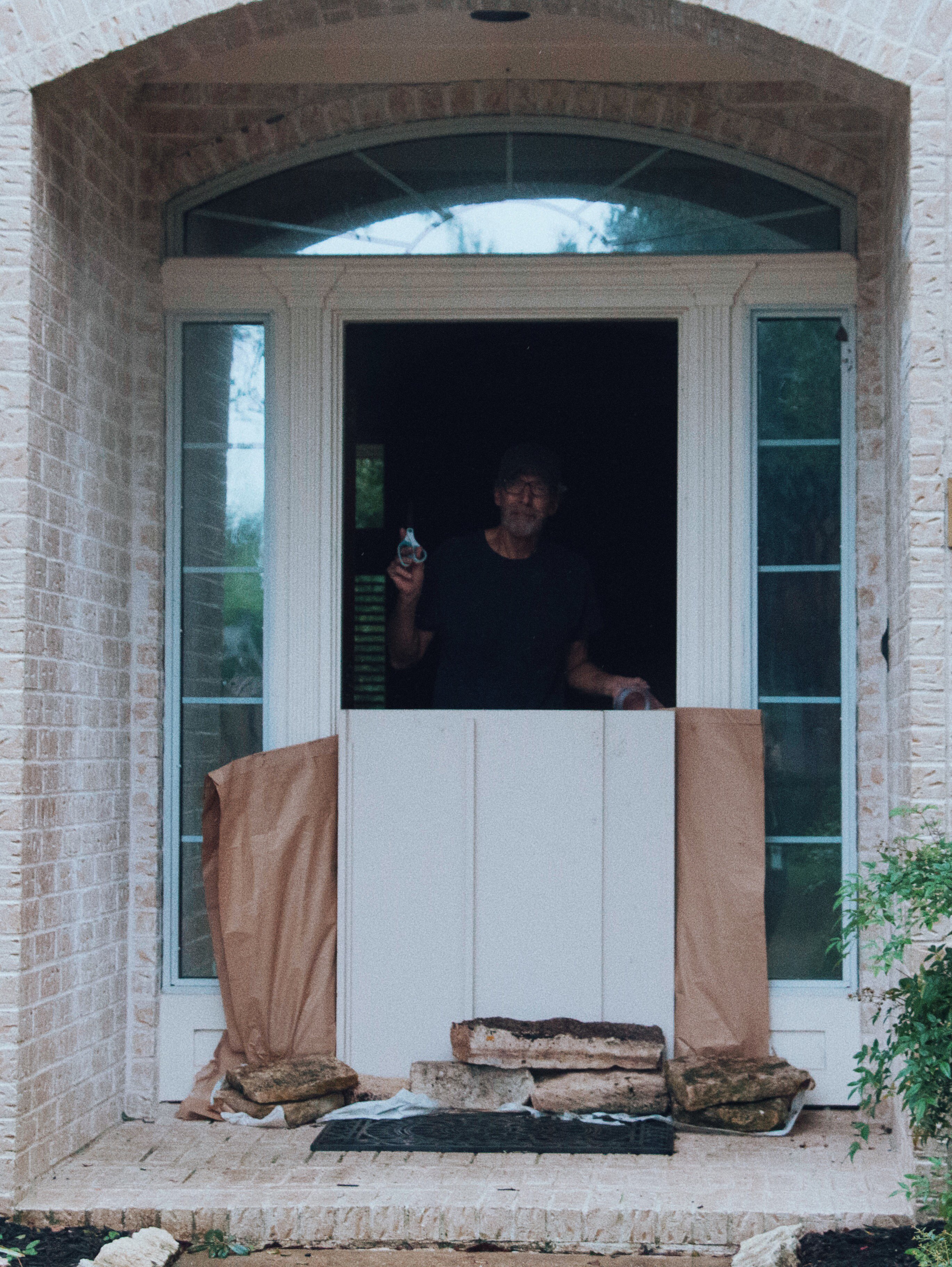