VIRGINIA BEACH, Va. - The Wildlife Center of Virginia is currently nursing a bald eagle back to health after it was hit by a vehicle in Virginia Beach.

The Center says the eagle, named "HK,"  is well-known in the community. HK nests at the Honey Bee Golf Course in Virginia Beach and is often spotted and photographed in the area.

HK hatched at Norfolk Botanical Garden in 2009 and is a full sibling to an eagle named Buddy that serves as the Center's education Bald Eagle.

After being hit by the vehicle, HK was taken to a local veterinarian who examined and stabilized him before he was transported to the Wildlife Center.

The Center says HK was lying down in the transport crate before he was examined but was "bright and feisty" when restrained for the examination by Dr. Ernesto, along with veterinary student Lauren and visiting veterinarian Dr. Kaleigh.

Blood was found inside his mouth, which indicates internal trauma, and a fracture was found in his right leg near the hock joint. Radiographs confirmed the fracture and also showed signs of lung bruising.

HK has been given fluids, anti-inflammatories, and pain medication.

On Tuesday, Dr. Ernesto performed surgery on HK, placing 5 pins in HK's leg, above and below the fracture site.

After the pins were placed, two external stabilizing bars were attached to the pins on either side of the leg to offer support as the eagle heals.

The Wildlife Center of Virginia says the surgery went well and HK will now focus on recovery and rehabilitation.

If all goes well, it will take about five weeks for HK's leg to heal entirely.

Stay with News 3 for more updates on HK! 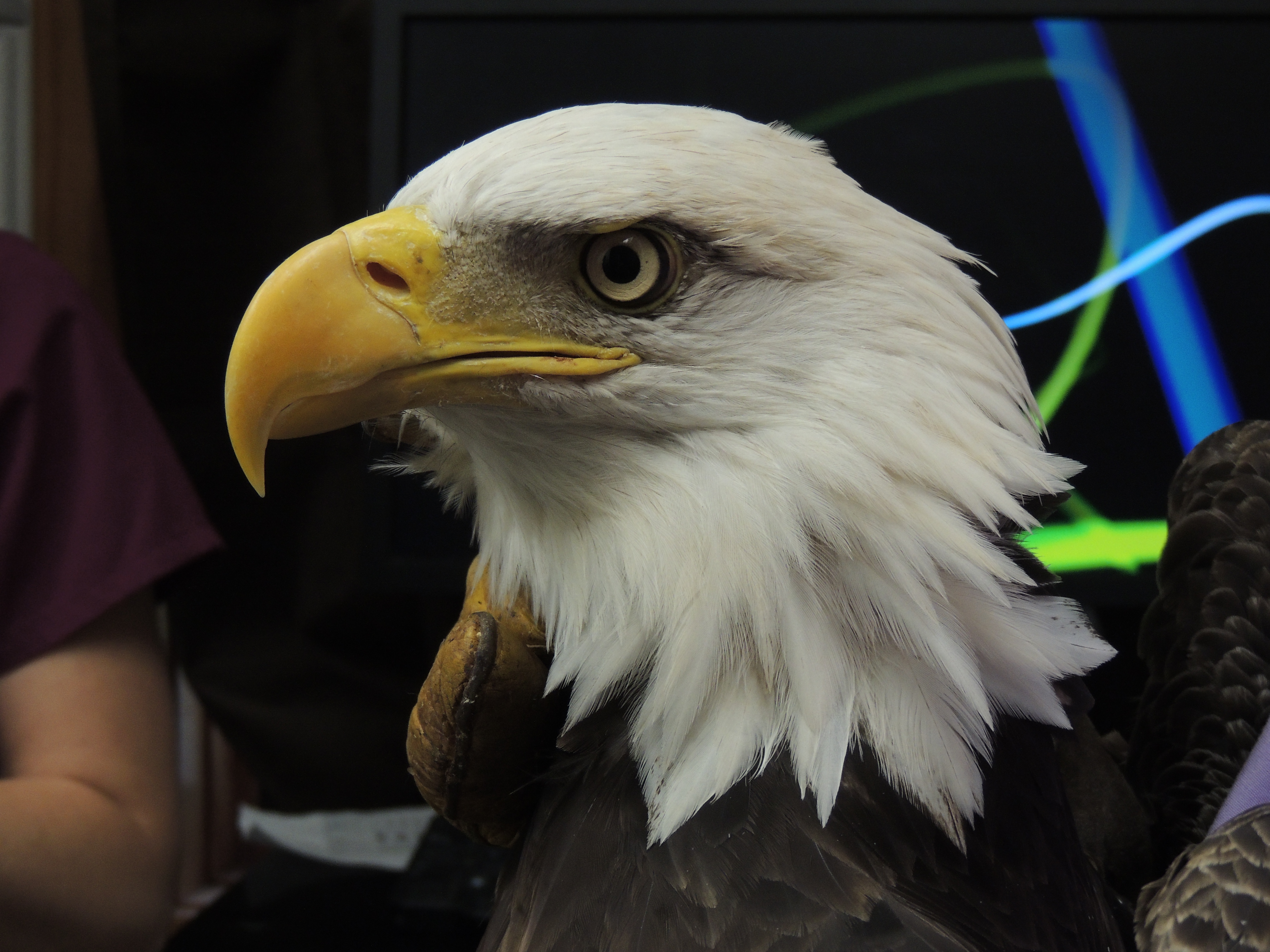