VIRGINIA BEACH, Va. - Ahead of Hurricane Irma hitting Puerto Rico, a Hampton Roads based  task force is deploying to help.

Irma is expected to arrive off the coast of Puerto Rico sometime Wednesday.

VA-TF2 members started arriving at the Virginia Beach Fire Training Center Monday afternoon. They loaded up gear and got their final pre-deployment briefing before departing.

Six members of the team arrived in San Juan around 10:15 Tuesday morning, along with all of the equipment. The rest of the team was expected to arrive by 6:00 Tuesday evening.

The 45 members deploying are part of a regional FEMA team.  The Virginia Beach Fire Department is the sponsoring agency for VA-TF2 but in addition to VBFD, firefighters from Chesapeake, Norfolk, Portsmouth, Hampton, Newport News, James City County, and Williamsburg Fire Departments make up the team headed to Puerto Rico.

Three non-affiliated members of the task force include a doctor, and canine handlers.  Combined, the task force members specialize in heavy / technical rescue, HAZMAT , water rescue, structural collapse, and all aspects of search and rescue operations.

Virginia Task Force 2 is one of several FEMA Urban Search and Rescue Teams located across the nation. 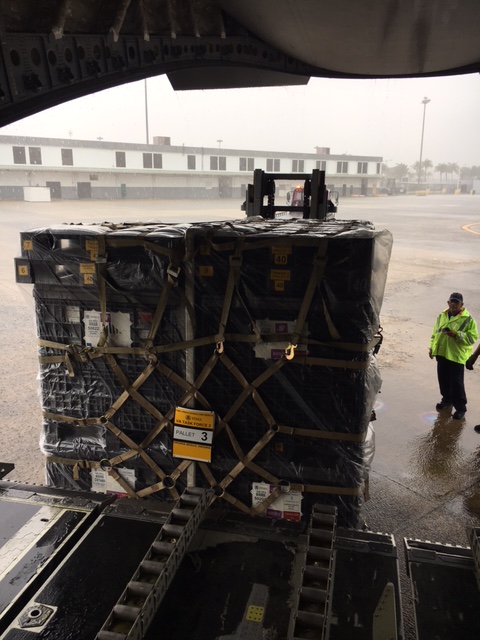