Norfolk recognized as fourth most popular city for mobile millennials 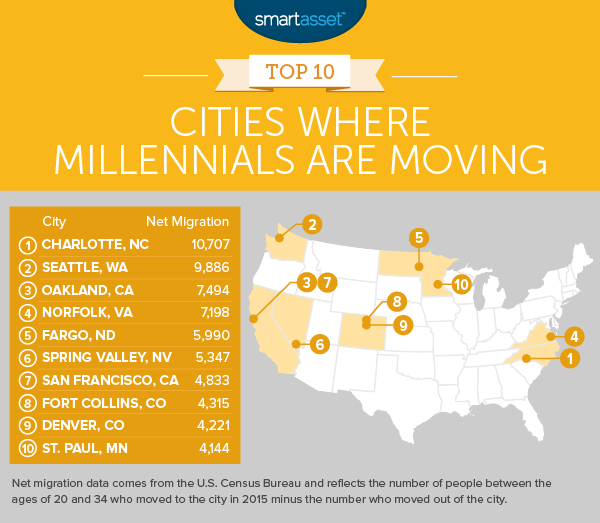 NORFOLK, Va. – Virginia and Norfolk ranked among the most poplar destinations for millennials in the United States, according to SmartAsset which analyzed data on immigration and emigration from the Census Bureau for 2015.

The finance technology company headquartered in New York accomplished this by comparing the amount of millennials leaving an area, and compared it to those moving into that area.

They also found that the mobility rate of young adults is the lowest it has been at in 50 years.

Millennials make up the age demographic of 20 to 34, and represent three percent of the Norfolk population.  38 percent of millennials entering Virginia are moving to Norfolk which makes it the most moved to city by millennials in the state, according to the report.

Norfolk wasn’t the only city in Virginia to be represented in top U.S. cities with Millennial growth.  Newport News and Richmond both ranked 16th and 17th respectfully.  Newport News saw a growth of 3,215 millennials to its city, while Richmond gained 3,141 according to the 2015 U.S. Census.