NEWPORT NEWS, Va. - A group marched outside of the courthouse on Wednesday morning following the death of a dog last week while in the care of Coastal Dog Services. 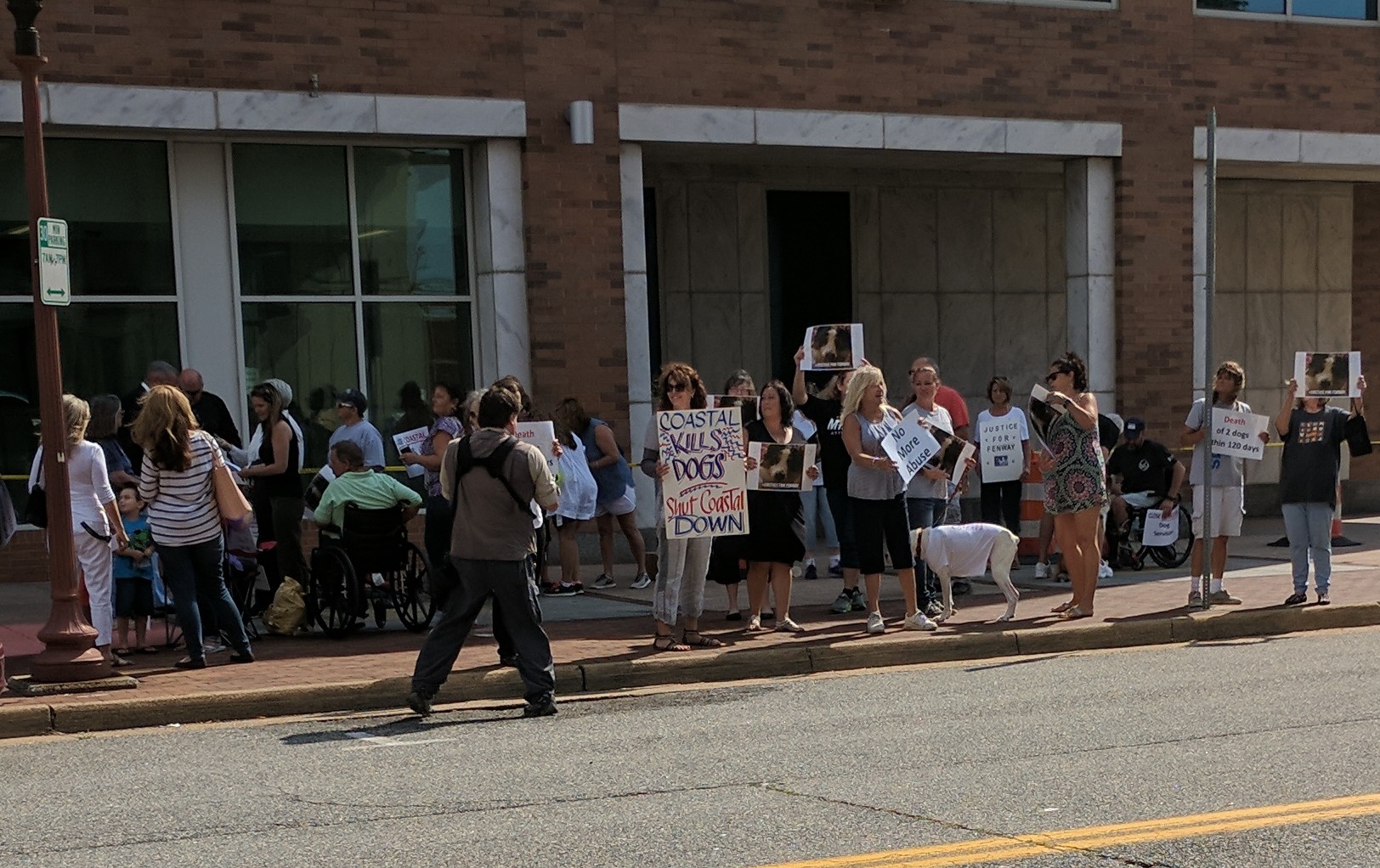 Fenway, an Australian Sheppard puppy, died after a stay at the kennel, according to the dog's owner Jason Fox. The owner of Coastal Dog Services, Rick Tvelia, told News 3 his employees believed the dog's collar got caught on a fence, leading to injury. "It was an accident," he said during an interview last week.

Fox says Fenway's injuries were very severe and believes the dog was attacked at the kennel. He says Fenway underwent several surgeries before dying from the injuries late last week.

"It's almost like losing a child," Fox said Wednesday. "We've had him since he was a baby."

Animal Services continues to investigate Fenway's death, according to a city spokesperson. At this time, no charges have been filed in that case.

Following his dog's death, Fox is advocating for more protections in state law for pets, as well as more controls over kennels. "Our sadness kind of turned to anger," he said. "Now, every ounce of me is going to make sure that things like this never happen again."

The business and an employee are facing a misdemeanor animal cruelty charge after another dog died while in their care earlier this summer, separate from the most recent incident. The business was supposed to face a judge Wednesday, but the reason for the hearing was resolved ahead of time. Coastal Dog Services is due back in court in October.  The employee, Jennifer Lewis, is also due back in court during the same month.