Prince George unfazed as he arrives for first day of school 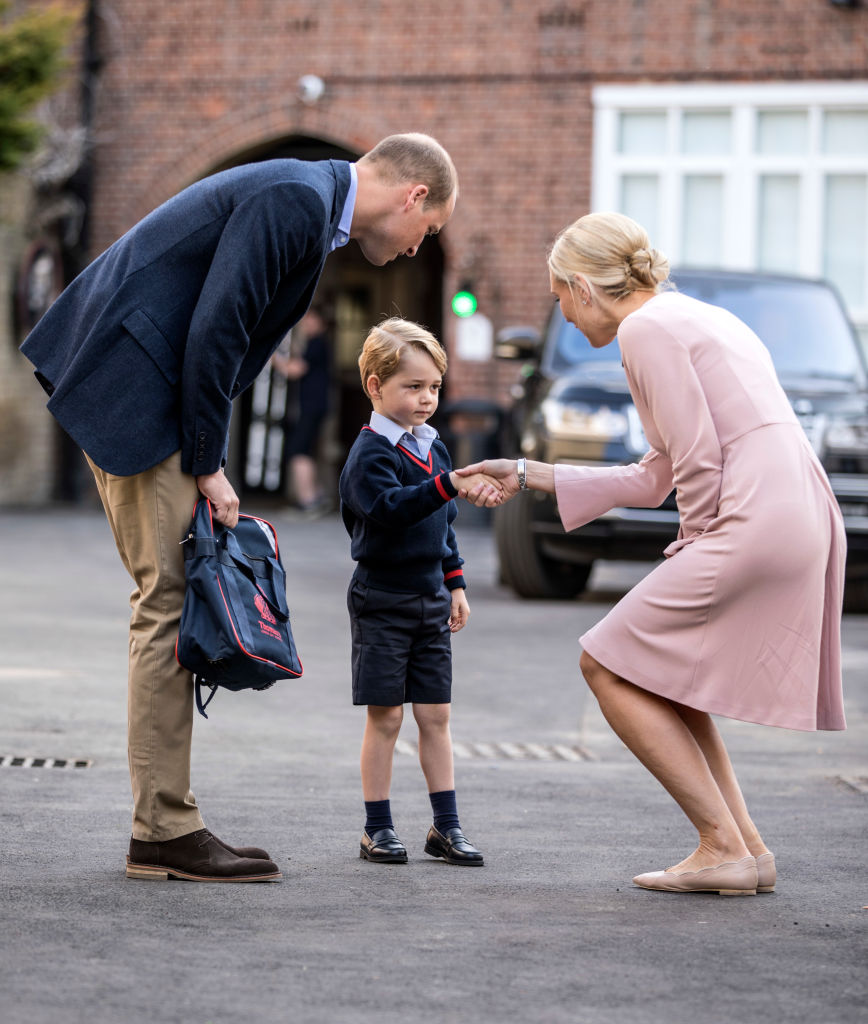 Prince George arrived for his first day of school with his father Prince William on Thursday, but illness prevented his mother from joining them.

The Duchess of Cambridge, the former Kate Middleton, is suffering from hyperemesis gravidarum, which involves nausea and vomiting more severe than the typical morning sickness many women suffer during early pregnancy.

On Tuesday it was announced that the royal couple is expecting a third child.

But it was George who took center stage on Thursday. Seemingly unperturbed by his new environment, the young prince, age 4, clutched his father’s hand as he made his way into Thomas’s Battersea, an independent fee-paying school in south London costing £17,604 ($23,000) a year.

Wearing his navy uniform, George shook hands with the head of the lower school, Helen Haslam, before entering the facility.

The prince’s new school has been described as “a big, busy, slightly chaotic school for cosmopolitan parents who want their children to have the best English education money can buy,” according to the UK Good Schools Guide.

George is the eldest child of the royal couple. They also have a daughter, 2-year-old Princess Charlotte.

The Duchess was only a few weeks pregnant with Prince George in 2012 when she had to be hospitalized for the same condition, leading to an early announcement. During her second pregnancy, she was treated at Kensington Palace.