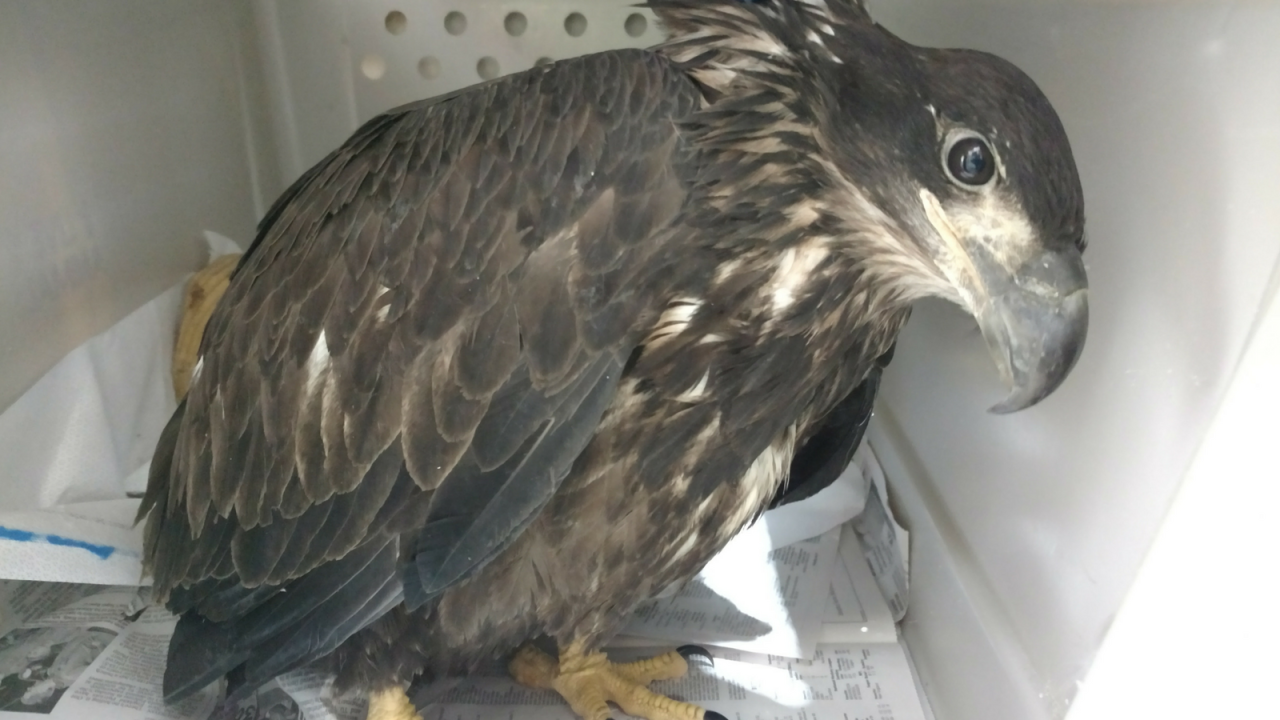 Both eagles hatched earlier this year. Bald Eagle #17-0879 was found on the ground in Essex County on May 10 and likely had fallen from its nest. The eaglet was initially taken to permitted wildlife rehabilitator Diana O’Connor and was admitted to the Center on May 11. Its assigned name comes from the fact that it was the 879th patient admitted in 2017.

After a physical examination, which revealed that the eaglet was thin due to dehydration, the eaglet received fluids and a dose of anti-fungal medication. It was then moved to an 88 by 16-foot enclosure with an “eagle loft,” or an attached anteroom for housing young birds. The loft area allows young eaglets to see adult birds flying in the larger flight pen.

Bald Eagle #17-1354 was found on the ground in Chesapeake on June 8. It reportedly had killed and eaten a backyard chicken, and a homeowner called Nature’s Nanny Wildlife Rehabilitation when the eagle was unable to fly away. A volunteer transporter drove the eaglet to the Wildlife Center that same day.

After a physical examination, it was determined that the eaglet was bright and alert but very thin with lice and flat flies. It was given fluids and was placed in a crate in the Center’s holding room for several days of additional observation. The eaglet was moved to outdoor Flight Pen A-3 on June 10.

Both eagles have spend the past few months in outdoor flight pens learning to fly and slowly building up strength and stamina. The Center’s veterinary and rehabilitation staff have determined that they are ready to be returned to the wild.

The release is free and open to the public. If you would like to attend, please RSVP to the Center at lkegley@wildlifecenter.org. Attendees are asked to meet at the Park’s Visitor Center.