For first time in 300 years, no one is living on Barbuda

When Hurricane Irma ravaged the island of Barbuda in the Caribbean, the ferocious storm “extinguished” the isle’s way of life and left the beautiful spot “uninhabitable.” And, now, for the first time in a few centuries, no one lives there.

“The damage is complete,” Ronald Sanders, the Antigua and Barbuda ambassador to the United States, told Public Radio International. “It’s a humanitarian disaster.”

“For the first time in 300 years, there’s not a single living person on the island of Barbuda — a civilization that has existed in that island for close to, over 300 years has now been extinguished.”

Sanders made similar remarks in an interview with CNN.

Antigua and Barbuda — which is located southeast of Puerto Rico and where the Atlantic Ocean and the Caribbean Sea meet — became a sovereign state in the British commonwealth in 1981. Its population in July was estimated to be 94,731, with 97% of the population living on the island of Antigua, the CIA World Factbook said.

The majority-Christian and the majority-English speaking nation is reliant in large part on travel and tourism and has financial services businesses. But tourism is its bread and butter — accounting for nearly 60% of its GDP.

When the storm hit, Antigua received minimal damage but the storm obliterated Barbuda’s infrastructure, flattening structure after structure. At least one death was reported. Rescuers evacuated residents to Antigua and a state of emergency has been declared.

“We’ve tried to make living accommodations as good as humanly possible in these circumstances. Fortunately, we had planned ahead for this hurricane, and we had ordered supplies in from Miami and the United States before the hurricane hit,” Sanders told PRI.

He told CNN about 1,700 people were evacuated from Antigua to Barbuda and said others went to Antigua on their own.

The living conditions aren’t perfect and they can be “cramped,” he said. But the evacuees are safe and the young people from Barbuda will be going to school in Antigua, for the time being.

“It’s government facilities in which they are being located. We’ve opened some others. We’ve taken a nursing home for instance and converted that into accommodation and Antiguans have been very generous in opening their homes to some of the Barbudans, particularly those with young children,” he told PRI.

The government believes that while some Barbudans might choose to stay in Antigua even after their island is rebuilt, many will want to go home.

It’s a small island, 62 square miles, and its residents have a strong sense of belonging. That’s where their ancestors are buried, Sanders said.

“Generations of people have lived on that island. They know nothing else. The commitment to that island is extremely strong. They have a strong sense of who they are,” he told CNN.

The government intends to rebuild the island, which will take time. International humanitarian help is needed in what is a gargantuan job, Sanders said, adding that the small island community can’t rebuild without such assistance.

Prominent voices, such as actor Robert de Niro, are urging help for the island. Wealthy individuals have made donations that add up to around $5 million or more and countries have come forward with immediate relief.

The country is thankful for the help but Sanders notes that a few million dollars is a “drop in the bucket.” A massive effort is required, he told CNN.

“We’re a $1 billion economy facing a $250 million problem,” he said. “We need to look at how we get this island back into shape.”

He can’t give a timetable for any of the steps to rebuild. It all depends on how much funding the country can raise.

The first thing to do now is clean up so construction can start on buildings strong enough to withstand hurricanes.

“The island is not exactly safe for anything to happen,” he told CNN, saying it is filled with dead animals, water flies and rubbish everywhere.

Electricity must be re-established and water needs to flow again.

Antigua and Barbuda is in a different situation from other hard-hit Caribbean islands that are territories of larger and richer nations that can step in to help rebuild: the United States, the United Kingdom, France and the Netherlands, for example.

“Antigua is a tiny place, and we have no godfather,” Sanders told CNN.

Officials are envisioning assembling a donors conference, he said, where international agencies and nations would plan a rebuilding initiative.

He said it makes sense for larger industrial nations to help out his small and pristine country because of climate change.

“We are the victims of greenhouse gases. We contribute little to pollution,” he told CNN. “We are hoping our neighboring countries can respond.”

The country would have been hurt even worse if Antigua had taken the same kind of beating from Irma that Barbuda did, Sanders said. But it has been spared and the tourist industry is still functioning well.

Sanders describes the “remarkable beauty” of Barbuda and its beaches.

“Crystal clear water with pink sand beaches. You stand in that water up to your neck and you can look down and see your toes,” he said.

While rebuilding Barbuda is a daunting task, the alternative of abandoning the island is “crazy,” Sanders said.

It would become a haven for drug traffickers if it is left alone. 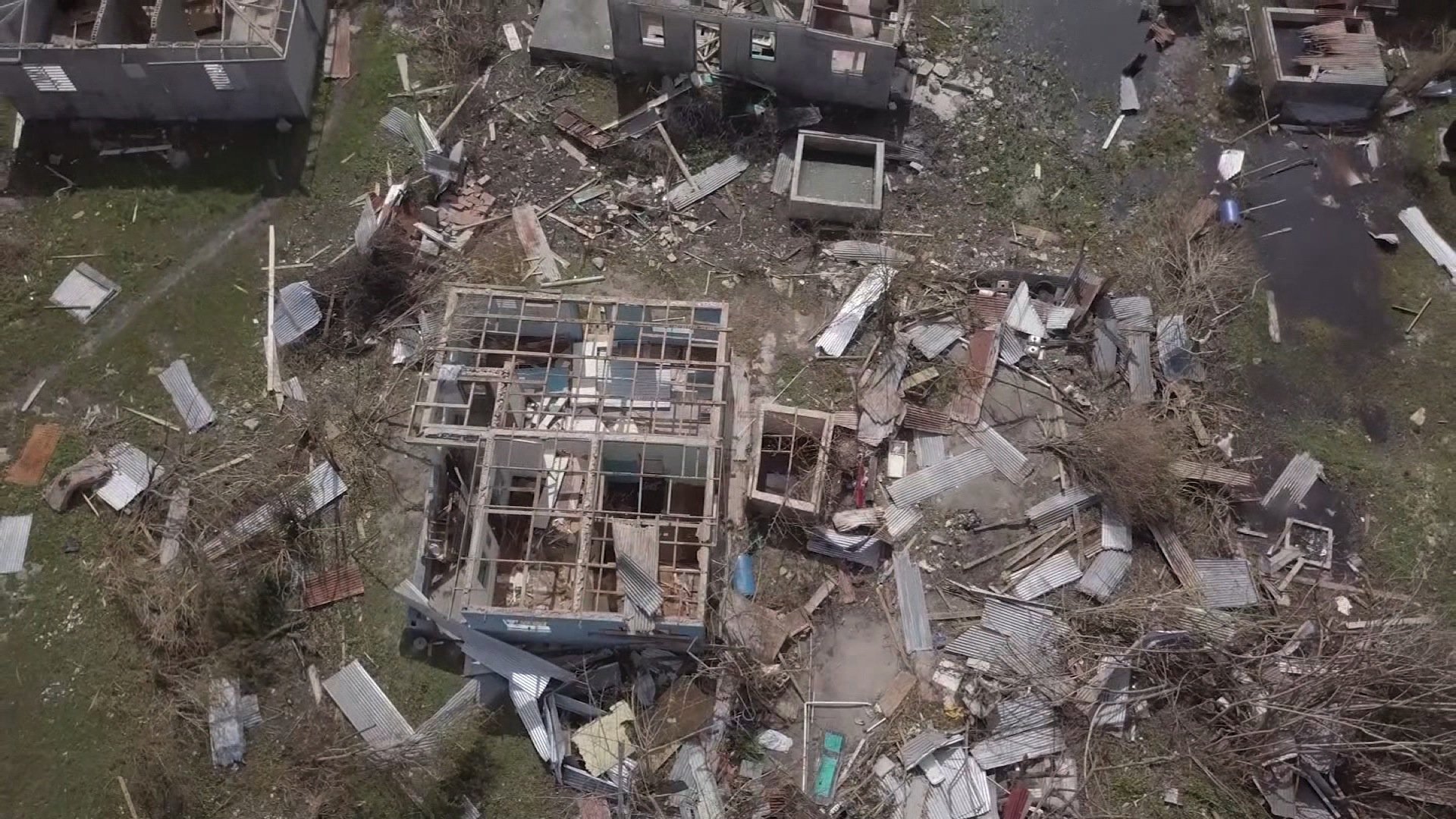