SAN DIEGO, Ca. - A woman who made naval history not once, but twice, has retired.

Vice Admiral Nora Tyson was relived as commander of the U.S. 3rd Fleet during a change of command and retirement ceremony on the USS Theodore Roosevelt (CVN 71) Friday.

During the ceremony, Tyson retired from active duty after 38 years of service to the Navy.

Commander of U.S. Pacific Fleet, Admiral Scott Swift, spoke during the ceremony, noting that when Tyson was commissioned, the opportunities for women were much different.

"Women were not allowed to serve in combatant ships, and they'd only just been given the opportunity to serve on sea duty aboard support and auxiliary ships less than a year prior. But for those of us that know her well, Nora was never one to let apparent obstacles get in the way of success," said Swift.

In July of 2010, Tyson became the first woman to command a carrier strike group when she took control of the George H.W. Bush Strike Group.

Tyson was in charge of 13 ships, 80 aircraft and roughly 9,000 Sailors as the commander of Carrier Strike Group Two, taking the group on its maiden deployment.

Then in July 2015, Tyson made history again when she became the first woman to command an operational numbered fleet when she assumed command of U.S. 3rd Fleet.

"She would tell you that she was simply the beneficiary of fortunate timing, but any who have had the privilege to work with and for Nora know that she has earned her position through her tireless work ethic, her outstanding leadership, her unwavering pride in service, and her love for Sailors. Without a doubt, she was the best person for the job," Swift said.

Tyson acknowledged the barriers she's broken but noted she is even more proud to be part of a Navy where those milestones are in the past.

"As leaders, we know we do not succeed on our own. We are here because of the people who put their faith in us - the officers who pushed us beyond our comfort zones, the chiefs who molded us into naval officers, and perhaps most importantly, we are here because of all those incredible men and women we've been privileged to lead and mentor along the way - the Sailors and officers who placed their trust in us to make the right decisions," said Tyson.

During the ceremony, Swift also presented Tyson with her second Distinguished Service Medal in recognition of her exceptional meritorious service to the United States Navy. 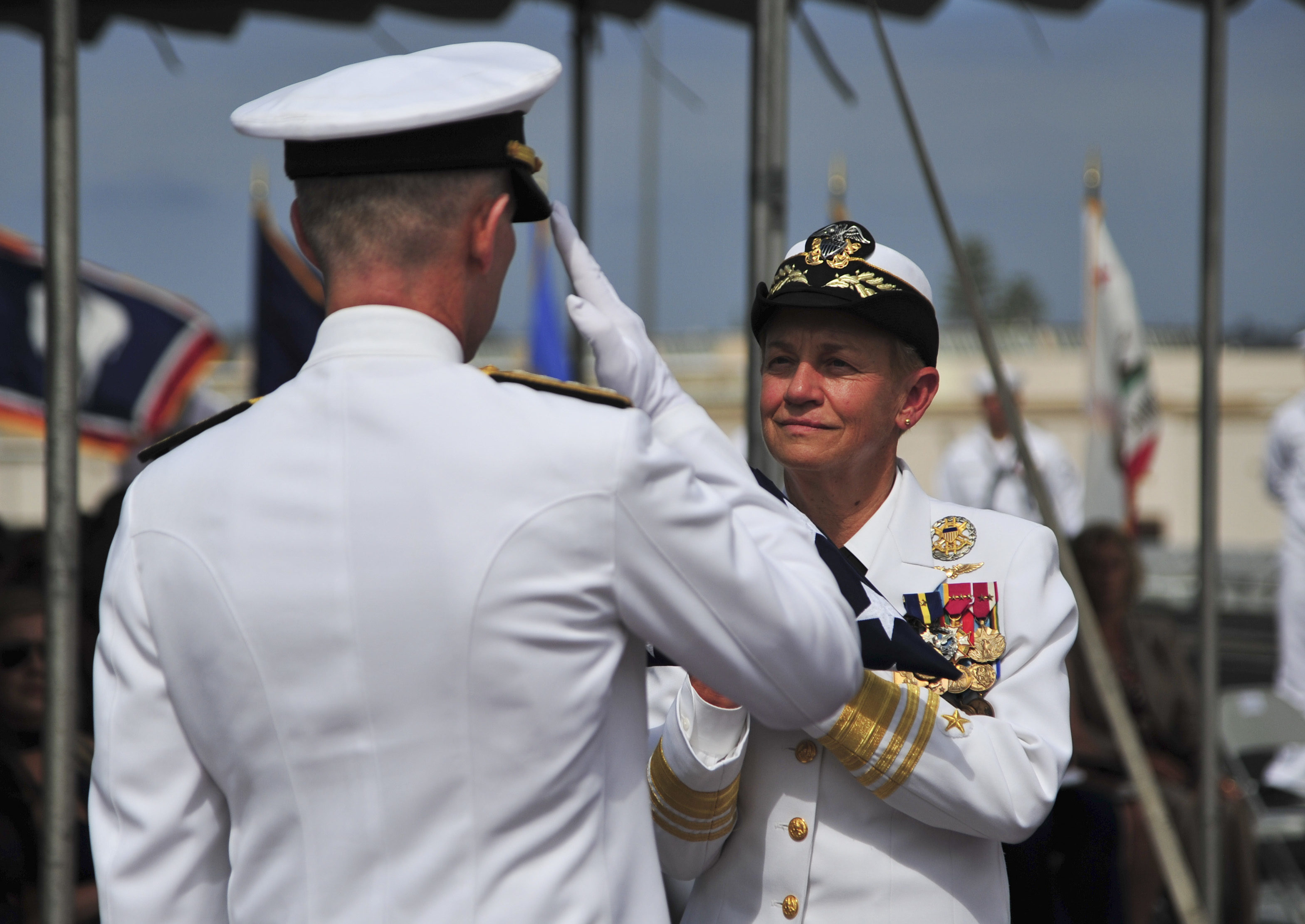