“Irma the conditions were probably heavy tropical storm, light hurricane conditions. Maria was a total different ball game for our task force riding that storm out. I would say it was very intense here at our base of operation,” Barakey said.

Virginia Task Force team 2 along with task force teams from Fairfax , Miami and Miami Dade arrived on the Island on Monday and immediately went to work.

“Our base of operation received water damage it was breached. We did a lot of cleanup on the property to get off property So yesterday was completely getting able so we could leave this morning at first light,” Barakey said.

After working to dig themselves out after Maria, the team is focused on running reconnaissance missions today.

“Most of the roads are not passable and it’s figuring out how you need to get where you need to go,” Barakey said

Strong wind and downed trees, power lines and debris are the only obstacles separating the team and the people of Puerto Rico.

“We are prepared to go by helo or certainly by ground to do what we are here to do and that’s rescue or provide search and rescue operations for the citizens of Puerto Rico,” Barakey said.

The team has been away from their family for weeks, working in dire conditions but Barakey says the team is still is still in high spirits.

“We’re okay, the families are okay and today is a good day to go out and go do our mission set and that’s to go out and help Puerto Rico,” Barakey said.

Virginia Task Force 2 has sent another team to Puerto Rico to assist with hurricane recovery, just days after another team returned.

The deployment comes after Hurricane Irma caused heavy damage to the island and as the island prepares for the potential impacts of Hurricane Maria.

77 people were sent to Puerto Rico and joined three other team members who stayed behind from the last team who deployed, making a total of 80 team members.

VA-TF 2 is a FEMA Urban Search and Rescue Team comprised of firefighters from departments across Hampton Roads.  There are also non-affiliated members from the region, including canine handlers, medical personnel, engineers, logistics technicians, etc.  The team is sponsored by the Virginia Beach Fire Department. 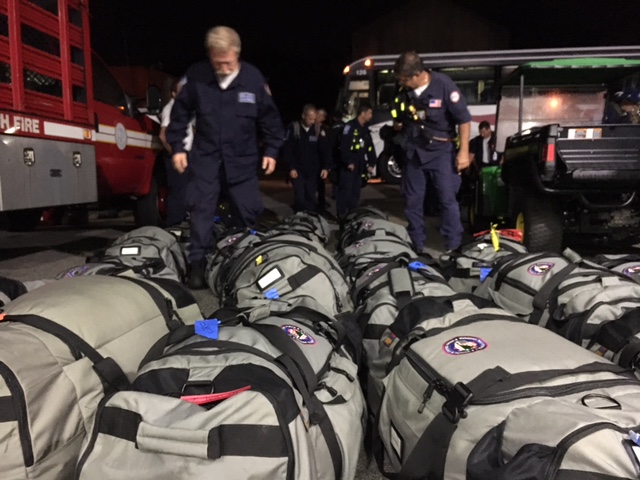