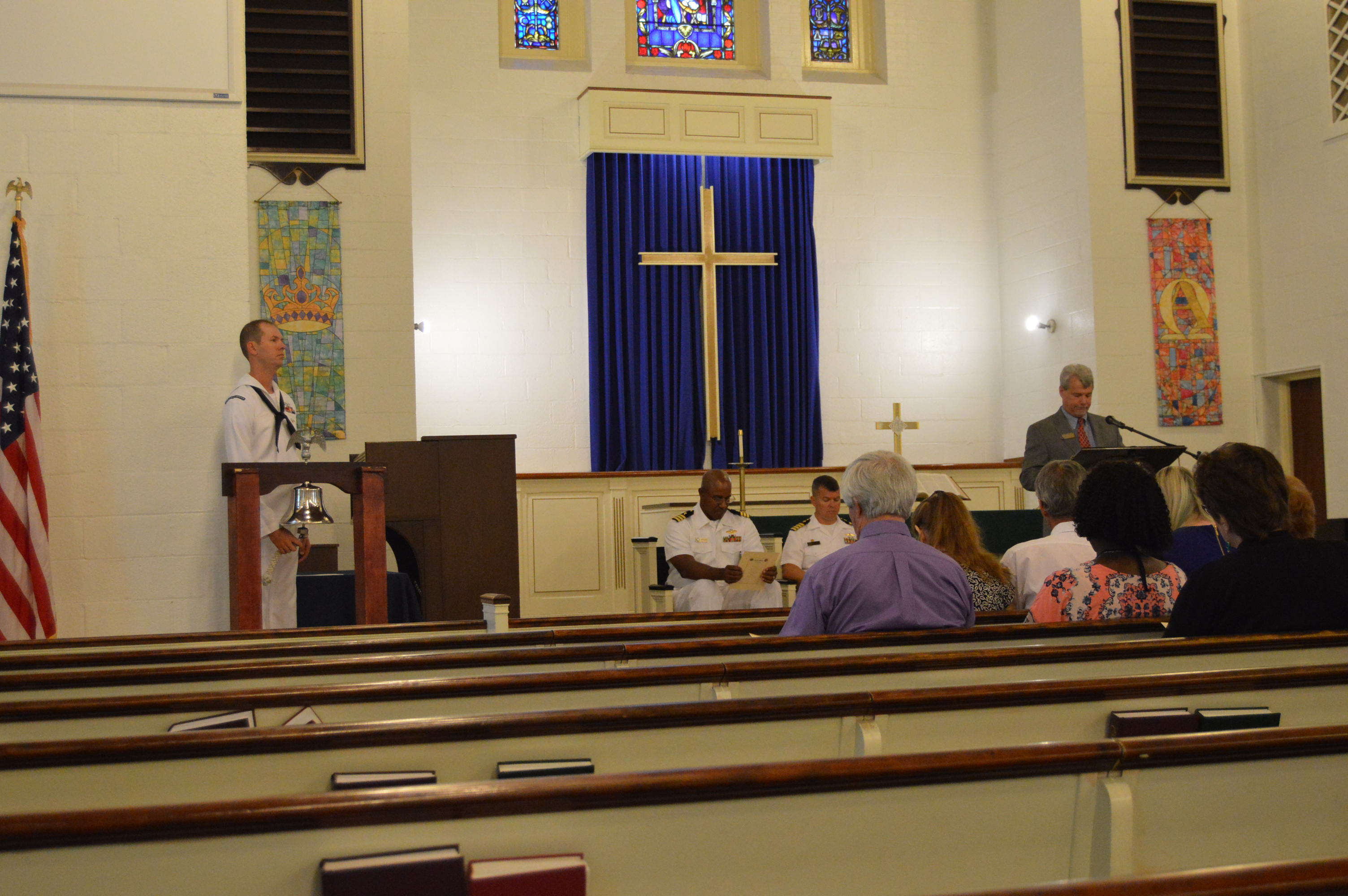 The event was held at the David Adams Chapel, and coincided with the second annual nationwide event for Bells Across America Ceremony, said Naval Station Norfolk.

“First, I would like to say that I cannot even begin to imagine the pain of losing a son, daughter, husband, wife, brother, sister, mother or father while serving their nation as a member of the United States Armed Forces,” said Capt. Rich McDaniel, NAVSTA Norfolk Commanding Officer, who provided remarks at the ceremony.

Bells Across America is a memorial event to honor and remember fallen and deceased service members, bringing together the military community and survivors to commemorate the lives and  service of the fallen.

Navy Gold Star is the Navy’s official program for providing long-term support to surviving families of Sailors who pass away while on active duty.