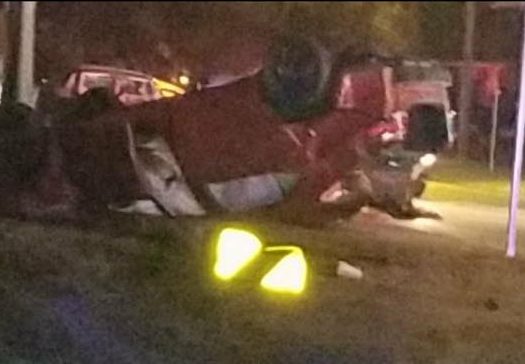 NORFOLK, Va. – A 15-year-old is facing multiple charges after a carjacking ended in a crash.

On September 21 around 5:45 p.m., police responded to the 2600 block of East Virginia Beach Blvd. for a report of an armed robbery.

When officers arrived, they spoke with the victim, a 22-year-old woman. The woman told police that when she returned to her car, two men walked up to her and one of the men pulled out a gun.  She told police the man demanded the keys to her car. She gave him the keys and both men drove away in her white Honda CRV.

Later that night around 7 p.m., police were called to the 1300 Virgilina Avenue for a report of an armed robbery.

When police arrived, a 19-year-old man told them that while he was outside of his home, a white SUV pulled up and a man got out of the SUV with his face covered. The suspect pulled out a gun and demanded the keys to the victim’s red Toyota. The victim gave the suspect the keys, and the suspect drove away in the Toyota. There were no reported injuries.

Around 9:25 p.m., police received a tip that the red Toyota was traveling on East Little Creek Road and Chesapeake Blvd.

The driver, a 15-year-old, was taken into custody. He received minor injuries from the crash and was treated on scene. There was no one else in the car and no other vehicles were involved in the crash.

He is currently being held in a juvenile detention center.

Police are still looking for the white Honda CRV and ask anyone with information about these incidents to call the Crime Line at 1-888-LOCK-U-UP.