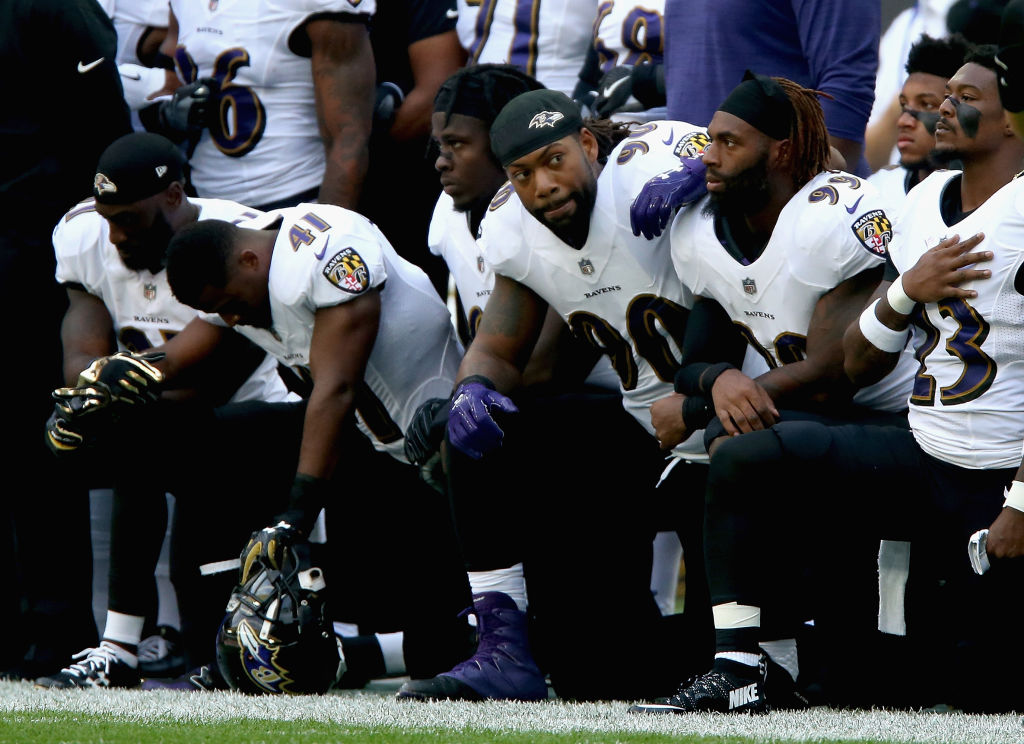 President Donald Trump renewed his criticism Sunday of NFL players taking a knee during the national anthem, slamming the league’s ratings and saying players should be fired or suspended for such protests.

“If NFL fans refuse to go to games until players stop disrespecting our Flag & Country, you will see change take place fast. Fire or suspend!” he tweeted early Sunday.

The tweet came the morning after Trump took on two of the country’s most popular sports leagues by withdrawing the White House invitation for the NBA champion Golden State Warriors and by calling for NFL owners to fire any “son of a b****” who “disrespects our flag.”

Players and league officials, including NFL Commissioner Roger Goodell and Cleveland Cavaliers star LeBron James, took issue with Trump’s remarks. Even singer Stevie Wonder had something to say, taking a knee at one of his concerts.

Analysts predict even more protests as the NFL’s Sunday games get underway with the Jacksonville Jaguars and Baltimore Ravens facing off in London this morning.

Six-time Pro Bowler and Super Bowl champ Terrell Suggs was atop the list of Ravens players taking a knee before the game in London. Alongside him was retired Ravens legend Ray Lewis, who locked arms with wide receiver Mike Wallace and linebacker C.J. Mosley.

Other coaches and players locked arms during the anthem.

At least a dozen Jaguars took a knee during the anthem, including defensive standouts Calais Campbell and Jalen Ramsey, as well as their No. 4 draft pick, running back Leonard Fournette.

Other players locked arms, as did the coaching staff and Pakistani-American team owner Shad Khan.