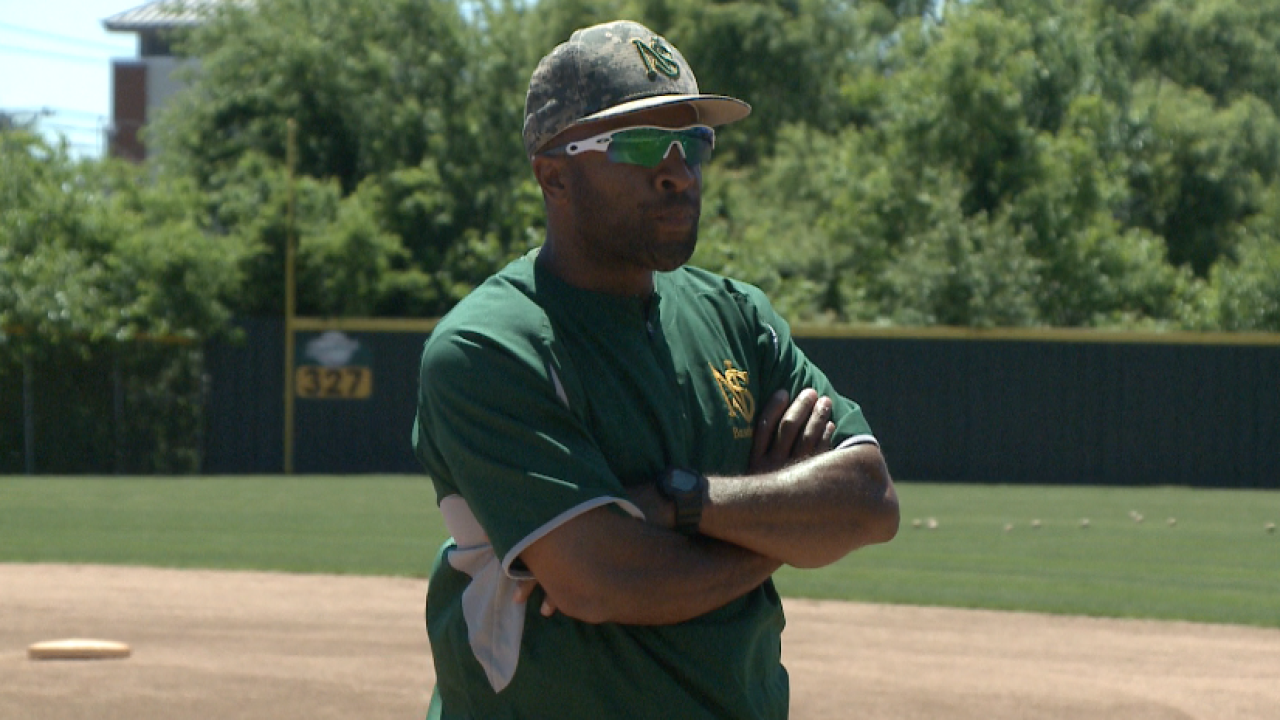 Claudell Clark has resigned, and will become director of development for Norfolk Festevents.

Clark compiled a 287-332-1 record as head coach of the Spartans and guided the Spartans to the first three MEAC Northern Division titles in school history from 2015 to 2017. In addition, Clark’s teams advanced to the MEAC Tournament championship round seven times in his tenure, including the last two years.

Three of Clark’s players were drafted by Major League Baseball programs, including two (pitchers Devin Hemmerich and Alex Mauricio) in the 2017 draft alone. His players won the last three MEAC Pitcher of the Year awards, while Mauricio became the school’s first-ever MEAC Player of the Year after this past season.

“I am truly grateful to Marty Miller and the NSU Department of Athletics for allowing me to serve as head baseball coach and assistant athletics director,” Clark said. “It’s been an unbelievable experience to have coached so many successful student-athletes and to have worked alongside a number of knowledgeable coaches. It is also rewarding to have been part of a program that has accomplished great things on the field and one that has had such a positive influence in the community.”

Clark’s tenure was also marked by a number of program enhancements. He was instrumental in the formation of the yearly exhibition series with the Triple-A Norfolk Tides and spearheaded field improvement projects such as the installation of a new LED scoreboard. He also helped implement the First Pitch Dinner to celebrate the opening of the season in addition to numerous community service projects that have enabled the program to give back to the surrounding Hampton Roads area and increase its profile.

Shumate, who was hired to serve as an assistant coach last month, has nearly 20 years of experience as a head coach on the collegiate level. From 1996-2011, Shumate won 304 games as head coach of North Carolina A&T, including a MEAC title and NCAA regional berth in 2005 and a program-record 31 wins in 2010.

Following his stint at N.C. A&T, Shumate was head coach from 2013-15 at Louisburg College in North Carolina, where he helped the Hurricanes junior college program to a first-place regular-season conference finish in 2013 and to a runner-up finish in the Region X Tournament in 2014. He is a 1988 graduate of and former baseball player at Western Carolina.

“I have always admired NSU Baseball because of first, Marty Miller, and then, Claudell Clark, and the quality young men playing in the green and gold,” said Shumate, who coached against both Miller and Clark in his days at N.C. A&T. “I am so happy for Coach Clark’s exciting new opportunity. It is an overwhelming honor and privilege to follow in the enormous footsteps of those two individuals.

“I am so very thankful that Coach Clark brought me here to NSU. While no one can replace a Claudell Clark, my focus will be the education and the overall quality experience of our student athletes and giving my very best to my players and assistant coaches.”

Clark added: “I feel that the coaches that are in place will continue to develop our current student-athletes athletically and academically and possess the experience to ultimately elevate the program to an even higher level of competitiveness.”

Clark, who served as NSU’s head coach for 13 years and also as assistant athletics director for external affairs the last two, has accepted a position as director of development for Norfolk Festevents.