WILLIAMSBURG, Va. —Around 11 p.m. Thursday night,  crews from the York County Department of Fire and Life Safety were sent to the report of a house fire in the 700 block of Schooner Boulevard in the Bruton area of York County.

Upon arrival,  crews found a two story home in flames. Officials say the occupants had escaped the residence but two cats remain unaccounted for. One person was treated on scene for smoke exposure.

Residents said the smoke alarms were operating, according to a release.  An adjacent home received some heat damage.

Units from James City County Fire Department and Williamsburg Fire Department assisted on scene along with the York- Poquoson Sheriff’s Office. The Red Cross has been notified and is assisting the family.

Officials say the fire is out; however, units remain on scene assisting with the investigating the cause of fire and conducting overhaul operations. 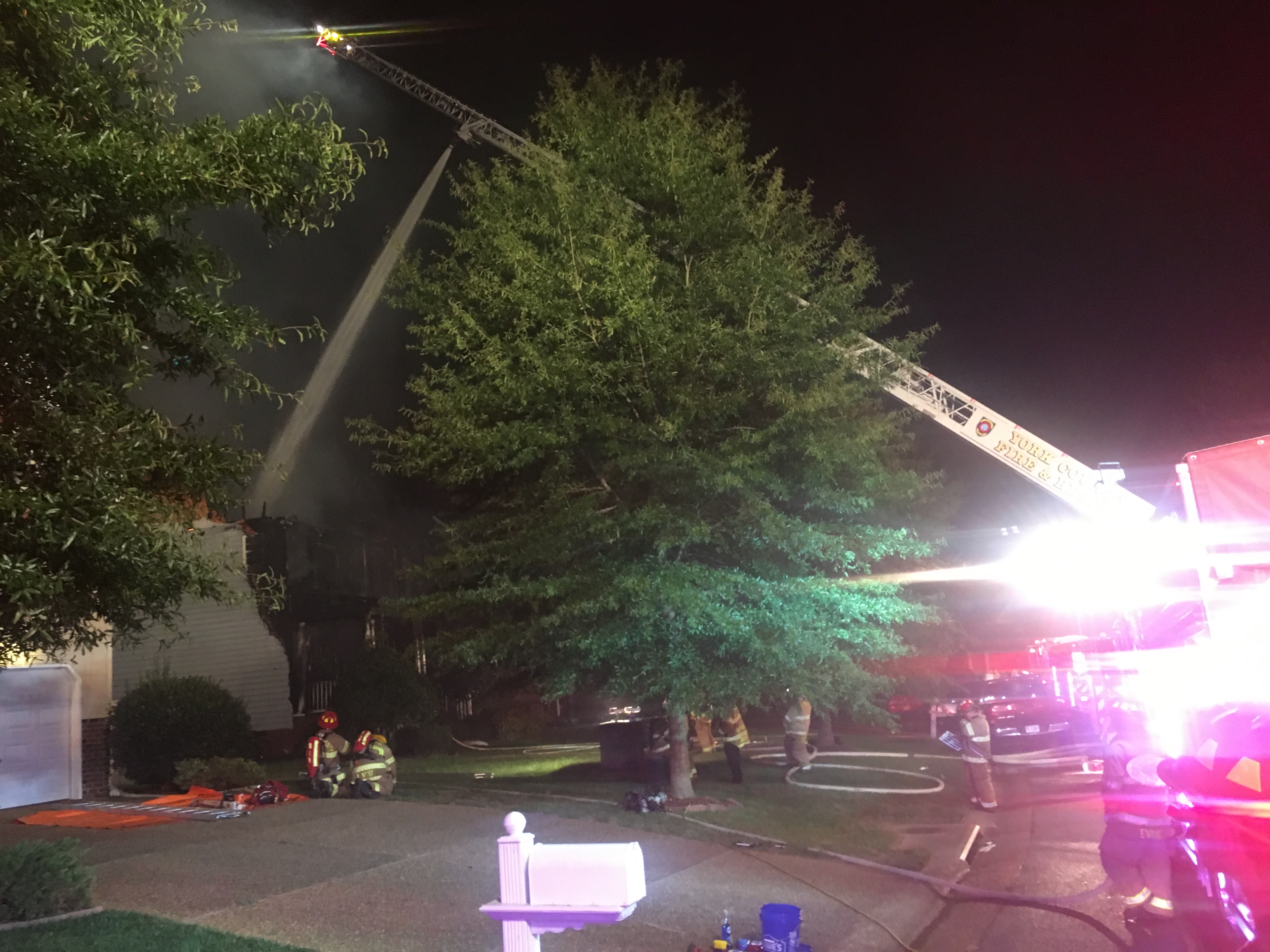