Arrest made in connection to Chesapeake apartment complex fire 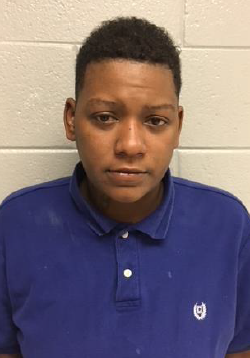 CHESAPEAKE, Va. – Authorities have arrested a Chesapeake woman in connection to an apartment fire that happened Saturday.

Katchona Elicia Johnson, 31, has been charged with communicating a threat to burn a dwelling and arson of an occupied dwelling, both felonies.

Fire officials were called to the 1300 block of Ivy Trail just before 3 a.m.

When they arrived, they found smoke and flames coming from the front of the two-story complex.

Crews were able to get the fire under control at 3:32 a.m.

According to fire officials, one person jumped from a second story window and was injured, while two other residents were taken to the hospital due to smoke inhalation. All of their injuries are non-life threatening.

The fire extended to multiple apartments and caused smoke and heat damage to nine units.

Ten people will be displaced due to the fire and have made their own living arrangements.

The Red Cross says that they are also helping people that were displaced.