Michael Case has a lot of loved ones in Hampton Roads. The former Norfolk resident is doing a lot better than he was in May but he still has a long road for recovery.

This story made international headlines back when it happened.

Michael Case was working as an Amtrak conductor when a passenger shot him in the stomach near Chicago. He spent months in the hospital and underwent surgery and various medical procedures.

“It was a living nightmare. You never expect to go to work and get shot. Never in a million years,” said Case.

79-year-old Edward Klein was charged with attempted murder, according to police.

A psychologist ruled the Wisconsin man is not mentally fit to stand trial. Case said more needs to be done for the mentally ill in this country.

Case also said he finds fault with how easy people can get guns.

“Not everyone should have a gun and not everyone can handle a gun. There needs to be a better system in place to monitor and track these guns,” he said.

Case still has a long way to go as he works to regain strengthen. He can’t eat foods with spice or a lot of fiber or drink beer, and his colon needs more surgery.

He said every day is a challenge.

“Being the man and head of your household and move really being the weakest link, right now it's hard, it's hard for me to deal with that,” said Case.

He praised his supportive wife who slept with him every night at the hospital. He said he doesn’t know if he would have made it without Sarah Case, a Lake Taylor High School graduate by his side along with love from friends, family and complete strangers.

Case served in the Navy and was stationed here for several years.

He’s scheduled to have another major surgery next year. 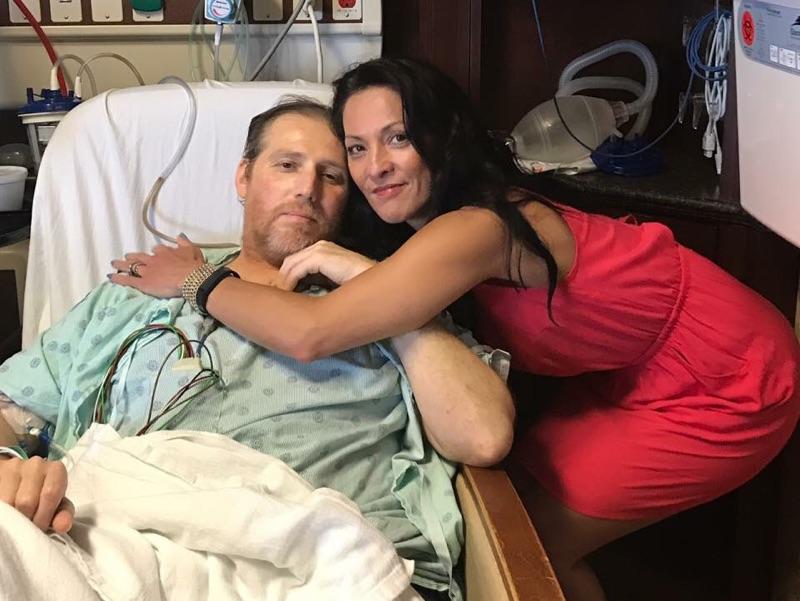