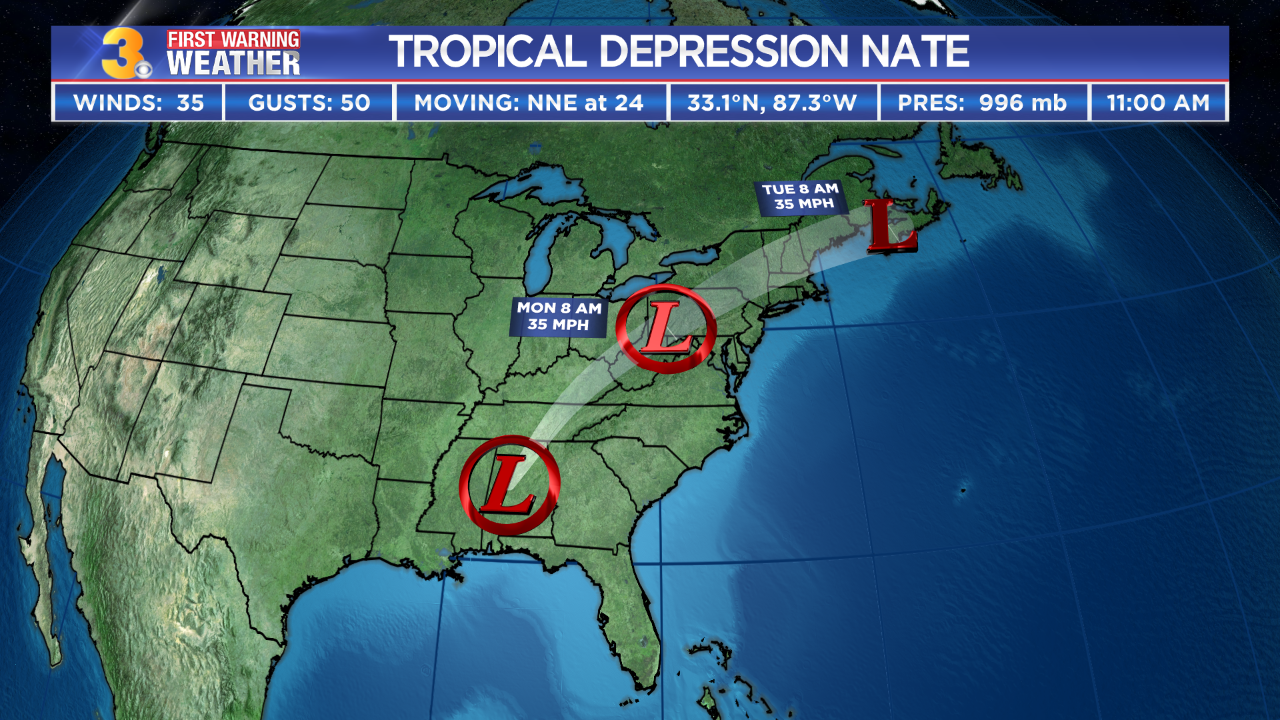 MIAMI – Nate was downgraded to a tropical depression late Sunday morning as it continued to move inland, the National Hurricane Center said.

The storm made its second landfall early Sunday morning as a Category 1 hurricane and had been steadily weakening ever since.

Its maximum sustained winds had dropped to 35 mph, the center said, adding that elevated water levels from storm surge in areas along the Gulf coast would “gradually subside (Sunday) afternoon.”

The hurricane center discontinued all warnings and advisories as a result of the weakening of the storm.

Nate made its second US landfall near Biloxi, Mississippi, shortly after midnight local time Sunday as a Category 1 hurricane. Hours earlier it had made its first US landfall near the mouth of the Mississippi River in southeast Louisiana, with winds of 85 mph the hurricane center reported Saturday night.

It was the first hurricane to make landfall in Mississippi since Hurricane Katrina in 2005.

Nate triggered hurricane, tropical storm and storm surge warnings across a swath of Gulf states, as residents braced for the third hurricane to hit the US mainland in just six weeks.

Officials warned coastal communities of the storm surge, which is the height of water above dry ground. In Mississippi, the storm surge could reach up to 8 feet in some areas between Mississippi and the Florida panhandle, according to the hurricane center.