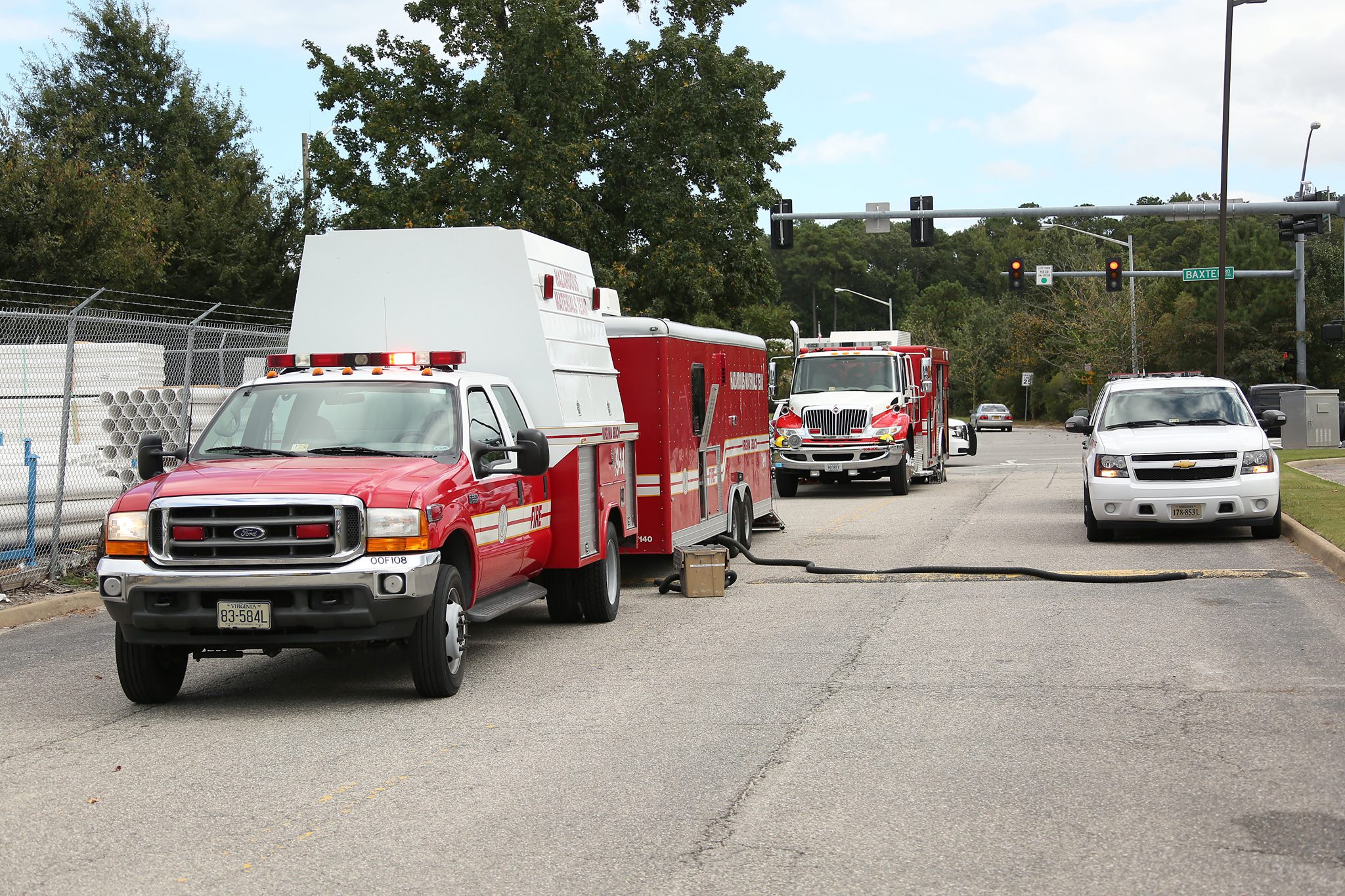 26 firefighters and seven EMS personnel responded to the spill at 2 p.m. in the 4700 block of Baxter Rd.

The spill occurred when a mixture containing potassium hydroxide spilled out during a cremation process at the funeral home.

Officials say that no firefighters were hurt, but two people sustained minor injures from chemical exposure.

Both people injured in the spill were transported to a local hospital.