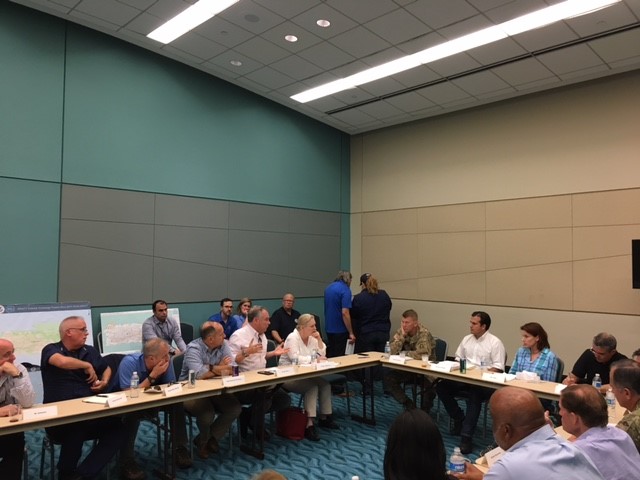 Kaine said the members of congress want to see the damage with their own eyes because they have to come up with an emergency relief package, just like they did for Texas and Florida.

Kaine was joined by a bipartisan group of senators and representatives including Kirsten Gillibrand (D.) of New York and Ron Johnson (R.) of Wisconsin.

“This devastation is catastrophic from the pictures, but also from my conversations with the governor of Puerto Rico and others on the island, but I haven’t been there yet,” said Kaine.

Kaine, who’s apart of the budget committee, said Congress will be working from now through the end of December on a major budget deal to help the island recover.

“I want to make sure that the resources that we are devoting to this emergency relief are sufficient,” he added.

Kaine, who is fluent in Spanish, said he plans on talking to many of the citizens who are directly affected by Hurricane Maria.

“I will hopefully be able to get information from them, they may be able to share some pictures with me about other parts of the island that I won’t be able to go to, I’m going to try to bring back as much of that as I can,” said Kaine.